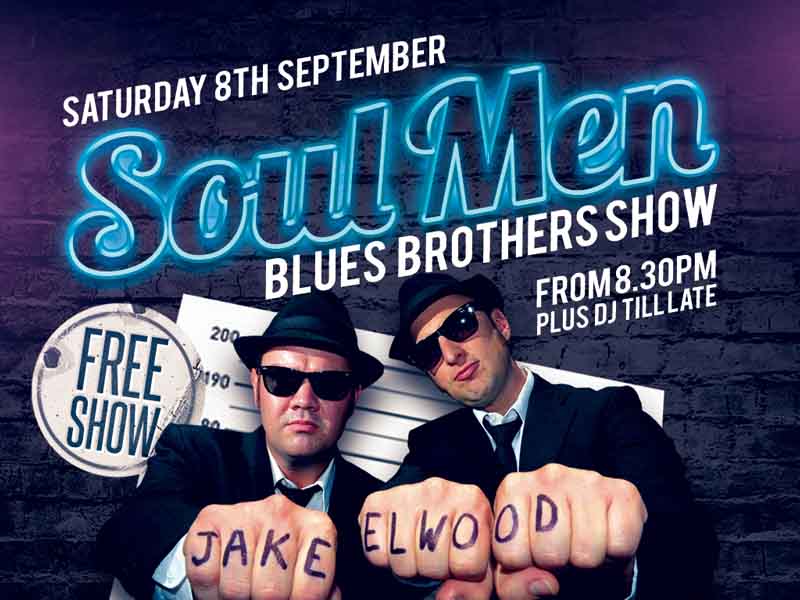 The tribute show is based off the widely known 1980s musical and comedic film, The Blues Brothers, and has since been adapted for live performances around the world.

Established in 2009, the 12-piece band brings together musicians all the way from the Gold Coast to the Sunshine Coast.

“The show faithfully recreates the music from original Blues Brothers movie, combined with their own arrangements of the popular musical numbers,” Mr Lancaster said.

“The band’s line-up includes Greg Mulvihill (as Jake Blues), who performed in The Blues Brothers show at Universal Studios Japan for over two years, before returning to Brisbane to form the tribute band.

“The vocal abilities of Greg Mulvihill, Ciaron Jackson and Natasha York, plus choreographed routines and costumes combine to deliver a high-octane musical experience.

As a final salute to the queen of soul Aretha Franklin, the Soul Men are including a bonus tribute to her in their free show.