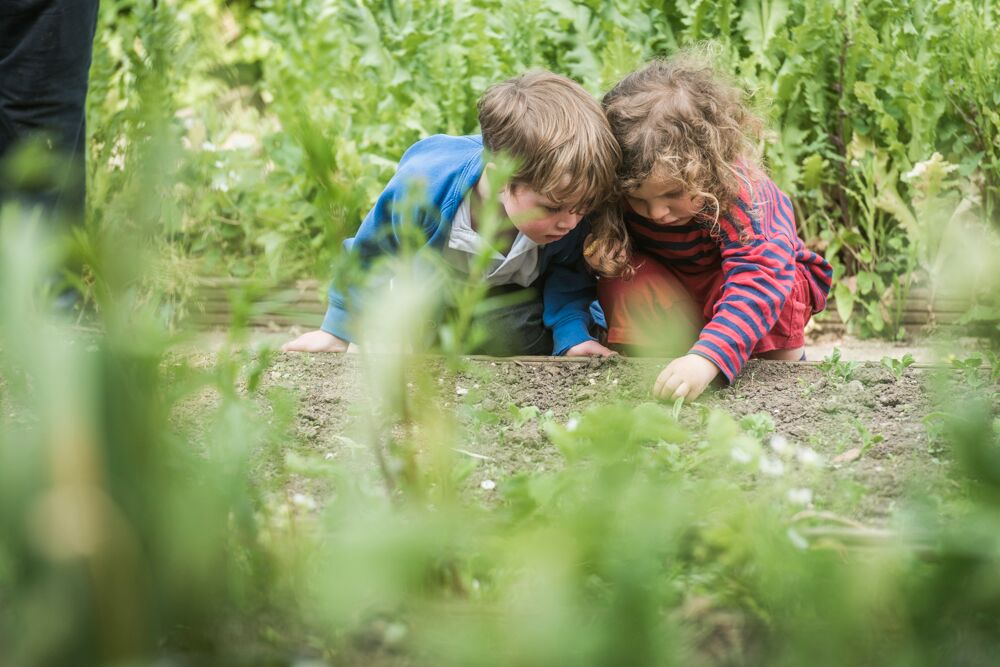 August 7th 2017: Aussie primary school kids are not getting enough unstructured outdoor play and are at risk of lacking fundamental ‘success skills’ to overcome and adapt to challenges.

Every day, an overwhelming number of Australian children (85%[1]) spend less than two hours play outside – more than a third (36%) less than previous generations[2], according to the OMO Dirt is Good Survey.

Parents and educators are increasingly focused on educational attainment, skills development and structured activities that promote achievement. While these are important, ‘success skills’ such as adaptability, resilience, creativity and problem solving cannot be learned in the classroom, but through hands-on, real life experiences.

The research found almost three-quarters (73%) of parents admit that they face huge challenges in getting their children to play outdoors and 80% are worried that their children will not be equipped with the skills they’ll need for the future.

When asked what they value most about their play time, Aussie primary school kids ranked their iPad or games console (32%) as the things that they enjoy most about their day – more so than outdoor play with friends (25%). With screens outweighing play, the lack of preparedness for children and the future is at real risk.

However, the majority of parents (78%) and kids (93%) say they would like more classes to take place outdoors.

To help address the decline in outdoor play, parents and teachers in Australia are rallying together for the nation’s inaugural Outdoor Classroom Day on 7 September 2017, brought together by Nature Play and powered by OMO as part of the Dirt is Good Campaign.

Outdoor Classroom Day is a global movement that sees millions of educators celebrating the benefits of both outdoor play and learning.  Across the world over 1.1 million children in 10,085 schools are involved and enjoying playing and learning outside the classroom.

Over 70,000 Aussie kids, in almost 900 schools, have signed up for the day, which shows the scale, commitment and enthusiasm from Aussie parents, kids and teachers.

Griffin Longley, CEO, Nature Play said, “Quite simply, if children don’t get enough play it can get in the way of them being equipped for the future.

“Play helps cultivate the ability for children to confront, tackle and overcome difficult situations and adapt to challenges and, sometimes, failures[4]. Through this, kids are able to develop self-confidence and become more sensitive to the needs of others[5].

“These are clearly hugely beneficial skills that children need to master and own for both their todays and their tomorrows, he said.

The virtues of unstructured outdoor play are becoming hugely underrated which urgently needs to be addressed, especially as only a small proportion of Australian teachers have incorporated regular outdoors time into their classes. Nearly 30% of teachers spend no class time outside and another 30% spend less than 15 minutes outside every week[6].

It seems that the main barriers to outdoor play during the school week are the lack of time between attending daytime classes and participating in after school activities (42%), in addition to kids just not being that bothered about playing outside (25%).

“We’re calling on teachers and parents to get involved in Australia’s first Outdoor Classroom Day on Thursday, 7th September 2017. Whether that’s by encouraging your child’s school to sign-up to taking a class outdoors, everyone can do something to make sure Australia’s children reap the benefits of playing and learning outdoors not only on the 7th September, but every day,” Longley added.

Cath Prisk, Outdoor Classroom Day Campaigns Director, says “Changes in the world and in children’s time have had a negative impact on their access to real play. The ‘screen-time’ generation are at risk of not developing the essential skills they need now and in the future if they are opting to play on their iPads rather than play outdoors with friends.

“Real play time is free and has significant benefits for children’s development which is why the action for parents and teachers is clear. Give children at least one lesson outside so that they can acquire hands-on, real-life experiences,” she said.

Teachers can register their school at www.outdoorclassroomday.com.au . Additionally, parents can download resources and get ideas for real play activities with their kids and discover how to get their schools involved in Outdoor Classroom Day on Thursday, 7th September 2017.

[1] Pureprofile survey commissioned by OMO in November 2016 amongst 1,000 parents of kids aged between 5-12