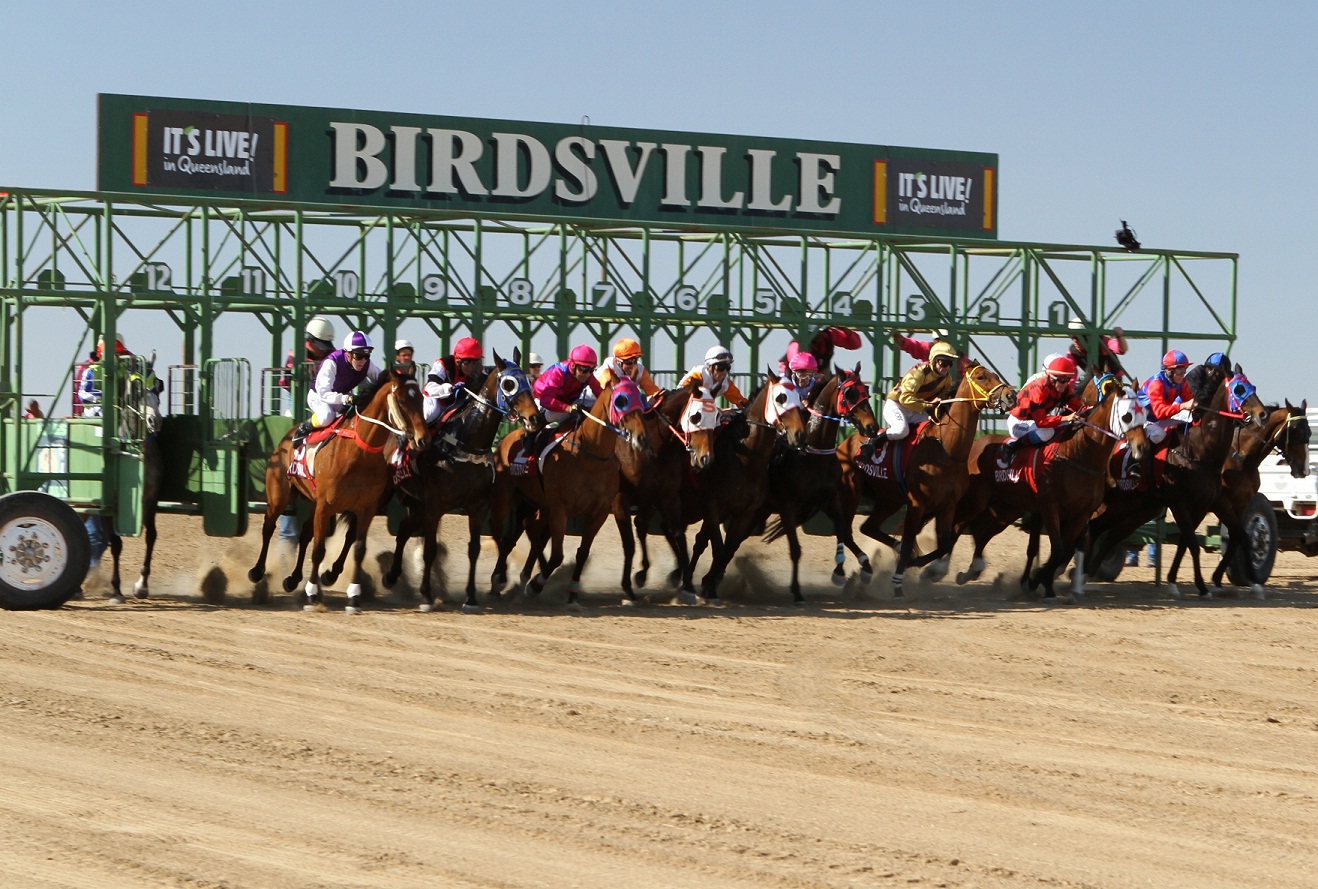 From Australia’s most remote horseraces, to camel pies, 4WD convoys, travelling boxing troupes and an influx of thousands to a town that usually homes 115 people – outback Queensland is set to play host to an Aussie bucket-list experience like no other when the 135th Birdsville Races return this September 1 & 2, 2017.

Tickets to the iconic thoroughbred racing carnival went on sale today through www.birdsvilleraces.com, with event organisers promising another exhilarating year of punting, celebration and top-notch racing competition at what many have billed the ‘Melbourne Cup of the Outback.’

2017 is the first year the event has taken on a ticketing partner, following widespread demand for tickets from within Australia and abroad.

“The Birdsville Races offer up a unique slice of Australian culture and experience that you really can’t find anywhere else in Australia or the world,” said Gary Brook, Vice President, Birdsville Race Club.

“Birdsville is remote and that’s what makes the event so special – seeing the horses kick up the red desert dust and the coloured silks of the jockeys as they thunder around the track is truly spectacular.”

Taking place on the striking red terrain of the Simpson Desert, the historic Birdsville Races bring more than 7,000 racegoers of all ages to the Aussie bush for a two-day, 13-race program, as well as a jam-packed schedule of outback entertainment and activities.

Proudly supported by Tourism and Events Queensland’s It’s Live! in Queensland major events calendar, the Races see many visitors flock to Outback Queensland from the beginning of August – setting up camp early to enjoy the region’s yabby races, street parties and various other events that lead into the big Friday and Saturday race days.

“The Birdsville Races is so much more than a race meet; it’s a destination carnival and celebration of the outback that offers something different for everyone – in a completely unique environment,” added Gary Brook.

“And all in one place, more than 1,100 kilometres from any major metropolitan town of city centre? It’s pretty amazing when you think about it.”

As in previous years, outback fare will be a major element of the 2017 Races, with the Birdsville Bakery serving up its famous selection of curried camel and kangaroo and claret pies. Trackside, food trucks and gourmet dining vendors will deliver an international flavour to the quintessentially Australian event.

The legendary Birdsville Hotel will once again act as the resident watering hole for racegoers wanting to kick celebrations into the night, while Fashions on the Field will bring colour, character and couture to race days across six categories for men, women, families and novelty dress.

“Every year, Fashion on the Fields brings some really interesting outfits out of the woodworks – you’ll always see Akubras, fascinators and sun hats, but you’ll get your fair share of surprises as well. And with thousands of dollars in prizes up for grabs, many racegoers take it very seriously and pull out all of the stops,” said Gary Brook.

The 2017 Birdsville Races will continue its proud support of the Royal Flying Doctor Service, hosting a 6.1 kilometre fun run to help fundraise for the vital service in their remote region.

The Birdsville Races organising committee comprises a network of current and former residents of Birdsville, all keen to share the magic of the outback races – keeping the event alive and in the psyche of Australian punters.

Each year, horses and trainers make the long haul trek to Birdsville, 10,000 kilometres collectively, from places as far away as Darwin, Tamworth and the Sunshine Coast. Upon arrival, they set up camp under gum trees alongside the Diamantina River – creating their own community that has become as tight knit as the long-term residents of the rural township itself.

In 2016, the event achieved 121 acceptances to the race-field. History was made when Perth-based jockey Kayla Cross rode to victory on the Heather Lehmann-trained Moore Alpha – the first time an all-female jockey-trainer duo had won the Birdsville Cup in 134 years.

Named after its abundant birdlife, the town of Birdsville is situated on the edge of the Simpson Desert in Far West Queensland. Birdsville is known as one of the most isolated towns in Australia.

European explorers first settled into the area in the 1870s, and the first race meeting was held a mere 12 years later.  The town was settled as a toll point for stock crossing the Queensland/South Australian border with a population of 300 pre-federation, which dropped to 100 after federation. Birdsville now supports pastoralists, cattle and tourism.

The first Birdsville Races was held in September 1882. Since then, the Races have only been cancelled twice, and they’ve continued to grow in size.

In 2016, the Races were condensed into a ‘Super Sunday’ program, which combined 11 highlight races from the originally scheduled Friday and Saturday competitions. The 11-race program made for Australia’s biggest single thoroughbred race day this year, outstripping Melbourne Cup day.

The revised program followed 55mm of rainfall in Birdsville in the days preceding the race meet, which equated to more than a third of the town’s yearly rainfall average. The deluge turned Birdsville’s iconic red racetrack to sludge and forced the closure of all roads to and from the township.

In its 135th year, the event has earned an impressive reputation and worldwide recognition.

The town population stands at around 115 when no event is being held.

Birdsville is 1,590 kms west of Brisbane, 1,940kms from Sydney, and 1,193kms from Adelaide. It is located on land traditionally owned by the Wangkangurru Yarluyandi people, in the Channel Country of Far West Queensland, Australia – on the edge of the Simpson Desert.

Cattle farming has historically been the main industry for Birdsville, however in recent years tourism has grown to be one of the town’s primary sources of income.

How to get there:

Drive your own car or hire a 4WD for some sand dune fun.

There are buses that operate from capital cities for special occasions like the Birdsville Races, and there are limited flights in and out of Birdsville on REX Airlines, with additional flights added around race time.