Saved the best until last: Macca at 6.20 to review SOO game 3 and select our best ever SOO teams during the last 40 years while Patchy and I will look at the 1-game wonders in the last segment– those players who have only played 1 game for their state - how good is that so let’s get started but not with rl but golf where the other Cameron Smith split $1.1m US after he tied for 2nd at the US Masters in Augusta 5 shots behind winner American Dustin Johnson but what I liked was Tiger Woods who recorded his highest score ever on a single hole at Augusta National with the defending champion scoring an embarrassing 10 at the famous par-three 12th hole in his final round. Only human-golf is a great leveller.

Men’s SOO series 2020: As a proud supporter of the worst Qld soo team in 40 years wonder what that makes the NSW team??-certainly had its moments- ironic losing JT just like CM in game 2

Coming up after the break we’ll be joined by our resident NRL expert Greg ‘Macca’ McCallum– dissect SOO 3 and we’ll select our best ever SOO teams - all that and more here on the Grapple 101.5fm sports

·       Queensland celebrated a series win with Cameron Munster leading Wayne Bennett's babes to a stunning 20-14 win over a brave NSW on a night where a future star, Harry Grant, was born.

·       The match went right down to the wire with NSW attacking Queensland's line late and calling for a captain's challenge after the siren when Junior Paulo knocked-on, such was the closeness of the final stages. Man of the match and Wally Lewis Medal winner Munster was enormous at five-eighth for Queensland while the Maroons forwards – led by Tino Fa'asuamaleaui and Lindsay Collins – defended with intensity.

Immortal Arthur Beetson and modern-day greats Cooper Cronk, Paul Gallen and Darren Lockyer are among a host of unlucky players after fans chose their all-time Maroons and Blues teams.

After more than 20,000 votes were cast on NRL.com and Wide World of Sports in conjunction with the Sydney Morning Herald, two teams have been chosen, stacked with all-time greats.

Lockyer and Beetson - largely considered the father of State of Origin - missed out on the run-on team but still secured spots on the bench.

Cronk was left out of the Maroons 17 altogether despite enjoying a 72 per cent winning rate in the 22 Origin matches he played. 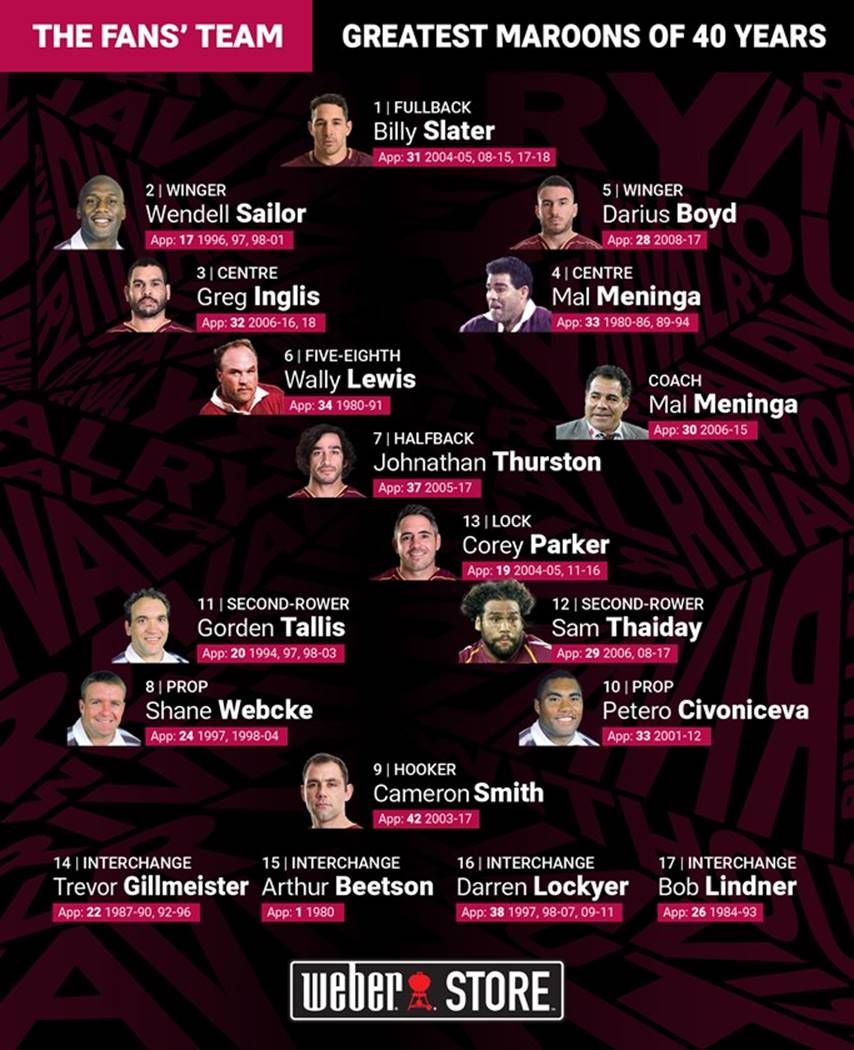 With Origin legends Wally Lewis and Johnathan Thurston commanding places as Queensland's starting halves, Cronk was the unlucky man to miss out.

Immortal Mal Meninga was chosen in the centres for Queensland alongside Greg Inglis and was also named the Maroons' greatest coach after overseeing their golden era of successive series wins from 2006-13.

The fan-voted NSW team has also been chosen, with long-time skipper Paul Gallen failing to win a spot in the starting side. He did land a spot on the bench. 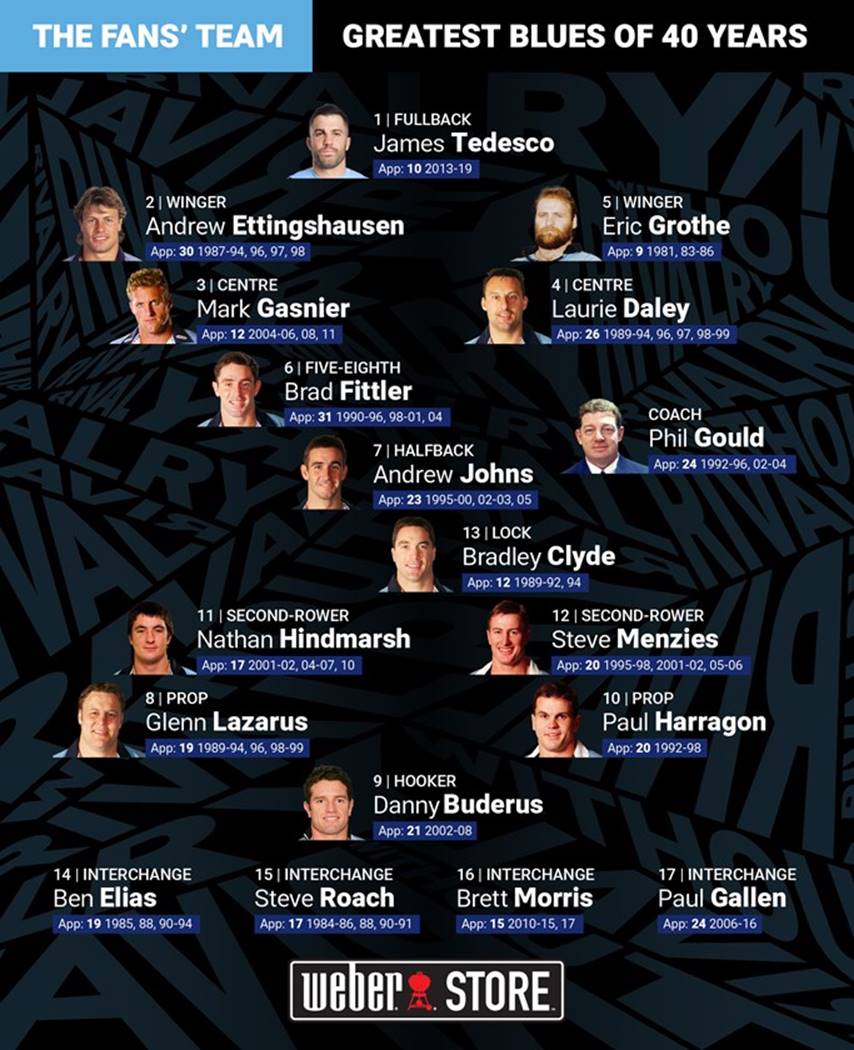 Coming up after the break more rugby league here on the Grapple on 101.5fm sports

There have been 213 Queenslanders capped in State of Origin football and of those 26 entered rugby league's most hallowed arena just once. For NSW it’s 293 with 52 who have played just once. This includes those selected for the 1st time this year.

The reasons are many but for most, it ultimately boiled down to either bad luck, bad timing or a bad day at the office.