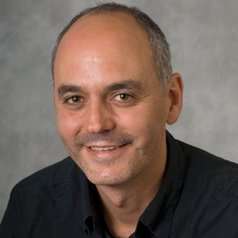 A Sunburnt Country and A Cruel Sea

While Australia is experiencing some of its hottest temperatures on record, the news from the sea is grim too.

Scientists have confirmed that 2018 was the hottest on record for the world’s oceans.

“The data tells us that the past five years have been the hottest on record for our oceans. It is clear evidence of global warming. Oceans absorb more than 90 percent of the heat trapped by greenhouse gases,” said the Climate Council’s acting CEO, Dr Martin Rice.

“We are seeing a great deal of extreme weather at the moment and it’s being influenced by climate change,” he said.

“Temperatures in some parts of Australia are nudging 50 degrees, there’s been a spike in the number of cardiac arrests and train lines are threatening to buckle. It’s important to draw the link here with climate change, which is creating longer, hotter and more frequent heatwaves,” said Dr Rice.

“Extreme weather events will worsen as temperatures continue to rise from the burning of coal, oil and gas. Importantly, we can slow this down by acting on climate change.  The Australian government must create a credible climate policy that rapidly and deeply reduces our greenhouse gas pollution,” he said.

“Australia’s greenhouse gas pollution levels have been rising for four years and we are not on track to meet our Paris climate commitments. I’m sure Australians sweltering through the current heatwave expect much more from our politicians. The solutions are available yet the Federal Government lacks the political will to get on with the job,” he said.

For further information, go to: climatecouncil.org.au