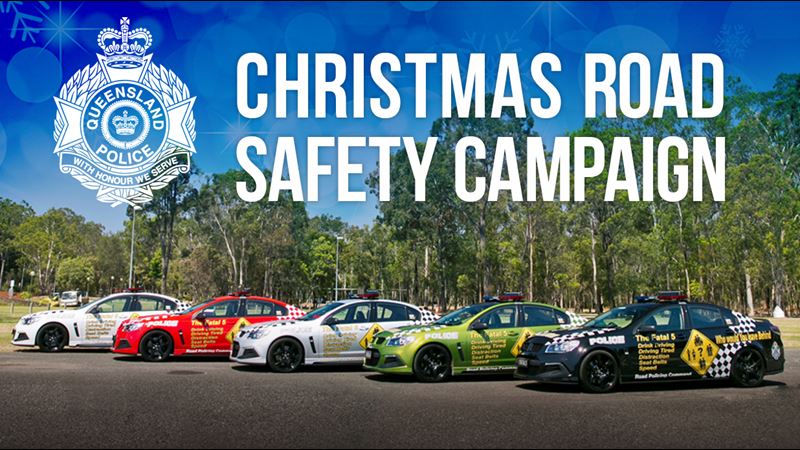 Minister for Police, Mark Ryan, said the summer holiday period is without doubt the busiest time on our roads as Queenslanders are out and about, celebrating the festive season.

“The State Government is absolutely determined to reduce the devastation and trauma that is seen on our roads, particularly around this busy period.

“If we could have one Christmas wish, it would be for zero fatalities on Queensland roads during the holiday period,” the Minister said.

“In 2018, we have lost 230 lives on Queensland roads and as far as we’re concerned, that is 230 lives too many,” Assistant Commissioner Keating said.

“Alongside this, we have seen far too many traffic crashes requiring hospitalisation on our roads, all of which impact our Queensland communities and our emergency services workers.

“This Christmas, we just want to see everyone make it home safely and enjoy the time spent with loved ones. We don’t want to meet you on the worst day of your life, this Christmas period.”

Running from Friday December 14 through until February, this year’s Christmas campaign will see police out in force with localised and state-wide traffic operations.

In particular, police will be targeting the Fatal Five – speeding, drink and drug driving, distraction, fatigue and seat belts.

“We know the Fatal Five are consistently prevalent in road fatalities and we will be working hard to ensure we target these factors,” Assistant Commissioner Keating said.

Doctor Alistair Hamilton, an RACQ LifeFlight critical care doctor said road safety was about more than the road toll and fatalities, and the Fatal Five was vital to changing road behaviour.

“Injuries can have a life-long impact on victims and can change their entire future,” Dr Hamilton said.

“One moment of inattention, one bad decision to race a red light or to go over the speed limit could mean life in a wheelchair, painful operations or permanent health issues, or worse.”