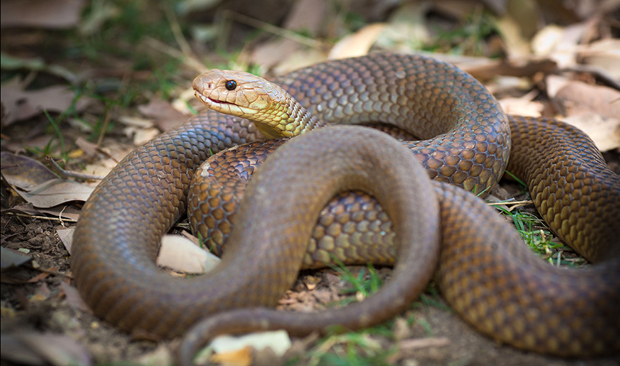 Snake Safety: These are some life-saving tips for snake bites ahead of Spring and Summer

The nerves of would-be snake handlers are being put to the test as Australia slithers into snake season.

But it isn't compulsory to have a snake slide across your boots to know how to deal with them in the wild.

When encountering a snake, the instinct to run away may come into conflict with best practice.

Sudden movements may provoke the snake and any aggression could end up in a bite.

The safest options are to back away slowly or keep completely still.

The first instinct, if they've got the opportunity, is to go the other way.

If you're going to start poking sticks at them, throwing stones, trying to pick them up, kick them — that's provoking them.

Stand still, leave it alone, watch it, take photos of it — they couldn't care less.

Snakes are reluctant to bite humans unless they are provoked.

The conventional wisdom applies: they're more afraid of you than you are of them.

Just imagine somebody that's 50-feet tall standing above you. You feel intimidated.

If they can, they'll turn and run. If not, they'll stand their ground and get up in their strike pose.

It's normally bluff. What they're doing is trying to intimidate you to leave them alone.

The alarm of encountering a snake is nothing in comparison to the panic of a snake bite.

Venom is more likely to spread if victims keep moving or don't settle their heartbeat.

First off, ring an ambulance.

Do not move at all. Whenever you move, even your fingers, you're making the venom travel through your lymphatic system quicker.

A compression bandage and a splint need to be applied after an ambulance is called.

Splints can be anything that will help immobilise the bitten limb, including a long straight stick.

Bandage from the fingertips or toes all the way up the limb and then splint.

Apply the bandage with a splint and keep completely still ... wait for help to come to you.

The spread and effect of snake venom depends on a number of factors, including the breed of snake, its gender, the amount of venom, as well as the age and size of the victim.

First aid is designed to buy time until an ambulance arrives.

What do you do if you get bitten?

Don't wash the bite so the venom can be identified

Have another person apply a firm compression bandage, moving upwards on the limb

Mark the bite spot for doctors to identify

Make a splint with something long and sturdy

Don't elevate the limb above the heart, to help slow the spread of venom

Land snakes come out of hibernation as the weather heats up across the country.

Around 100 snakes in Australia are venomous, but only a dozen could result in death.

The eastern brown snake is the second-most toxic land snake in the world and is also commonly spotted in suburban backyards.

Most states and territories recommend calling a private snake handler in these situations.

Many species of snake are protected and may not be killed unless they threaten life.

Ahead of summer, homeowners are being encouraged to keep gardens maintained and clear up woodpiles around the house.

Bushwalkers should always carry a mobile phone, satellite phone, or EPIRB for emergency situations — or shouldn't put themselves in situations where they're too remote to get help.

In the emergency situation of a snake bite, triple-000 is the first point of call.

Then, the most important thing is to stay calm. It could save your life.