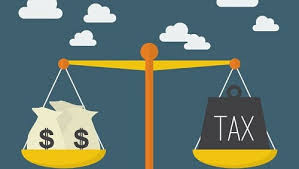 Point of Consumption revenue to support racing, sport and health

Racing infrastructure, and key community programs like the gambling help line, emergency helicopter services and kids’ sports will benefit from funding from revenue generated by changes to taxes on large betting operators.

“Thousands of Queenslanders will place bets today – on the AFL Grand Final, on horse races and countless other sporting events,” Ms Trad said.

“Until now, large wagering companies paid tax where their headquarters are located, rather than where bets are placed.

“Racing Queensland will receive a $20 million grant this financial year to be used on two new racing facilities, as well as additional financial support to ensure that there’s no negative impact on Queensland’s racing industry.

“As part of this package we will also forgive $17.8 million of debt owed to the Queensland Government by Racing Queensland, putting them in a better financial position to keep growing this important industry.

“The funding will also be used to provide over $7 million annually to support Queensland’s Emergency Helicopter Network - delivering care when Queenslanders need it most.

“$5 million each year will be dedicated to provide support for problem gamblers and their families.

“$2.5 million will also be invested in new funding for community sport this financial year, giving more children and young people the chance to ‘Get in the Game’.

Racing Minister Stirling Hinchliffe said a significant portion of the revenue would be directed to the State’s racing industry, including new greyhound and harness racing facilities.

“We know that country racing is the lifeblood of country towns, which is why we have committed more than $70 million over four years to country racing.

The Point of Consumption initiative was an election commitment from the Palaszczuk Government and comes into effect on 1 October 2018.