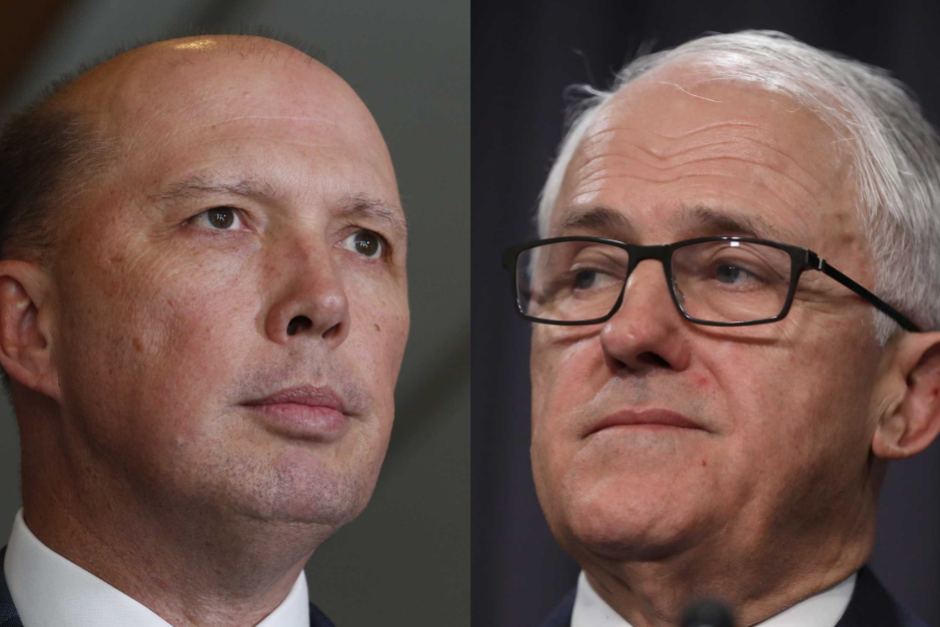 The Coalition Leadership spill: Business and the Stock Market ignored it why

Tuesday August 21, 2018 will undoubtedly go down as the most uninspired leadership spill ever in history on the back nothing has changed except for the untenable nature of the Prime Minister Malcolm Turnbull.

Case in point, one of the worlds oldest and most respected broadcasters the BBC has dubbed Australia the Coup Capital of the world with more leaders having a bat since the GFC, more then ever before in the history of the Westminster style of government that Australia adheres to.

Another case in point is nearly half of them were not popularly elected rather to be voted in party rooms and not the ballot box.

Tuesday will also go down as the day that the Stock Market, The Currency market and business did not waver a percentage point at the end of the day, all of the above have basically states its business as usual if  Government can not get its act together then its up to business to keep the well oiled machine ticking along.

Usually when there is a Party Room spill the market reacts with a jitter in the figures, not this time and it probably echoes similarly on how the electorate reacted to the last by election which is explored later in this article.

By the end of the week we may very well have another leadership spill.

The Coalition has been dogged by poor opinion polls for quite some time, during the Longman by-election on 28 July 2018, which the Coalition suffered a drop by 10 % in the vote for the coalition candidate Trevor Ruthenberg, while the Labor Candidate Susan Lamb went on to win the By-Election  and increased her margin by 3 percent.

Peter Dutton, who holds the neighbouring seat of Dickson held by 3% margin has been viewed as an opportunity to strengthen support for the Coalition in regional Queensland.

Dutton has also been seen as a leading figure among the conservative wing of the Liberal Party holding many portfolios in the Howard (As Minister for Workforce Participation and Minister for Revenue and Asst Treasurer) , Abbott (As Minister for Sport, Health and Immigration and Border Protection) and Turnbull (As Home Affairs Minister) Governments.

Peter Dutton has clashed with Turnbull and his more moderate supporters over the National Energy Guarantee (NEG), particularly with targets to reduce carbon emissions in compliance with the Paris Agreement, among other issues in mid-2018.

Conservative supporters of Dutton included Tony Abbott, who was ousted by Turnbull as party leader and Prime Minister in September 2015.

In the days prior to the leadership election, Turnbull was forced backflip and make concessions on the NEG in an attempt to satisfy the rumblings against Turnbull by the more conservative members of his party, most notably abandoning the emissions reduction targets.

On 19 August 2018, Peter Dutton declared that he supported Malcolm Turnbull and the policies of the government.

However, support had been growing for a conservative Liberal Party member, often citing Peter Dutton specifically, to challenge Turnbull since 2017, especially when Turnbull performed poorly against the Labor Party in opinion polls.

In recent weeks, Peter Dutton made contradictory remarks regarding his intentions. Refusing to rule out his interest in becoming Prime Minister during a " Hack " interview.

Peter Dutton also claiming that he would resign from cabinet if he ever found himself unable to agree with a government policy during a 2GB interview.

Lets look at the whos who in the spill and who supported the candidates in the party room that put their hand up in the all positions vacant in leadership.

Conflicting reports attribute Jonathan Duniam to voting for either Turnbull or Dutton.

As far as spills are concerned this was close, and out of it comes a clear picture there is a lot of disunity in the Federal Coalition party room backed by fear of what happened in Longman in the By-Election, the NEG backflip with escalating power prices, the lack of leadership in the Great Drought and the crisis affecting farmers along the Eastern side of Australia, immigration still out of control to the tune a population equal to Hobart each year since the GFC.

Malcolm Turnbull after yesterday’s vote on the Liberal Party leadership has only accepted the resignations of two ministers.

Challenger Peter Dutton is expected to make another attempt to seize the leadership, possibly as early as tomorrow.

There are also reports some MPs are threatening to quit their seats or move to the crossbench if Dutton becomes Liberal Party leader.

Sounds confusing, it is when politics when it is in disarray, like a move that can't be seen clearly with the pieces not where they should be, hindsight if only we saw that play is echoed in the chambers.

The electorate as we saw in the article "Analysis: Federal Seat of Longman the silent voters who don't vote meaningfully " are just plain and simply tired of elections that do not produce the results the electorate wants, so they stop voting.

Now another claim is that Peter Dutton may not be serious about a challenge, that all this was nothing more then a trojan horse to test the waters on just how unpopular Malcolm turnbull is and for Tony Abbott to rescue the party from oblivion and return it back to traditional conservative values, directions and policies.

After all, all the electorate wants is cheaper, sustainable and reliable power, for business to grow, stem immigration, build infrastructure and  fix the plight of farmers so we keep out food basket in full production.

Watch this space if the latter happens expect another full blown election as early as October this year with new rejuvination, new vigour, policies and new faces.  A week is a long time in politics and no leader wants to wait a week to find out how it all plays out.