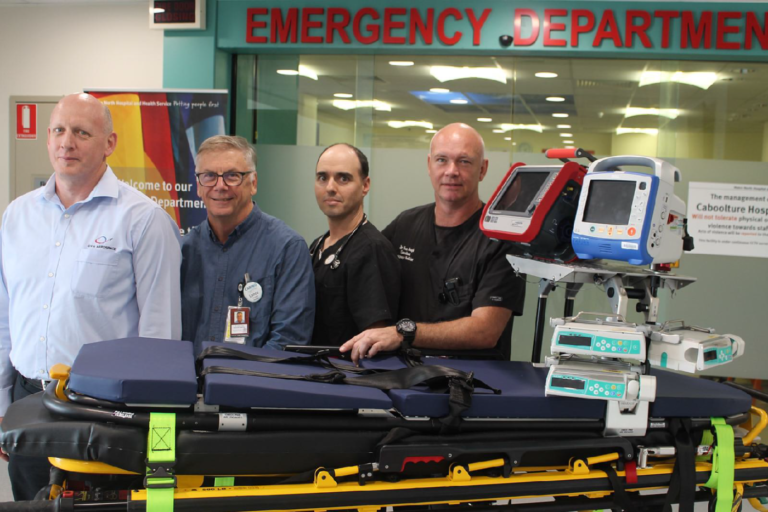 GVH Aerospace announced that its AeroStretcher Mk IV modular aeromedical system has been selected by the Caboolture Hospital in Queensland, Australia, as its new critical care transfer stretcher.

“We are extremely pleased that the Caboolture Hospital has selected our system as their critical care transfer stretcher as this is validation of the design philosophy that went into the conception of this product,” said GVH Aerospace CEO Gareth Dyer.

“This modular aeromedical system was designed to provide a seamless transfer between air and road ambulances, and we have collaborated closely with medical professionals to ensure the systems meets clinical care requirements on an equal footing with airworthiness certification,” Dyer added.

“GVH Aerospace has created a high-quality product with many innovative and patient-focused features. All aspects of patient handling have been addressed, from loading and unloading the patient to equipment security while in transit. This stretcher is an example of excellent engineering and collaboration with front-line clinicians,” said Caboolture Hospital’s emergency staff specialist Dr. Doug Feinbloom.

He added that the state-of-the-art system demonstrated a leap forward in the safe transfer of critical care patients from Caboolture. Emergency department director Dr. Sean Keogh, who has over 25 years’ experience in aeromedical and road-based retrieval of critically ill patients, said that the stretcher was one of the most user friendly and effective system he had seen.

The AeroStretcher Mk IV modular aeromedical system is installed directly on to aircraft seat tracks using GVH Aerospace’s patent-pending multi-fit floor interface system. The system is installed and removed in minutes without the need for tools and can be quickly adapted to any aircraft with standard seat track fittings.

The AeroStretcher Mk IV modular aeromedical system has been selected by RUAG as the standard medical and casualty evacuation system on the Dornier 228 aircraft. It is also certified for installation on the Airbus H135 helicopter as an EASA supplemental type certificate (STC) and is currently being certified on other popular helicopter types.