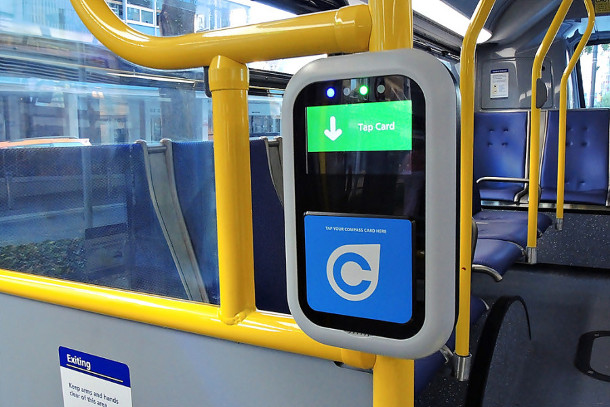 The Palaszczuk Government is modernising transport across the Sunshine State, and will soon roll out a new system where commuters will be able to use their contactless debit or credit cards, smart phones and smart watches to pay for trips in addition to go card and paper tickets, with $371.1 million committed in this year’s budget.

Importantly, regional Queensland will not be left behind, with current go card operator Cubic, due to deliver the new system in 18 regional areas, as well as the metropolitan south east, after being selected as the successful tenderer following a competitive global procurement process.

“The new ticketing system is an exciting chance to expand our ticketing options and to give public transport customers more flexibility, and in this year alone we have allocated nearly $90 million to get this project underway,” he said.

“I am very excited about this project, and to be able to announce the successful proponent - Cubic - today.

“This is about embracing technologies that have become available since the go card launched in 2008.

Mr Bailey said the new system would be an Australian first, building on proven technology used by millions of people in London, Chicago and Vancouver.

“This is a new, hi-tech system that will make it easier for all Queenslanders from Cairns to Coolangatta to catch public transport,” Mr Bailey said.

“Customers will still be able to keep using both go cards and paper tickets once the new system is implemented, ultimately offering even more ways to conveniently pay for public transport.

“go card has served SEQ commuters well for the last decade but we are now delivering a payment evolution offering more flexibility, increased accessibility and security.

“Having a more convenient payment system will also encourage more people to use public transport.

“This system gives us future flexibility to add other transport modes and payment options.”

“We’ll also be introducing a statewide payment system rather than just SEQ alone, including on urban buses in 18 different regional areas where qconnect services run.

“This means that for the first time commuters and tourists in those regional areas will have integrated ticketing – making public transport easier and hopefully helping to boost regional tourism.

“It will also mean that we will be able to deliver real time tracking for the first time in regional areas.

“The system will of course need to be designed, built and tested before trials are launched.”

“I want to reassure people that they will still be able to continue to buy paper tickets and use their go cards under this new system,” Mr Bailey said.

“The system will give them the choice to use the payment method that is most convenient and comfortable for them.”

The project will be delivered in the next four years. Detailed design, development and implementation planning will be undertaken first and this will establish the exact rollout timeframes.