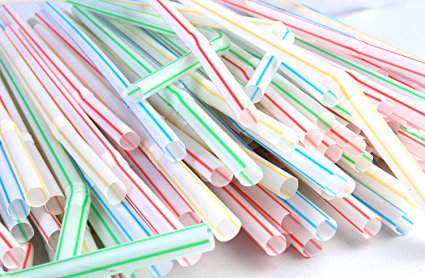 Moreton Bay Regional Council has today pledged to phase out the use of single-use plastic straws at its council-operated venues and events.

In what is believed to be a first for South-East Queensland councils, Moreton Bay councillors adopted a motion at their Coordination Committee Meeting on Tuesday, April 17, to remove single-use plastic straws from council’s venues, like the Queensland State Equestrian Centre, and from local council-run programs.

Economic Development and Tourism Spokesperson Councillor Peter Flannery spearheaded the motion and said he was inspired by Queenslander Molly Steer and her Straw No More project.

“It’s a simple measure, which will hopefully make a huge difference on the overall amount of single-use, non-biodegradable plastic straws being ending up in landfill or being littered in our waterways,” Cr Flannery said.

“It might not seem like much when you use a plastic straw to drink, but multiply that by the thousands of people who visit our venues every year, and you can start to see the scale.

Moreton Bay joins Cairns Regional Council in being among the first councils in Queensland to vote to remove single-use straws from its venues and events.

“Other areas across the country, including Cairns, are taking up the pledge to phase out single-use plastic straws, and we don’t want Moreton Bay to lag behind everyone else.

“Our own name is a nod to one of the country’s most important coastal resources: Moreton Bay, and with simple measures like this, we can ensure that it thrives for generations to come.

Single-use plastic straws can have a devastating impact on waterways, with marine animals easily being able to choke on the small pieces of plastic.

Moreton Bay Region Industry and Tourism will review the use of single-use plastic straws at its events and functions too.

“Already a number of businesses and cafes in Moreton Bay are taking up the push for greater sustainability through re-usable cups and biodegradable cutlery, and I hope this move encourages them to also ditch the single-use plastic straw from their menus.”