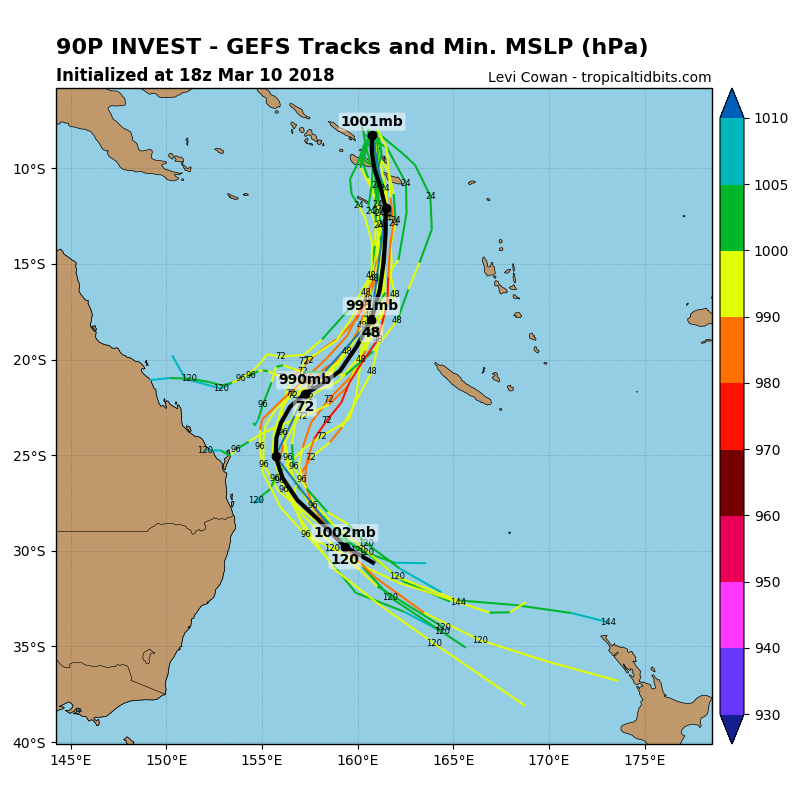 Ex-Tropical Cyclone Linda & its impact on the Moreton Bay Region

So much so Ex-Tropical Cyclone Linda to produce dangerous surf and abnormally high tides along the southern Queensland coast during Wednesday and Thursday.

In short  we can expect from Tropical Cyclone Linda to begin with rain bands to begin to impact on Fraser island, Moreton Island and Stradbroke Island by 10 am Wednesday.

By Wednesday afternoon rain bands will impact on all coastal areas between Sunshine Coast to the Border region. Rain falls are expected to be between 5-10 and up to 40 mm.

Wind speeds are expected to peak at inland 20-30 km/h and off shore 70-80 km/h. Wind Gusts are expected on Wednesday and Thursday then tapering off Friday

Wave Heights 2 m waves Tuesday night, 4 m heights on Wednesday morning, 4-5m Wednesday afternoon, this will be sustained through to Thursday afternoon, during Thursday evening waves will decrease dramatically to 2m or less.

For those in the Moreton Bay Region if you live along tributaries or coastal regions inundation due to both tides and wave surge potential on properties will be key, now is the time to prepare and be ready.

For those in urban and away from waterways the winds will also contribute to damage potential.

It is prudent to prepare now rather then when its too late.

As always The State Emergency Service advises that people should:
* Secure or put away loose items around your property.
* Move cars under cover or away from trees.
* Keep clear of fallen power lines.
* Don't drive, ride or walk through flood water.
* Keep clear of creeks and storm drains.
* Stay indoors, away from windows, while storms are nearby.

This is now narrowed down to impact on an area between Fraser Island and The Queensland/ NSW border during this week.  There is no current forecast modelling that suggests this system will make landfall with consensus is for more wind then rain impact (most of the rain will impact the open ocean). As with all weather systems modelling will change as the system itself changes

This system will cause the greatest wet weather on the south side as it is a asymmetrical system with most of the wet weather with little rain or wind on the northern side of the system.

The key dates for impact is Tuesday through to Friday. With regular on air announcements so stay tuned and be informed.

Surf and swell conditions are expected to be hazardous for coastal activities such as rock fishing, boating, and swimming in the following areas.
Wednesday 14 March

People should consider staying out of the water and avoid walking near surf-exposed areas.
Rock fishers should avoid coastal rock platforms exposed to the ocean and seek a safe location that is sheltered from the surf.
Boaters planning to cross shallow water and ocean bars should consider changing or delaying their voyage.
Boaters already on the water should carry the appropriate safety equipment and wear a lifejacket.
Boaters should remember to log on with their local radio base and consider their safety management plan.

Ex-tropical cyclone Linda to produce dangerous surf and abnormally high tides along the southern Queensland coast during today and Thursday.

Weather Situation:
At 4pm AEST Wednesday, ex-tropical cyclone Linda was located in the Coral Sea about 450 kilometres east to northeast of Fraser Island, moving southwest at 17 kilometres per hour. Ex-tropical cyclone Linda, which transitioned into a vigorous subtropical low earlier this morning, is expected to continue its southwest track for the remainder of today before shifting on a more southerly track on Thursday. The system is expected to remain offshore of the southern Queensland coast.
Strong to gale force winds over offshore waters across the southern flank of the low are expected to produce large east to southeasterly swells along exposed parts of the southern Queensland coast for the remainder of today and into Thursday. This will combine with high tides to cause hazardous conditions within the warning area.

On Thursday morning, tides may exceed the highest tide of the year, with inundation of low-lying areas possible on the high tide.

Locations which may be affected include Noosa, Maroochydore, Caloundra, Coolangatta and the eastern side of Moreton, Stradbroke, and Fraser Islands.

Queensland Fire and Emergency Services advises that people should:
* Surf Life Saving Australia recommends that you stay out of the water and stay well away from surf-exposed areas.
* Check your property regularly for erosion or inundation by sea water, and if necessary raise goods and electrical items.
* If near the coastline, stay well away from the water's edge.
* Never drive, walk or ride through flood waters. If it's flooded, forget it.
* Keep clear of creeks and storm drains.
* For emergency assistance contact the SES on 132 500.