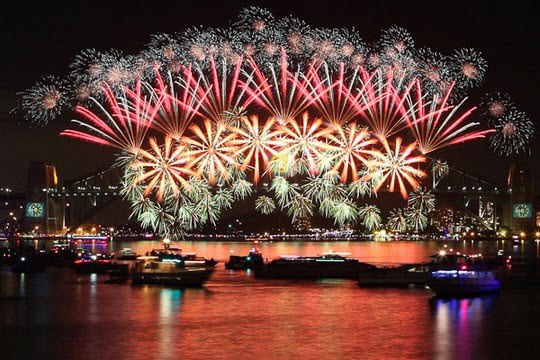 Stick with the legal "big bang'' during festive season

“Across Queensland during the festive season, there will be many fireworks displays controlled by experienced and licensed fireworks contractors,” Dr Lynham said.

“These professionals are bound by strict safety laws to ensure a safe and enjoyable experience for revellers looking to make the most of the celebrations.

“Attending displays under the control of licensed fireworks contractors is a smarter, safer choice than putting yourself and others at risk by illegally using fireworks.

“Fireworks contractors must notify the Department of Natural Resources and Mines of the fireworks display event. A full list of upcoming fireworks displays can be found at www.qld.gov.au/emergency/safety/explosives-fireworks/fireworks/

Dr Lynham said fireworks were dangerous explosives which could cause serious and permanent injury including severe burns, loss of sight and loss of limbs.

“There is no doubt that popular fireworks such as sky rockets, Roman candles and star bursts are spectacular but illegally using such fireworks can result in serious injury or death,’’ he said.

“Householders also should consider the impact on pets which can easily be frightened by the sound of fireworks.’’

Dr Lynham said it has been illegal in Queensland since 1972 for anyone other than a licensed fireworks operator to buy, possess or use fireworks.

“Anyone caught illegally using or possessing fireworks can be prosecuted, with severe penalties up to a maximum $47,120 fine or six months imprisonment,” Dr Lynham said.

“In the past 12 months, 122 people in Queensland have been prosecuted under the Explosives Act 1999 for fireworks offences.

“Anyone who has illegal fireworks should surrender them to an explosives inspector by calling 1300 739 868 to arrange for them to be collected.

“If you know of anyone selling or using fireworks illegally you should contact the Queensland Police Service or your local explosives inspector.”