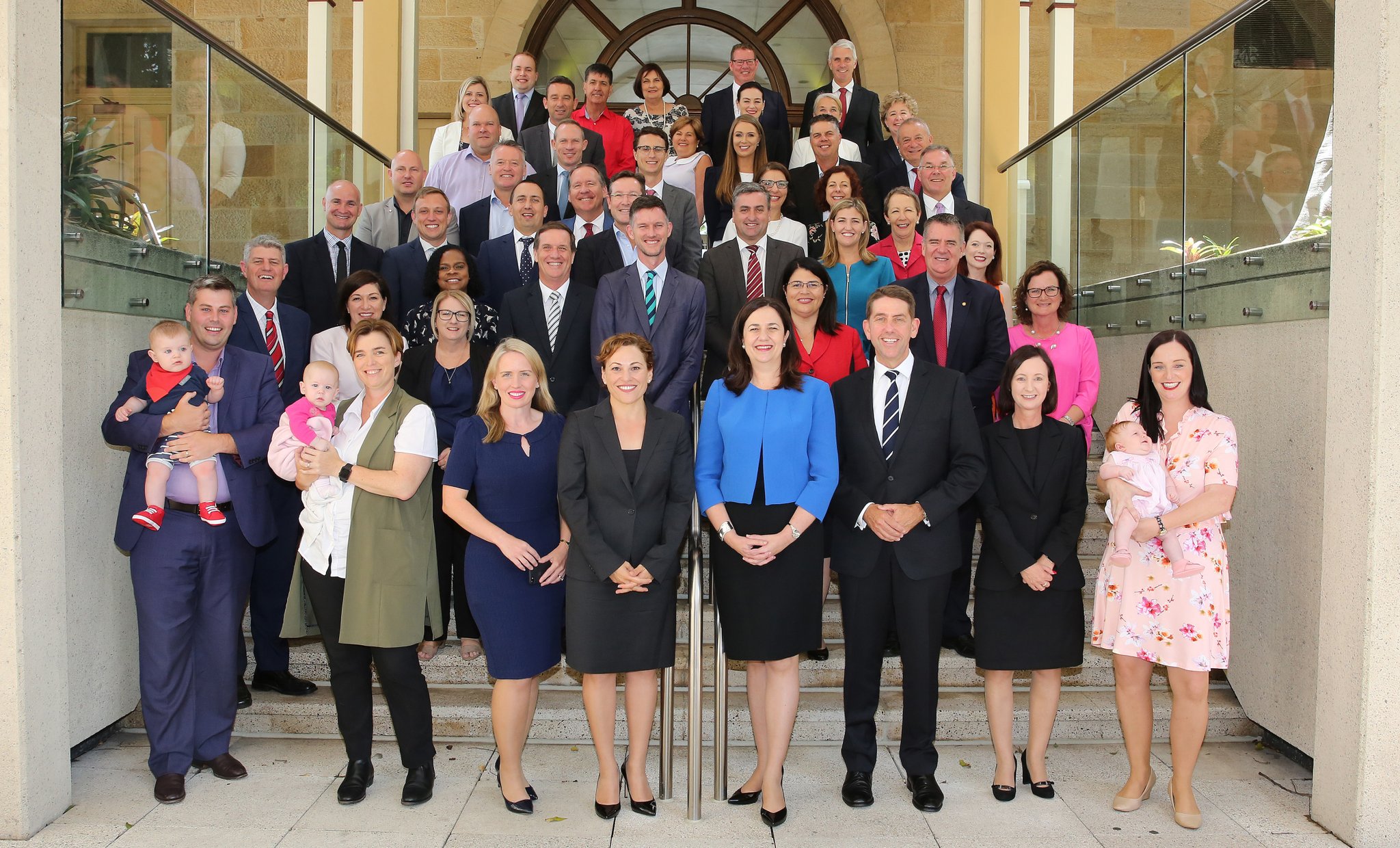 As announced by Premier Annastacia Palaszczuk "We are 25 men and 23 women, representing a State that will soon be home to 5 million people spread across more than 1.7 million square kilometres" .

" Our Queensland Labor Caucus represents Queensland from top to bottom"

In short The cabinet has been expanded by one to 18, which now has nine female members and nine male members, a ratio Ms Palaszczuk says reflects the reality of the state’s population.

Some members keep their portfolios such as Member for Morayfield The Hon. Mark Ryan who retains Police and Correctional Services.

Member for Redcliffe Yvette D'Ath will be appointed additionally as Leader of the House as well as Attorney-General and Minister for Justice, Member for Murrumba Dr. Steven Miles picks up the Ministry for Health and Ambulance Services, Grace Grace would keep Industrial Relations, but add Education to her responsibilities.

Former Child Safety Minister Shannon Fentiman has had her responsibilities significantly changed and is now Minister for Employment, Minister for Small Business and Minister for Training and Skills Development.

Mark Bailey will continue on as Main Roads Minister, with the added responsibility of Transport.

Former treasurer Curtis Pitt we already knew would be sidelined from cabinet and will instead sit in the speaker’s chair for the coming term.

Minister for Child Safety, Youth and Women and Minister for the Prevention of Domestic and Family Violence Di Farmer