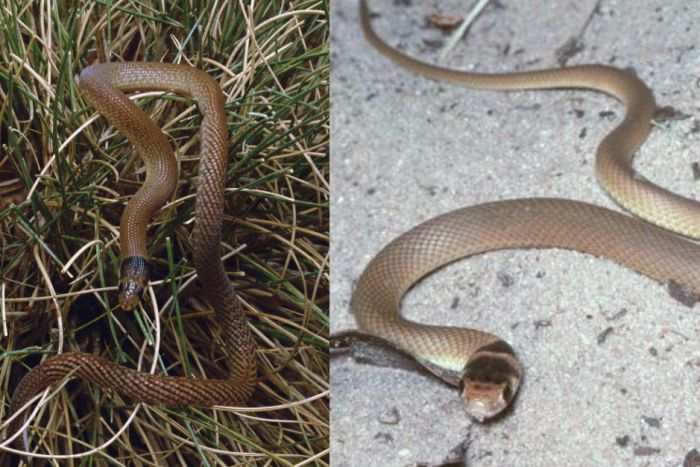 Snake Safety : bitten by a snake — what you do next could save your life

You have just been bitten by a small snake. You are pretty certain it is just a harmless snake, but it disappeared before you could get a proper look. Do you administer first aid and go to the hospital or keep gardening or what ever it is you were doing and ignore it?

The Flying Doctors Update their  advice as incorrect identification is common

Between 2005 and 2015, eastern browns were responsible for 17 of the 23 snake bite deaths in Australia, with most victims dying from out-of-hospital cardiac arrest or bleeding on the brain.

Of the 296 eastern brown snake bites in that period, 18 per cent caused acute kidney injury, and other ongoing complications were common.

Although they typically only inject a small amount, hatchling eastern brown snake venom is capable of killing an adult, so being bitten by a small snake does not mean it is harmless.

Adding to the difficulty, eastern browns range from red-brown to black or grey, can be striped, mottled or have a reddish band behind the head, and can look very similar to other harmless species.

The Royal Flying Doctor Service (RFDS) no longer advises bite victims to attempt to identify the snake after a paper published in the Medical Journal of Australia (MJA) in July found that snake identification was unreliable for people presenting to hospital with bites.

"Staying in the area after an attack can be dangerous and recent advances in medication mean we can now treat any snakebite with a generic polyvalent anti-venom," the updated advice now

When the ambulance arrived , they replaced the improvised compression bandage before transferring the patient to hospital.

"They tried doing swabs to see what sort of snake it was and they couldn't [tell] because I had to wash it to see if I was actually bitten," said the patient .

"So yeah, I did the wrong thing there but at the end of the day I needed to see if I'd actually been bitten as well."

Several swabs did not reveal any venom, so the hospital removed the patients bandages and began to monitor  blood pressure, coherence and pupil dilation.

Because he put a pressure bandage on the limb and got to the hospital with a generic polyvalent antivenom on standby, in every scenario the patient  is likely to make a full recovery.

But if you had kept gardening, in the third scenario you could have been dead in under half an hour.

As it was, the patient was kept at the hospital and monitored hourly through the night.

Finally discharged the next day as the symptoms began to improve, although the species of snake that bit the patient was not able to be identified.

Dr Fry's advice is to always get to the hospital, even when you think you know the species of snake.