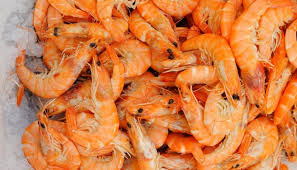 The latest extensive state-wide testing of thousands of prawns and crabs for the virus that causes white spot disease indicates the virus has not spread to other parts of Queensland and may not be established in Moreton Bay.

“All tests on 4,122 prawn and crab samples collected from April to the end of September from 38 locations from Moreton Bay to Cairns, and including the Logan River and Brisbane River, were negative and that is extremely good news for the industry.

“These tests indicate the disease control activities are effective in stopping the spread of the virus and that is why the movement restrictions will remain in place at this time.”

Dr Lynham said the surveillance had been conducted by Biosecurity Queensland with the assistance of commercial prawn fishers.

There would be no let-up in the testing regime as part of an agreed national surveillance plan.

“These results will contribute to the national proof of freedom surveillance required to regain international disease-free status for white spot disease,” he said.

“We need to have two years of consecutively negative test results to prove the disease is no longer present in Australian waterways.

“Testing will recommence in early 2018 when the seasonal prawn population is bigger.”

“White spot disease has been devastating on those farmers and fishers and their co-operation at this difficult time is greatly appreciated,” he said.

“On behalf of the Palaszczuk Government I would also like to thank the Queensland public for continuing to support the prawn and crab industries and for adhering to the movement restrictions of prawns, yabbies and marine worms.

“Those restriction prohibit the movement of uncooked prawns, yabbies and marine worms out of an area stretching from Caloundra to the border with New South Wales and west to Ipswich.

“The Palaszczuk Government has so far spent more than $15 million on the biosecurity response to white spot disease and this is expected to increase to more than $25 million over the next two years.

“We have also made $20 million in concessional loans available to prawn farmers affected by the disease,” Dr Lynham said.

More than 50,000 samples from prawn farms and natural waterways have been tested since the initial detection last December.