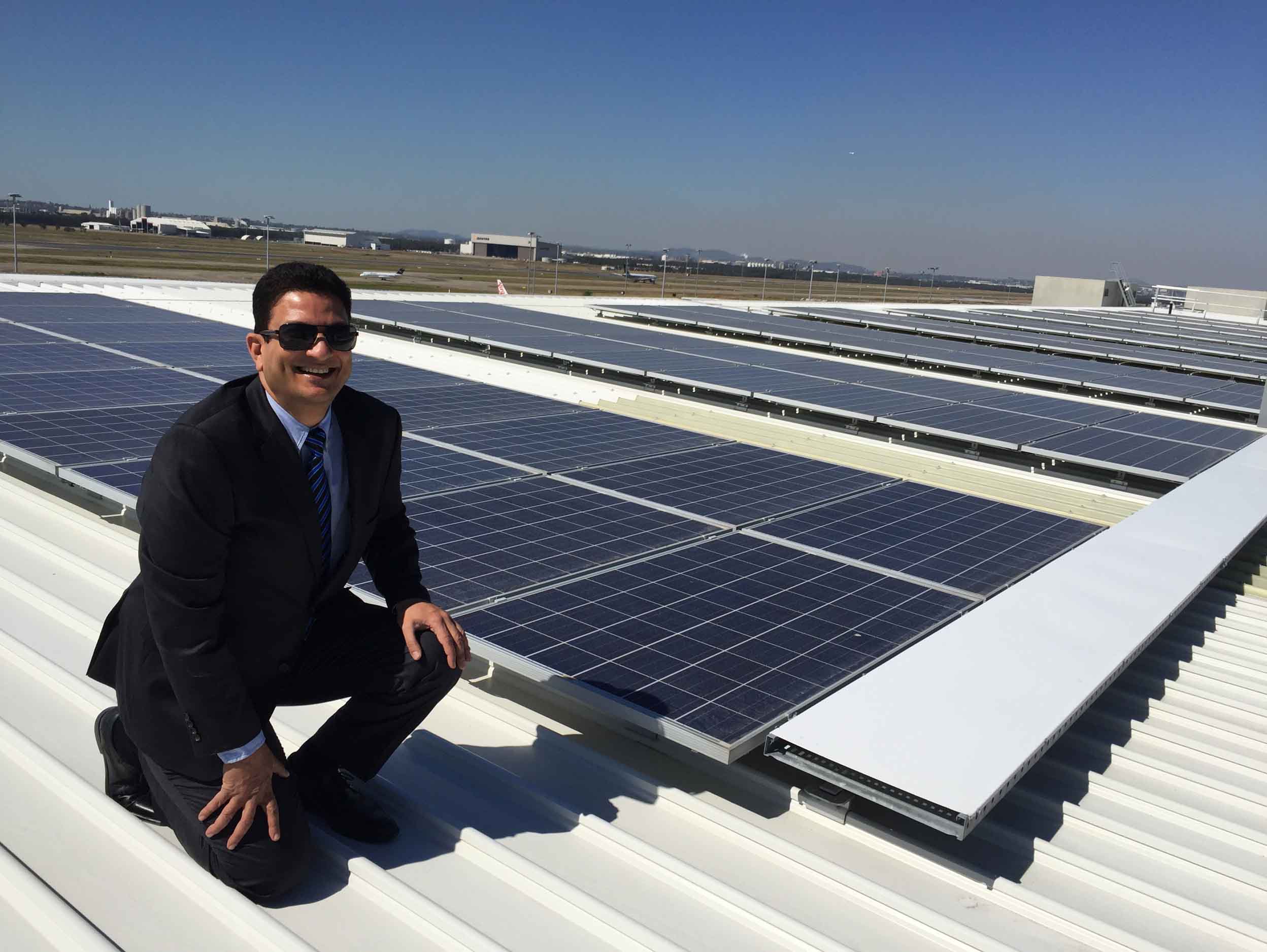 The 6MW system, consisting of 22,000 panels spanning an area of 36,000 meters squared or more than twice the size of the Melbourne Cricket Ground (MCG), will be installed across six sites at Brisbane Airport (BNE).

More than 200kms of cabling will be used for the install, equivalent to driving from Brisbane to the Gold Coast and back.

“We are acutely aware of the increasing energy needs of running a major airport and since 2012 we’ve had an extensive energy reduction program in place resulting in the completion of 40 projects which collectively save more than 8 GWh per year.

“We are in the enviable position of having thousands of square metre of un-impeded roof space ideal for solar harvesting and, with systems becoming more efficient and more affordable to install, it makes financial sense to invest in this readily available supply of renewable energy to save costs and decrease our carbon footprint.

The solar energy generated per year is equivalent to powering over 1,700 Australian homes for a year, with carbon offset equal to planting over 50,000 trees or taking 1,500 cars off the road each year.

Shakra Energy is the developer of commercial and large scale solar plants and the party that assembled the team for the bid. Sam Khalil will be on the steering committee to ensure an efficient and effective development of the solar development.

Oliver Hartley, Epho Managing Director, said the BAC project is not only the biggest commercial solar installation in the Southern Hemisphere, it is also one of the more complex given the live environment of the airport.

“To win this project, Epho had to demonstrate superiority in project management, stakeholder management, engineering, operations and work health and safety.

“The introduction of such a significant solar system is a prime example of how BAC is adopting world-leading technologies in harmony with its sustainability focus,” Mr Hartley said.

Design of the system is currently underway with installation commencing from December 2017 and completion expected in August 2018.