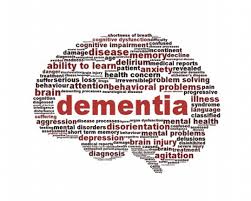 Renewed discussion has been sparked about non-medicated support of people experiencing some of the negative behaviours associated with dementia, with September being Dementia Awareness Month around Australia.

The journal of the American Medical Association noted that non-medicated treatment of behavioural issues associated with dementia is proving to be more effective than medicated treatment, and without the risk of side effects.

This approach toward managing dementia - a condition affecting more than 400,000 Australians - is increasingly being adopted by aged care and community care providers such as Envigor Home Care and Seasons' Aged Care.

Envigor provides care to both Seasons' residents at seven south-east Queensland locations, as well as home care clients in various locations throughout Queensland.

“We believe the best philosophy to caring for someone with dementia is to allow them to live their lives as free from behavioural management medication as possible,” said Envigor Home Care Executive Manager, Tracey Silvester.

“People have been making their own choices and decisions for a really long time, who are we to not let them continue to do that?”

In cases where people have quite significant behaviours associated with their dementia, the care is targeted at understanding what their lives were like before dementia, including their likes, dislikes and what they respond to both positively and negatively.

For example, someone with dementia who is constantly repeating the same questions over and over is likely to be feeling insecure or unsafe, or unable to engage meaningfully in their surrounding environment, so to manage the issue, aged care providers set up a personalised routine to provide reassurance, and engage the person in activities that match their interests and abilities.

“We have adopted this philosophy across both our Seasons Aged Care communities and Envigor Home Care services,” said Ms Silvester.

“We work very closely with the families of all of our clients, and our team of health care professionals to ensure that we are establishing the most effective care plan.

“It is very distressing to see a person you love deteriorate cognitively, and relationships change so we work to demonstrate to families that we can look after their loved one, that they are safe and that they have a high quality of life. Families are vital to us getting to know the person, especially if they come to us with advancing dementia.

“Health professionals such as doctors and nurses are only used as consultants when a client is unwell or if they require specialist intervention."

Seasons is able to provide an intensive level of care due to the environment in which clients are living.

Within the Seasons' communities, there are specific activity programs designed to better manage the needs of people facing dementia, such as afternoon and all-day programs led by carers who provide a safe area, consistency, and routine to stimulate the mind, and reduce the behavioural symptoms of dementia.

“We are finding that this is assisting us in managing some of the more challenging behaviours of people with dementia, especially those who present later in the day - onset by fatigue, light, and the environment,” said Ms Silvester.

Seasons has found one of the most successful aspects of its program is the fact that people live in their own apartments within Seasons' communities, and can come and go from their homes as they please - this makes them much more settled because they are in an environment where they feel comfortable with people they know and trust.

“We had a lady who lived at the Seasons' Kallangur community until she passed last year. She had quite advanced dementia but wasn’t like that at all when she first joined the community. She was like a member of the family for the staff at Kallangur, and as her dementia progressed, staff had to use all sorts of interventions to stop her from trying to wander away and calling out all the time

“We looked after her until she passed, with staff choosing to spend their free time with her during her last days, rather than going home.

“They didn’t want to be paid for this - they just did it because it was the right thing to do.”

Ms Silvester believes everybody has the right to maintain independence regardless of their age.

“Ageing is not a disease, and our programs are designed to let both our clients live out their retirement with dignity, independence and freedom.”