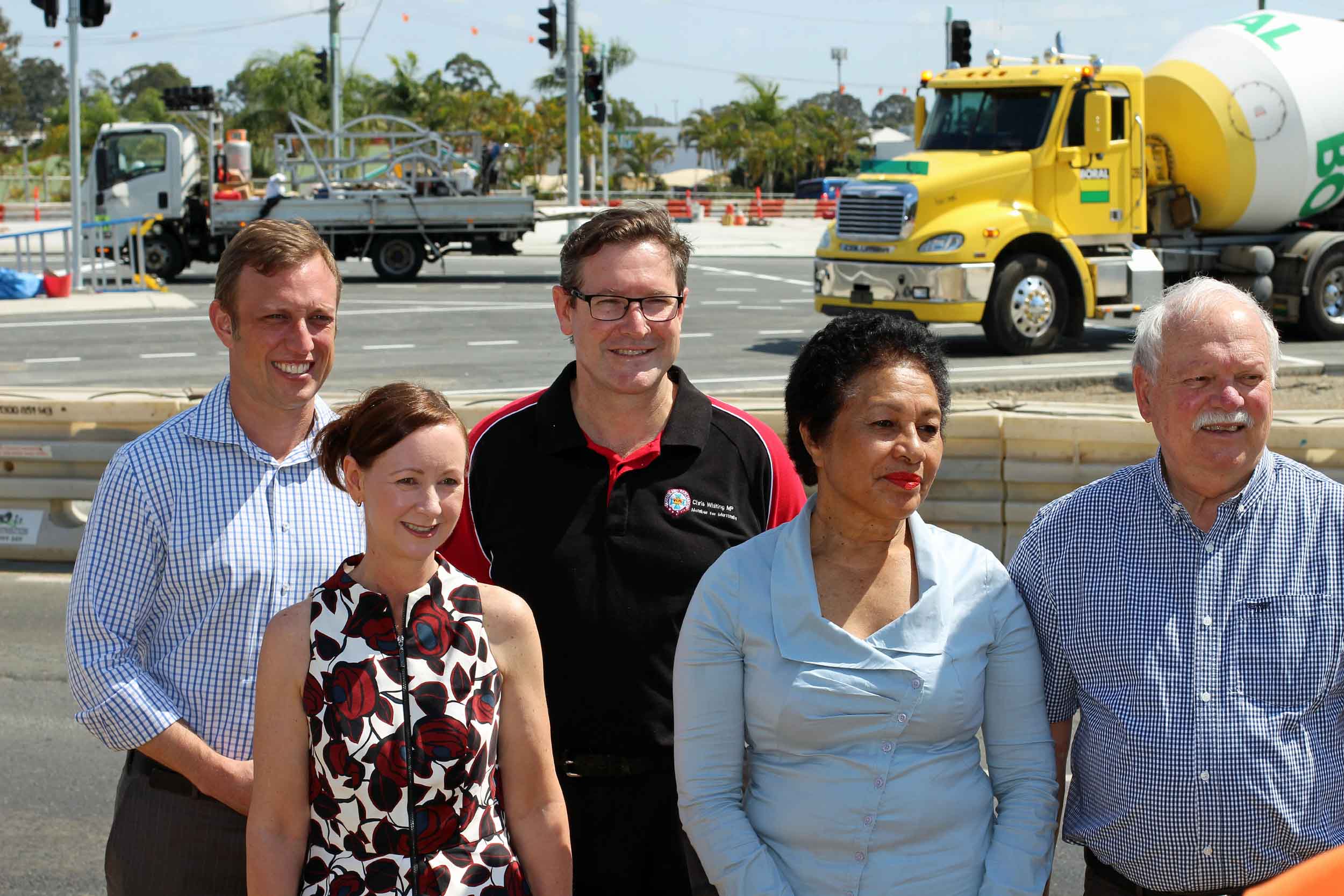 The last traffic switch will happen this weekend as the $37.5 million upgrade to Rothwell intersection nears completion.

Acting State Main Roads and Road Safety Minister Steven Miles said the last major traffic switch is scheduled to occur on Sunday 24 September and the traffic signals would be switched on next week.

“This will be the first time motorists will be driving on the final alignment in each direction and with operational traffic signals, which is exciting news for motorists who use the intersection each day,” Mr Miles said.

“The Australian Government, Queensland Government, Moreton Bay Regional Council have jointly invested $37.5 million in this project to convert the existing roundabout at Deception Bay Road and Anzac Avenue to a signalised intersection.”

Federal Minister for Urban Infrastructure Paul Fletcher said steady progress has been made on the project despite the challenges of working at a complex intersection.

“Maintaining traffic volumes through the intersection while delivering the project has been managed well, considering the complexities of the work and the 50,000 vehicle movements daily,” Mr Fletcher said.

“The project team has made great progress to keep work on this major project on schedule and to now reach this final stage of the upgrade.”

“The Rothwell Intersection Upgrade delivers new signalised pedestrian crossings and dedicated cycle lanes making it more convenient and safer for local residents to get around, to school, the local shops, and back home again,” Cr Charlton said.

Member for Murrumba Chris Whiting said he was especially pleased to see vehicle access retained between McGahey Street and the intersection.

“Retaining the McGahey Street access following community feedback is a real win for local residents and businesses in the area,” Mr Whiting said.

“The project has also supported an average of 110 direct jobs in total during construction.”

Member for Petrie Luke Howarth said construction on the intersection was now entering its final stage, with work on-track to be completed later this year.

“The traffic switch this weekend will be an exciting step in the project for motorists and neighbouring residents because they will be able to see works are nearing completion.”

The traffic switch will allow for the existing roundabout to be removed and traffic realigned to the final intersection configuration.

Rothwell station access roads, Warbrick Way and Stubbins Street will be used to redirect traffic around the works.

Traffic conditions during the day will not be affected, with full access reinstated at the roundabout to maintain traffic flow.

Further information about the project can be found at www.tmr.qld.gov.au and search for ‘Rothwell Intersection Upgrade’.