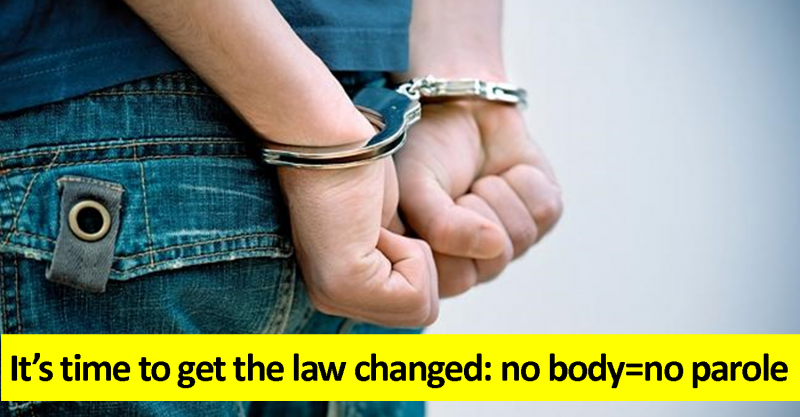 Queensland leading Australia on No Body, No Parole

Queensland Parliament has passed ‘No Body No Parole’ laws, including an Australian-first provision to broaden the laws to include anyone convicted of being an accessory after the fact to manslaughter.

Attorney-General and Minister for Justice Yvette D’Ath said the legislation would go some way to providing all-important closure for grieving relatives.

“These laws will help victim’s families and provide an incentive for offenders to cooperate with authorities,” Mrs D’Ath said.

“In addition to our original bill, after consulting with families our legislation was expanded to include someone convicted of being an accessory after the fact to manslaughter.

“I would like to thank Queenslanders like Fiona Splitt and Gary and Leanne Pullen who have lost loved ones, yet found the strength to advocate for this important reform,” Mrs D’Ath said.

Minister for Police and Corrective Services Mark Ryan said to be eligible for parole, all current and future prisoners would need to satisfy the Parole Board that they had satisfactorily cooperated with police to identify the location, or the last known location, and place of a body.

“’No Body, No Parole’ means that unless the Parole Board is satisfied that the prisoner has cooperated satisfactorily, parole must be refused,” Mr Ryan said.

“We cannot bring back their loved ones, but we can try to ensure that those convicted of these heinous crimes do the right thing for the victims’ families.

“This legislation implements a recommendation of the Sofronoff Review and also stems from the tireless advocation of those who have lost loved ones.  This is about the Palaszczuk Government putting victims first.”

Ms Splitt’s husband Bruce Schuler disappeared more than five years ago while prospecting near Palmerville Station, north-west of Cairns. Two people were convicted of his murder but his body has never been found.

“This legislation not only acknowledges my family’s grief and loss but all loved ones of murder victims, especially when we are unable to lay our loved ones to rest,” Ms Splitt said.

“It's been a long emotional journey to get to this day. I thank the Palaszczuk Government and everyone else who has supported me through this journey.”

The Attorney-General said the new laws were among a range of Palaszczuk Government actions to help victims of violent crime and their families.

“A free updated ‘guide for Victims of Crime in Queensland’ is also now available. It explains to victims, their families and friends how to access financial help and the support services needed to help them through what is a traumatic time.”

The guide is available here.