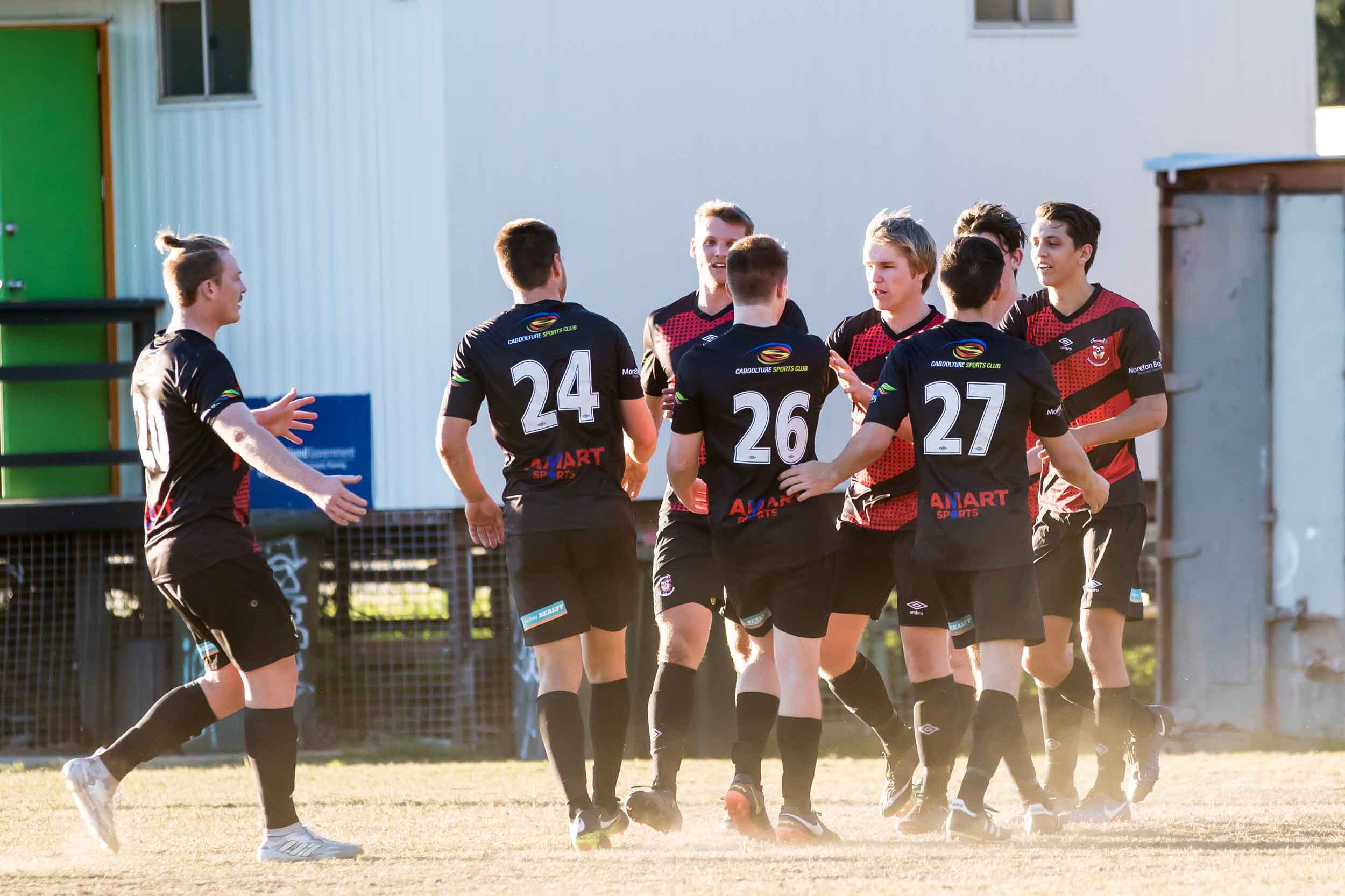 The exclamation point to cap off an extraordinary season was written on Saturday by the Caboolture FC reserve grade side, beating Tarragindi 8-2 to secure what coach Paul Shorter believes is the club’s first senior premiership in its 48-year history.

Taking on the Tigers on their home turf, Caboolture found themselves in the unfamiliar position of being down 2-0 early in the match, but recovered in style with doubles to Jake Baines and Harry Krohn helping the side to yet another dominant win.

“It was a bit of a shock to the system to concede those goals after only 10 minutes, but the boys switched on and showed how much the premiership means to them by turning the match around,” Shorter said.

“They were over the moon after the game, not only for the premiership but to be involved in such a historic occasion for the club.

“A lot of the team have been together at the club since they were six years old, so it’s means so much for them to be a part of this.”

With just two games to go, the win gives Caboolture an unassailable lead at the top of the Capital League 3 Reserves ladder, having lost just one game from 20 this year.

The obvious indication of the side’s dominance over the rest of the competition is their goal difference of 76, having scored an unbelievable 95 goals and conceding just 19, compared to second-placed AC Carina’s goal difference of 26.

“If you look at all the Football Brisbane competitions from the Premier League down to Capital 4 reserves, we have the second-highest goal difference out of anyone,” Shorter said.

“The goals have come from everywhere as well, not just one or two players. Five of the top six goal scorers in the league are Caboolture players.

“There aren’t any individuals in the team. We’ve just focused on playing together as a unit and sticking to our game plans and they’ve executed brilliantly all year.

“The average of the side is only about 19, so they’re by far one of the youngest sides in the competition – we even have a couple of boys still at school.

“They play well beyond their years though, with everyone working hard for each other and not shirking their responsibility.”

While Westside and Carina will present strong challenges in the last two matches before finals, it appears likely Caboolture will rack up five more goals to reach the magical 100 mark for the season.

“You really can’t underestimate what they’ve achieved, and in my years of coaching I’ve certainly not been involved in a side that has been so dominant for a whole season like this,” Shorter said.

“We’re pretty confident of winning the double (premiership and grand final) but finals are always anyone’s game so we need to make sure we turn up ready to play.

“Our first grade side look likely to finish second so hopefully we can wrap up the club championship as well.

“The long-term goal is to keep moving up the leagues, but also to keep the same crop of players around so we can continue this success going forward.”