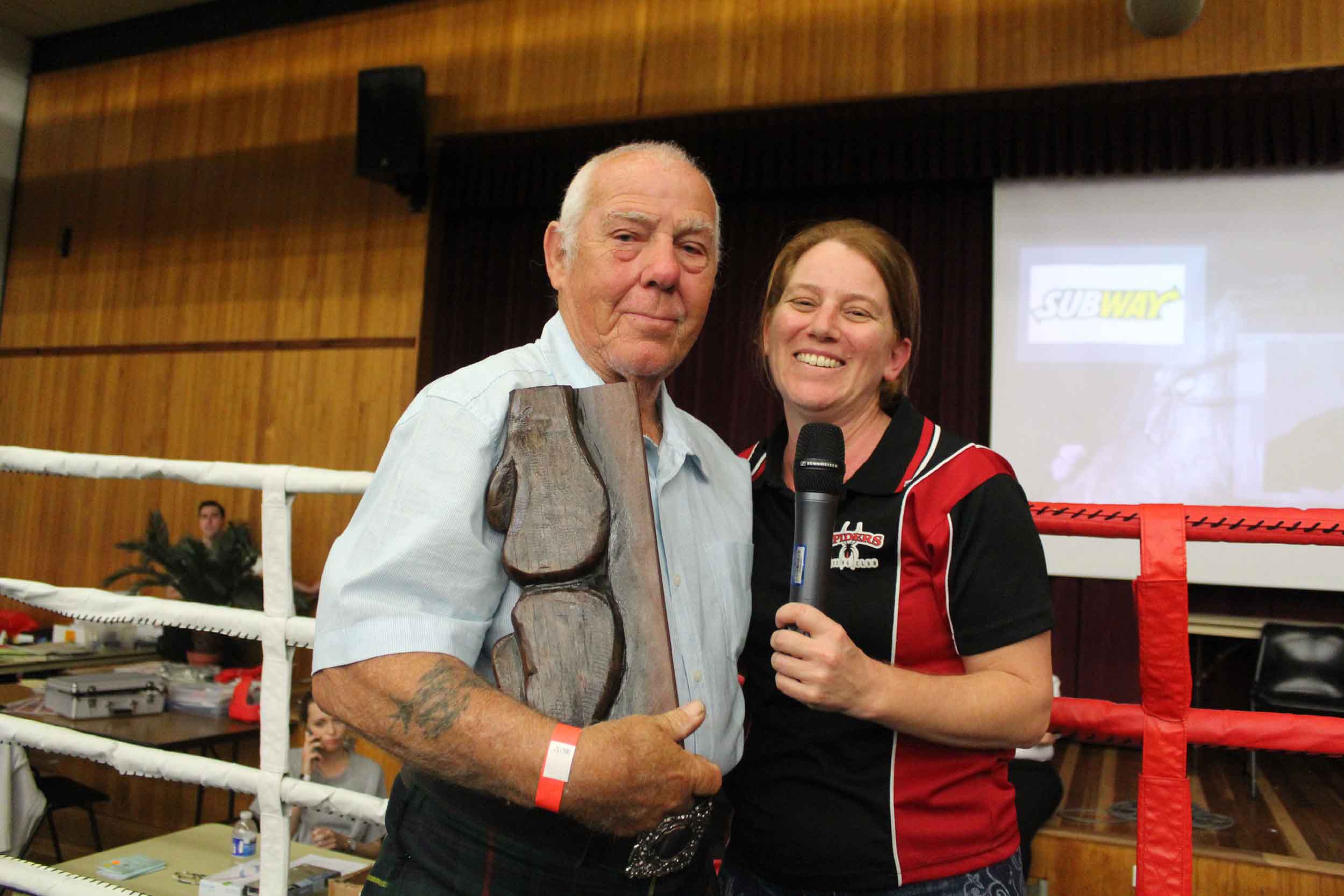 Spiders Boxing a knockout with the crowd as Mr. Spider is honoured

Absolutely plenty to cheer about with an atmosphere that would be buoyant anywhere on the planet provided it included the groundswell of support of Spiders Boxing Club and those who enjoy the sport of boxing.

A packed hall witnessed some of the top up and coming fighters from Caboolture and region take up the challenge from fighters from as far away as north Queensland and New South Wales.

Originally billed 21 round afternoon and evening, was regrettably shortened to 19 due to late illness, however the crowd was spirited and vocal over every round that played out.

Plenty of raffle prizes were awarded during the night however it was the surprise visit by the original Mr Spider him self Jock Duncan who kicked started Spiders Boxing Club over 20 years ago and was inspired by the Spiders Boxing club in Edinburgh Scotland.

Mr Duncan who came dressed in his family kilt got the chance to thank everyone for their support and to receive a special life member award in the centre ring which was a memorable and emotional moment for Mr Spider.

Mr Duncan praised the efforts of those that have carried on the spirit of Spiders Boxing Club and was particularly proud of all participants and club members on what they have achieved, and he paid particular special mention to Kylie Burford the current President for what her leadership at the club. 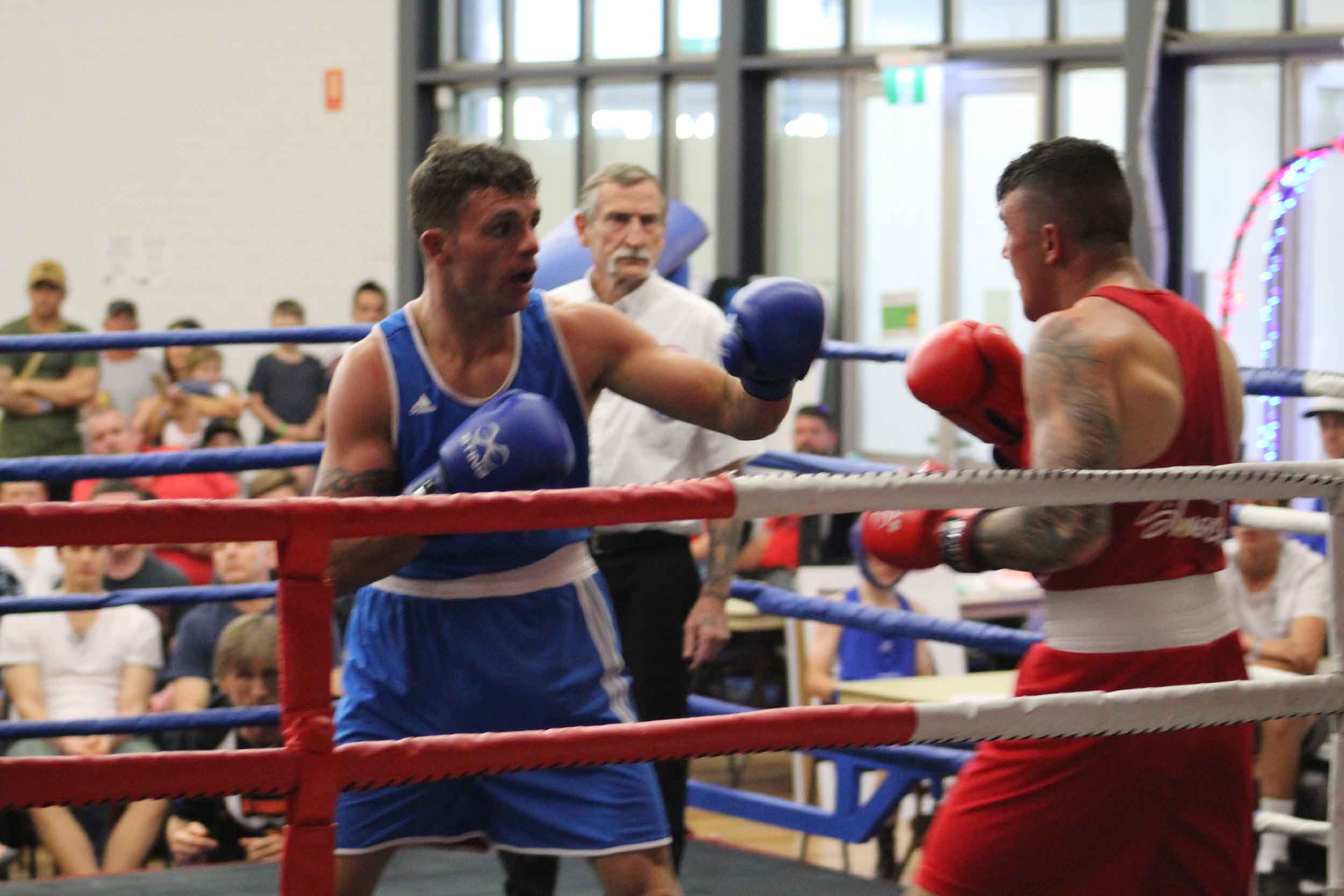 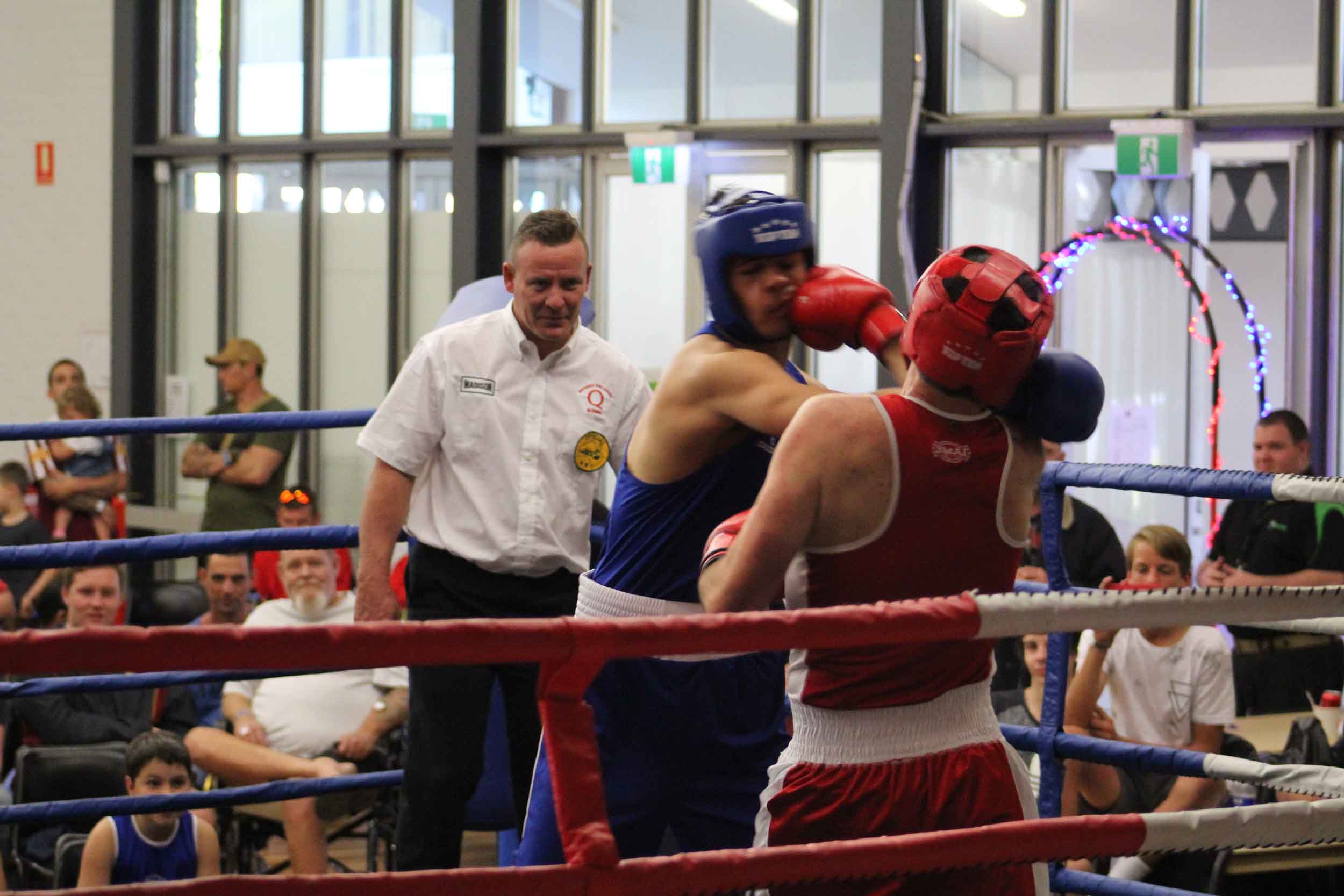