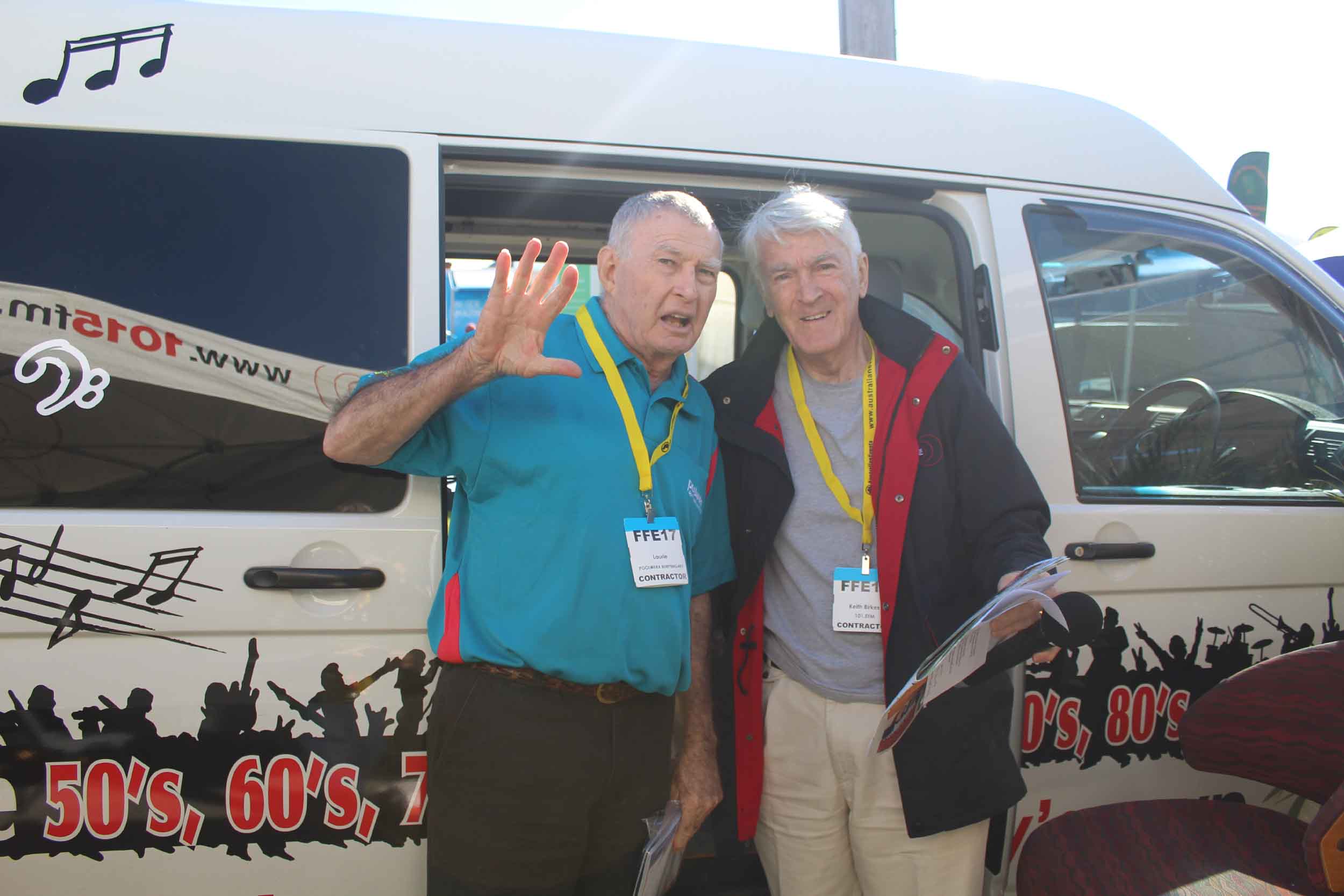 Laurie has been around for a long time in the local area partly with Poolworx in Burpengary , and during his time there he developed the "Kids Alive Do The 5" Kids safety Program for around water.

Back in 1988, Kids Alive Drowning Prevention Campaign was launched to combat the problem of accidental death by drowning in the under five age group.

With support from the Federal Government and community service advertising, the program runs nationally.

He has researched, documented and developed a program which is now internationally recognised  with the books, animated cartoons and video clips of songs, all of which now go free to Early Learning centre's in Australia.

"Its all about saving kids lives " particularly around water says Laurie, who emphasises these steps from,  Fence the pool Shut the Gate,  Teach the your kids to swim its great; Supervise, watch your mates, learn to resuscitate.

Laurie is entertaining kids and adults alive with public reading of Farm Safety at Farm Fantastic at around 11 am Saturday and Sunday which is just part of the complete series of books with stories covering Farm, Pool, Beach & Home

When Laurie does the Stories in front of an audience expect some lively characters come to life in  "Life Saver Lil", "Boo the Little Naughty Alien" & "Wise Owl"