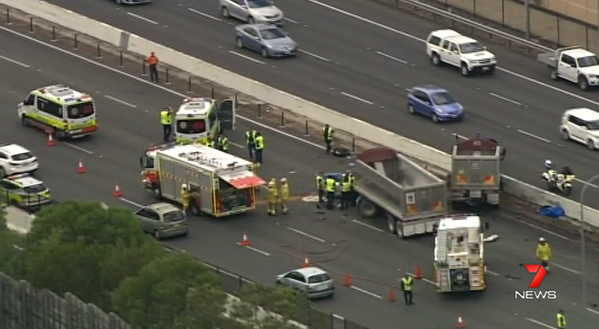 Minister for Main Roads and Road Safety Mark Bailey and Police Minister Mark Ryan say it’s been a horrific start to the school holidays on our roads and their thoughts are with the families and friends of the five people killed this weekend.

Mr Bailey said while the Palaszczuk Government had launched a number of road safety actions and campaigns targeting the Fatal Five, road safety was everyone’s responsibility and motorists needed to step up.

“It’s absolutely gut wrenching every time I hear of another fatality on our roads,” Mr Bailey said.

“That fatality is more than just a statistic, it’s a mother, father, child, brother or sister that’s just been tragically killed and that has far reaching emotional trauma throughout an entire community.”

“We’re committed to lowering road trauma and distractions like mobile phones and drink driving is a priority,” he said.

“We’ve launched a number of road safety campaigns targeting speeding, drink driving, mobile phones, motorcycle safety and sharing the roads which have reached millions of people through Join the Drive to Save Lives.

“This includes ‘Sixth Sense’ a motorcycle safety campaign with five-time world MotoGP champion Mick Doohan and ‘Settle Down Stallion’ an online campaign made by young drivers and aimed at young drivers.

“This week we will launch our second campaign made by young people for young people. This one focusses on distraction and called ‘Chin Up’ will send a clear message to our young people about using their mobiles while driving.

“The Palaszczuk Government is also on-track to implement over $500 million in road safety initiatives as outlined in our Road Safety Action Plan to be released in August will show Queenslanders exactly what we will be doing over the next two years to make our roads safer.”

“School holidays should be a safe and happy time for Queenslanders, and we’re doing what we can to make sure motorists aren’t putting the lives of others at risk on our roads,” Mr Ryan said.

“The operation is also targeting driver distraction as well as speeding, seat belt use, drink and drug driving and fatigue, which together make up the fatal five.

“The QPS has more officers out on our roads than ever before and will continue to be out in full force.

“I urge people to make the right choice and drive safely. It’s important for not only yourselves, but for other road users.”