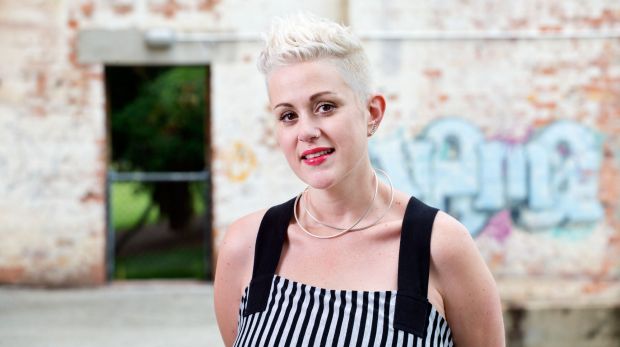 Queensland Music Festival (QMF) Artistic Director Katie Noonan has put out a rallying cry for Australians to unite using the power of our voices and sing for positive change about domestic and family violence.

A passionate advocate for the cause, Ms Noonan wants thousands of singers in community, school and professional choirs and individuals across the country to join forces in a monumental musical event You’re The Voice, which will culminate in a moving, mass rendition of John Farnham’s powerful anthem.

The You’re The Voice choral concert will take place during Queensland Music Festival on Saturday 29 July 2017, when more than 2,000 people, including Katie Noonan and other star talent to be announced, will sing their hearts out at Brisbane’s South Bank Piazza.

Joining them via a livestream through the QMF website and social media channels, will be a cast of thousands - men, women, boys and girls from every corner of Australia who want their voice to be heard on this issue - to sing in unison with those at the big finale event.

Katie Noonan is passionate about using music to educate, inspire and change the world, as well as helping everyone to find their musical voice.

“Everyone has a voice and I’m calling on them to use it for good. Australia’s domestic and family violence crisis is not an easy subject of course but a pertinent one that cannot be ignored, and as a woman in the music industry I think it’s time we united our voices,” Ms Noonan said.

“John's iconic song of 30 years ago is more pertinent than ever. Sung through the filter of our domestic and family violence crisis, lyrics like "this time we all can stand together, with the power to be powerful believing we can make it better" are incredibly apt. We all can stand together and commit to caring for each other.

“We can sing together for those whose voices have been silenced by fear and use the power of music to educate, empower and create change.”

Premier and Minister for the Arts Annastacia Palaszczuk said the Queensland Government commends Queensland Music Festival’s You’re The Voice initiative that works to unite communities and speak out on the issue of domestic and family violence through music.

“I encourage Queenslanders to participate in the You’re The Voice initiative,” she said.

The Honourable Quentin Bryce, AD CVO, Chair of the Special Taskforce on Domestic and Family Violence in Queensland, will be the Patron of the event. She said You’re The Voice would send a powerful message of unity and solidarity with those members of our community who need our voice.

“We all have power to be part of the solution, to raise our voices against violence and affect true change in our communities,” she said.

“Our School of Hard Knocks 'No Excuses' women's choir program in Melbourne has had a huge impact and many of the women have experienced family violence, saying that the music has given them a voice and empowered them to start healing and turn their lives around through shared singing,” Dr Welch said.

There will be a program of smaller choir performances during QMF 2017 leading up to the big night.

It doesn’t matter if they have only ever sung in the shower, QMF wants You’re The Voice to be a socially inclusive event that anyone can take part in, even if they’re just singing in their sitting room.

To help raise awareness, QMF is working closely with the Allison Baden-Clay Foundation and board member and Allison’s sister, Vanessa Fowler, Rosie Batty and the Luke Batty Foundation, and DVConnect.

Aurizon Managing Director and CEO Andrew Harding said Aurizon is proud to be a presenting partner of this important project.

“The safety of our employees and others is our highest priority and this initiative builds on the work we are doing to help prevent domestic violence and support those affected,” Mr Harding said.

“Employees from across Aurizon will be joining choirs to raise their voice and help put an end to domestic violence.”

QMF (7-30 July 2017) is a biennial festival that brings music to every corner of Queensland with more than 100 events over three weeks.

To register interest in singing in You’re The Voice, please visit qmf.org.au.

The You're The Voice project is presented by Queensland Music Festival, Brisbane City Council, Department of the Premier and Cabinet and Aurizon, and is proudly supported by Brisbane Airport Corporation, Australia Council for the Arts, The Courier-Mail and The Sunday Mail and APN Outdoor.