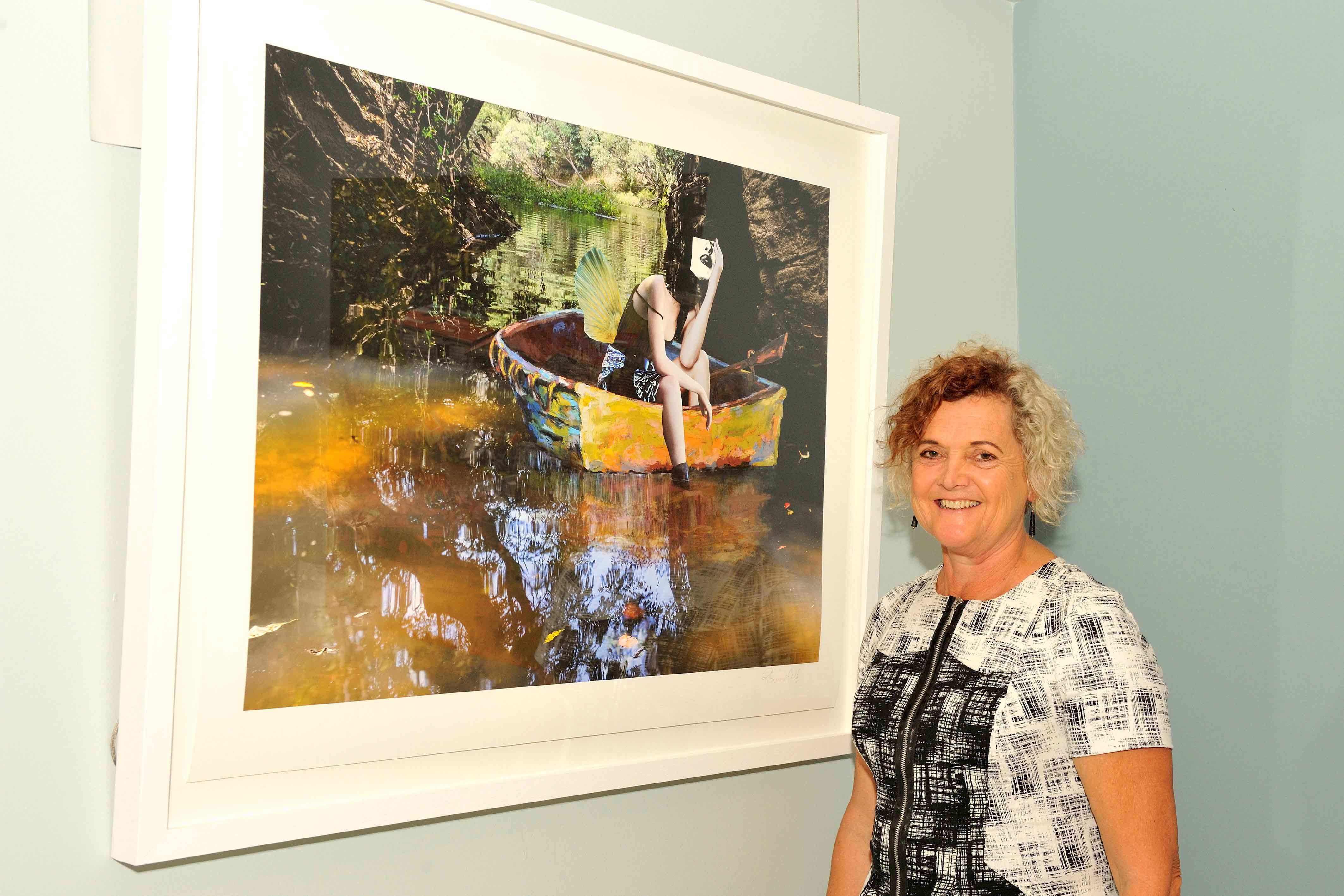 Haasts Bluff’s Eunice Napanangka was awarded one of the $7,500 acquisitive prizes for Kuru yultu, which depicts her father’s Tjukurrpa, or Dreaming, while Rochelle Summerfield from Seelands received an acquisitive prize for her collage Lost.

Moreton Bay Regional Council Deputy Mayor and Division 9 Councillor Mike Charlton congratulated both artists on their success at the awards’ launch event on Friday, May 19.

“It was certainly no easy task for our judge, [UQ Museum Art Director] Dr Campbell Gray, to select two winners out of the short-listed 130 high quality works,” Cr Charlton said.

The Moreton Bay Region Art Awards is open to entries from across the country.

“To have both artists submit such amazing, skilled and personal works demonstrates not only the event's prestige but the creative excellence of all artists taking part in this year’s awards.

“Hats off to Eunice, Rochelle and all the artists, local and from across the country, on making the 2017 awards a showcase of artistic brilliance.”

Both works will now become part of the Moreton Bay Region Art Collection.

“But, the result provides the viewer with a wonderful experience of artistic expressions,” Dr Gray said.

“The qualities of the winning works included a balance of technical competence, psychological impact, and a capacity to cause the viewer to think again and to think differently.”

Emerging  naive artist Martin Edge was awarded the $1,000 Local Artist Prize for a depiction that imagines the artist skateboarding alongside a CityCat.

Council’s Lifestyle and Amenity Spokesperson Cr Matt Constance praised Martin’s work and said a number of other local artists were also recognised on the night, taking out a number of merit awards.

Jacinta Giles from Corinda, Veronica Cay from Burderim and Mandy Ridley from Brisbane also received merit awards on the night.

“All the works will now be on display at the Strathpine Community Centre until May 28 during the centre’s opening hours of 10am to 4pm.”

The Strathpine Community Centre is located at 199 Gympie Road, Strathpine.

Entry to the Moreton Bay Region Art Awards is free.

For more information on the Moreton Bay Region Art Awards visit www.moretonbay.qld.gov.au or phone the Pine Rivers Art Gallery on 3480 6941. 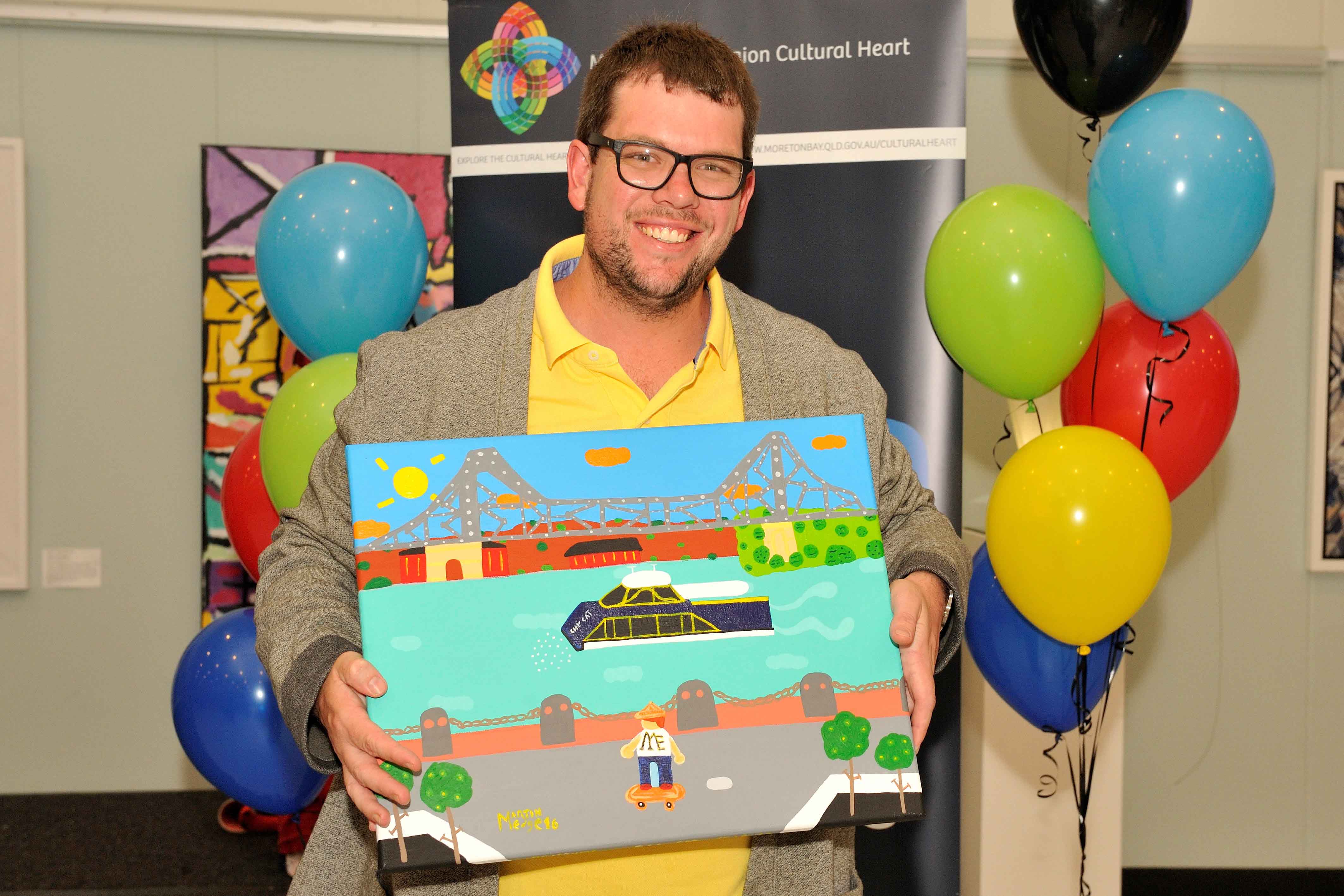