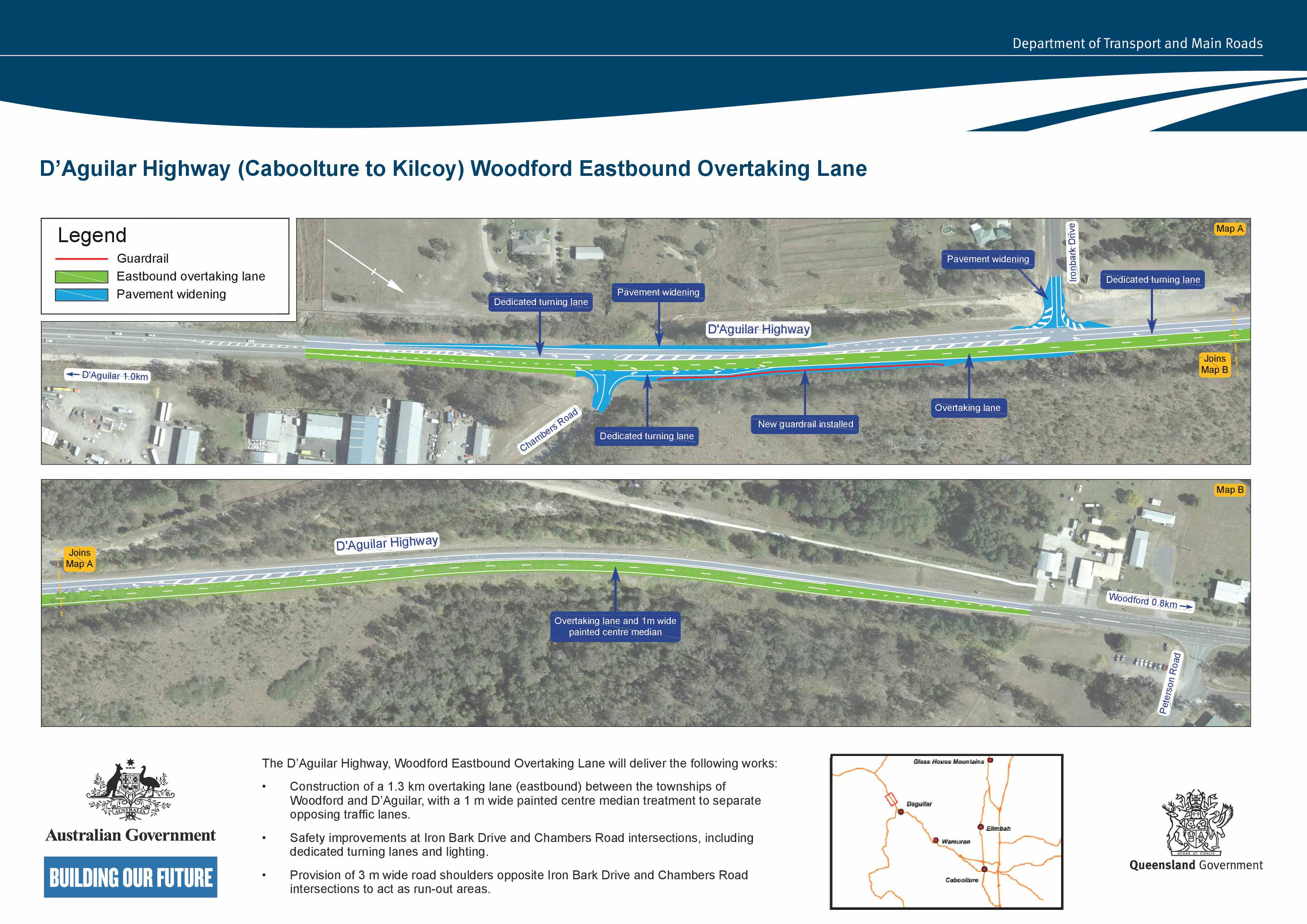 Safety improvement works welcomed on the D’Aguilar Highway at Woodford

Member for Glass House, Andrew Powell MP, is thrilled to announce that safety improvement works planned on the D’Aguilar Highway at Woodford are set to begin in mid-2017.

Following the Australian Government’s announcement in October last year to allocate $16 million to improve highway safety between Caboolture and Kilcoy, a new eastbound overtaking lane will be built on the D’Aguilar Highway at Woodford.  Road safety improvements at Wamuran will also be completed.

“It’s great to hear that the Department of Transport and Main Roads (TMR) have finalised the design for the overtaking lane in Woodford and I know the community will be excited to see the work commence on this latest project”, Mr Powell said.

Mr Powell said that these improvements will certainly improve safety along this stretch of the Highway and he would like to acknowledge and thank the Australian Government for their commitment to ensuring further improvements on the D’Aguilar Highway.

“On the back of improvements already completed at the two Gamgee Road intersections which included construction of an overtaking lane (eastbound) and resealing of the road surface between Neurum Road and Canando Street,  these improvements will go a long way in making the journey between Caboolture and Kilcoy a much safer alternative”, Mr Powell concluded.