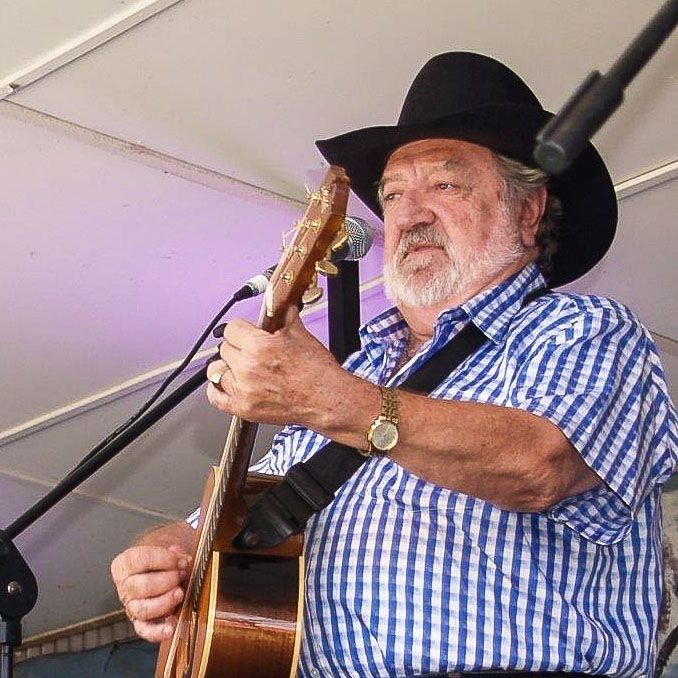 Terry Gordon one of the headliners at Caboolture Country Music Jambouree and Talent Quest Speaks to Harriet on 101.5 2017-03-20

Terry Gordon is an Australian Country Music Legend, elevated to the Roll of Renown and Hand of Fame in Tamworth. Terry is known for his comedy and traditional country music.

1961 – Formed “The Wanderers” and performed on WIN 4 Wollongong, and venues on the South Coast. In his early twenties he was working as a solo performer on the Sydney pub circuit.

1979 – Recorded on Opal Records (Tamworth). “The Last of the Marrickville Cowboys” and had success with “The Balmain Flash”.

1993 - Honoured with the coveted award of Country Music Entertainer of the year.

2005 - Awarded the Order of Australia Medal (OAM) for his service to the entertainment industry, and the community through performances for charitable organisations.

Since beginning his distinguished recording career, he has released 25 singles and 20 albums.

His versatility as a balladeer, songwriter, bush poet, comedy performer and TV host has established Terry as one of CM's finest entertainers. During a career of continuous travel, he has criss-crossed the length and breadth of Australia literally dozens of times. Terry has performed in all kinds of venues - from weather-beaten tents to the most modern TV studios and entertainment centres. On stage he has worked alongside such local CM legends as Tex Morton, Chad Morgan, Slim Dusty and just about all the greats of the industry.