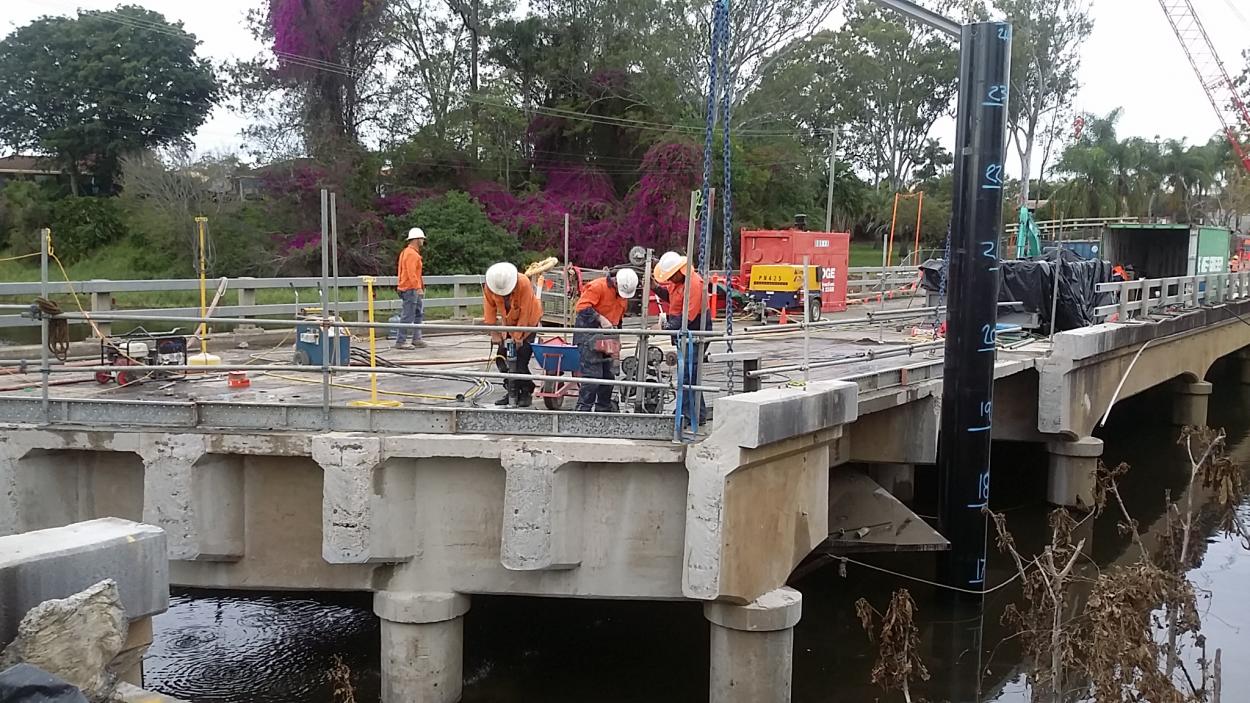 State Member for Morayfield The Hon. Mark Ryan updates us on the progress of the Morayfield Road Caboolture River Bridge and it looks to be completed on time or earlier, with works in progress working on the final stages of its re construction.

Work on the 90 year plus bridge has taken it from tender, demolition and building it to 21st century guidelines along the way some history has been preserved at the Caboolture Historical Village for posterity.

Mark Ryan says he is hopeful that not only will traffic flows get back to normal but that a re dedication and re opening of the bridge ceremony can also take place at the appropriate time.