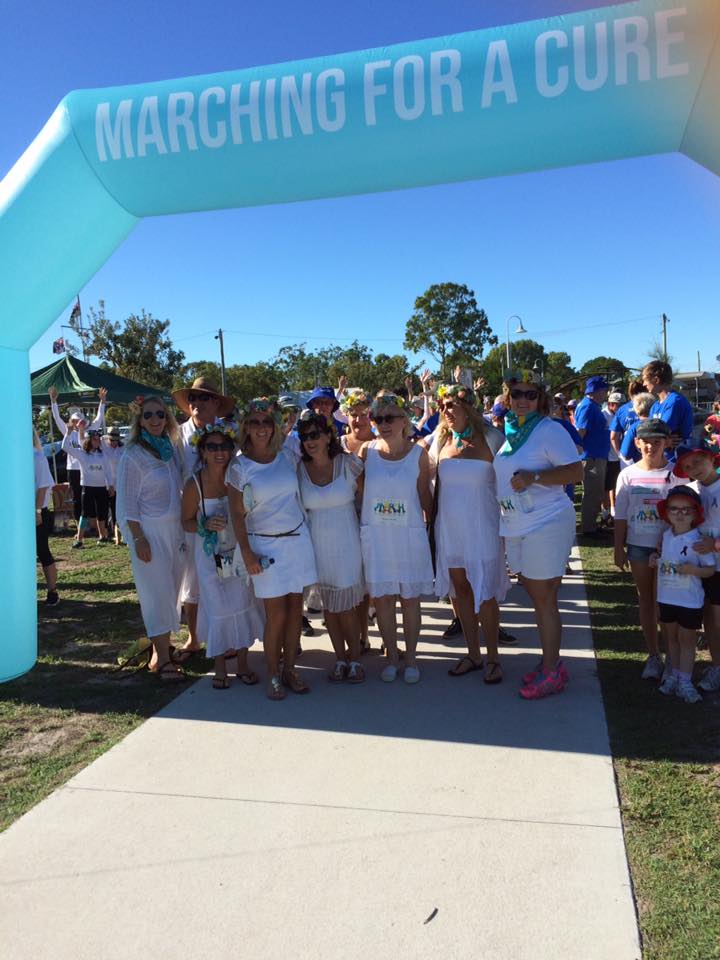 The 2017 Bribie Island Melanoma March with storms around in Queensland was blessed with fine sunny weather on the day with several hundred passionate people about a cause that is close to their heard and one of the new marchs outside the capital cities around the nation.

With many locals from not just Bribie Island or the Moreton Bay Region but as far away as Coffs Harbour making this the event of choice to promote awareness of Melanoma and raising funds to hope one day a cure can be found.

Treatment of this disease has advanced over the decades where 20 odd years ago it would have been a death sentence, today treatments are successful provided it is caught early

The Buffalo Girls from Coffs Harbour speak from personal experience in having regular doctor check ups and skin specialists examining the skin to catch melanoma early.

They travelled here to help bring about awareness and making new friends along the way.

Joy Leishman who organised the event was pleased with the attendance and the money raised, but most importantly the awareness promoted through the media which is so important.