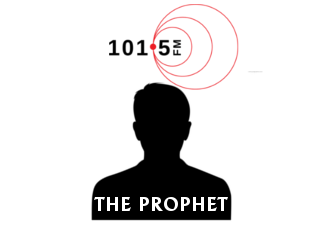 While others thought it impossible, we predicated that Donald Trump would be President as early as July last year, long before the inevitability of western society finally rejecting the establishment.  An establishment that had seen the once great US becoming a basket case with debts of over 18 trillion dollars with  manufacturing jobs being shifted offshore and a society where only a few profited while the bulk of the population’s wages and lifestyles continued to plummet.   The basic wage in the US (if you can get it) is $7.50 per hour while the decline of the middle class in the US continues to occur at an alarming rate.   The choice was clear; do we maintain the norm and elect another Clinton to add to the Bush Clinton dynasty?  Or try our luck on a roughie that doesn’t fit the typical profile of a loyal establishment member.   Hillary had been Obama’s secretary of State and had bragged about her intervention in the Middle East with the funding of so called freedom fighters in countries like Libya and Syria and the people had given up on an establishment that has seen the US involvement in wars seeming never ending.   On the eve of the election the result was obvious for all those that looked, but the media continued pushing the Clinton ban wagon in a last ditch effort to push her and the establishment across the line which like “Brexit” in Brittan failed.

We could have a talk by itself on the US and Trump and the feeling in Brittan that lead to them exiting the European Union but as foreign politics is not my specialty I will leave that to others better suited.  One thing for certain is though that the phenomenon experienced in both those countries had already begun in Australia some years before hand but accumulated at the 2016 election whereby minor and independents received  over 25% and in some states 30% of the total vote.   The rejection of the establishment had well and truly begun in Australia.   The flogging off our nation’s best assets, free trade agreements that benefited others and left Australians to wear the brunt and international agreements entered into that saw our basic cost of living soar while wages plummeted were just some of the resentment being displayed by the electorate.    Like Brittan Australians have had enough of wearing the costs brought about by unelected bureaucrats d being supported by our country’s leaders.

The rise of minor parties and independents.

In 2017 we are seeing the rise of minors like never before across this nation.  In SA it may be Nick Xenophon, in NSW Liberal Democrats and in Queensland the Katter’s Australian Party holds the balance of power at the state level and a massive resurgence of Pauline Hanson’s One Nation Party is raging right across the nation.    In all my years covering minor party politics, never have I seen a minor party receive such favourable media coverage as the re-birth of Pauline Hanson.    While most minor parties struggle to get any media it seems as though Pauline is the media favourite and there is hardly a day go past without a major headline covering One Nation or some event she may or may not have had a influence on.     In the first day of sitting this year Liberal Senator Cori Bernardi announced his resignation from the liberal party and his intention to establish a truly representative conservative party in Australia.

The decline of major parties – Why?

Over the last 70 years Australians have gravitated to two political party groups, one being the labor party for those that believed that this party was for the working man and the other the liberal party that its followers believed supported small business.   This may or may not have been the case in those days  but one thing we all know is that after the dawn of “Neo Liberalism”  launched in 1984 by the then Hawke Keating government  those boundaries changed forever.  Both political groups commenced selling of our nation’s best income bearing assets and began embracing globalism while condemning nationalism.   The DLP unions (usually smaller and more moderate) were merged into the larger socialist unions that over time became less interested in workers  but more interested in a Marxist changing society ideology.  Workers’ rights were dropped for women’s rights, gay rights and today an LGBTI agenda.  This created a huge divide in the community that the conservatives were able to differentiate themselves from and the base from where the old labor moved to maintain their strength and influence.    The old country party would become the National party and faded into insignificance as the leaders drove us  towards a new global form of laissez-faire Capitalism were taken on and Australia’s tariffs began to disappear in earnest as the US embraced Reganism and the UK took on Thatcherism (other terms for Neo-Liberalism).  The banks were deregulated in Australia and like the rest of the world debt became the new capital of capitalism.    The old boundaries in Australia had disappeared and we were that somehow that was good for us and we should learn to live with lower living conditions while shipping our jobs overseas.  The emergence of the greens suited both a far left agenda socially while picking up the wealth woman’s vote who believed that somehow we should pay for polluting the planet. (Something the west had been correcting for decades).   It was only a matter of time with a political choice so limited that the emergence of an alternative thought or a party that actually looked after its citizens would be sought.   Governments were in bed with massive transnational companies and banks.  Small businesses were burdened with massive over regulation that had them working ever harder for less.  Workers were losing their jobs in droves and unemployment was no longer considered as your status if you worked just one day a month. Secure long term jobs were gone sold off overseas and the era of uncertainty was all around us.  It’s no wonder the electorate had suddenly become concerned and started looking. We saw it in 1998 when One Nation won 11 seats with 22.68% of the vote and again in 2012 when the ALP vote dropped 15.5% and the KAP won 11.5%.  But federally we have seen over 12 years a gradual increase across the board to minor parties.

This year so far and possible outcomes.

This year Australians had to consider their lot as they contemplated a conservative leader in Malcolm Turnbull who by anyone’s opinion is far from being conservative.   With the election of President Trump last year Malcolm had raced off to sign the Paris Accord something that sent horrors down every conservative’s spine.     Why would he do that?  Why do we have a leader of a conservative party so void of what it is to be a conservative?    On the other hand we have a leader of the once working man’s party Bill Shorten hell bent on embracing renewable energy which has been a major factor in the demise of the manufacturing base in SA and Victoria.  With clean coal now available why would Bill be attempting to save and rebuild manufacturing instead of holding an agenda that would continue the nightmare that has seen our manufacturing workers drop from 1.25 million to 888 million in 2017?  How could he expect to gain the popular vote with that record on his resume? (He supported Julia Gillard during her Prime Ministership). The only other thing he is offering is to remove our democratic vote on a Gay Marriage Plebiscite.    The Nationals Barnaby Joyce wrote a white paper in 2015 of which I discussed here on 101.5 and although it held some hope nothing seems to have eventuated and no new dams are being constructed that might drive some economic stimulus in a declining economy.    The battle grounds are clear in 2017.  Malcolm Turnbull must start to behave like a conservative leader and ditch the RETs or his party will die a slow death.  Donald Trump has opened up many opportunities for Malcolm Turnbull to embrace and expand on and if he fails this time then his time is limited.    The SA blackouts offer a golden opportunity and the 3 billion wasted on clean energy projects are costing Australians and their businesses far too much for far too little gain if any.   The departure of Cori Bernardi is a warning.  Conservatives want a conservative leader.  The Superannuation legislation changes to retirees and the Centrelink debacle have put the government in an unwinnable position.    Governments need to share the pain being inflicted on the community and politicians need to act on their perks and that of government departmental heads that are unelected fat cats sucking on a very sick economy.   The property bubble feeding some state governments is only temporary and if we rely on speculative capital instead of labor producing capital then this government and Australia are in trouble.

How the minors will fail this year.

The Greens.  The greens future looks dim.  The change in the voting system and their drop in support will see them lose at least 3 seats in the Senate at the next federal election and maybe more.  Their youthful followers who declare  everything that they disagree with as extreme right has us all wondering what the hell do they teach in Universities these days.  The European and Trump movements have been declared by the greens as far right yet engulf much of the Keynes and national policies that their party should support.

Nick Xenophon and his team are the great achievers in South Australia.  Nick has members in both houses and looks like one of the few minors that can retain and gain members at the next federal election.

Pauline Hanson’s One Nation.  The media no doubt love Pauline and as previously stated I have never seen them take to a minor party like Pauline’s One Nation.   While she is making an impact it seems she (or her new favourite Son James Ashby) is ruling with an iron fist.  There is no doubt this time around Pauline Hanson is running the show and if you are a candidate you better keep your mouth shut while Pauline attempts to mould policy.  The early days have been met with disaster but somehow the media have been contained and while nearly 25% of all her Qld candidates have been dropped or resigned the media continue to paint her in a good light.  But with his sort of support she has the opportunity to have a real go.  The WA election is her big test. They have not felt or heard the internal troubles that have engulfed her in Queensland and may just forget the Rod Culleton’s fallout with her over the banking royal commission which was her platform in 2016.  It seems many of her ideas have been weakened or dropped and many are asking why she has given the government so much support.   Her recent announcements on policy have left her wanting but to date has not affected her popularity.   The debits tax, the Pre-Nuptial agreements and even her way of introducing an upper house (although a great idea) left her understanding and knowledge depth wanting.   She does though have an opportunity to employ some of the best minds in politics her future will depend on incoming members of parliament and what advisors she employs.   We have seen her rise before only to falter and it is common knowledge that some of her most loyal followers have been sacked or demoted after her success in 2016.  Her loyalty it seems is only demanded one way and that may be her undoing.