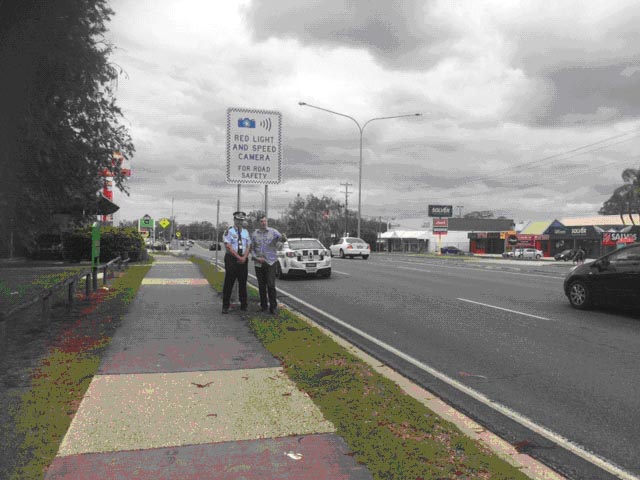 “Last year a male motorcycle rider tragically lost his life following a traffic incident on the intersection of Morayfield Road and Devereaux Drive and we are doing all we can to avoid a similar tragedy from happening again.

“Year-on-year we see too many lives lost on our roads and the Palaszczuk Government is committed to doing all we can to reduce these tragic incidents.

The Queensland Police Service (QPS) in conjunction with Transport and Main Roads (TMR) has installed the cameras at:

“The aim of these cameras is to deter drivers from speeding or disobeying red light signals as the consequences of this risky behaviour is known to contribute to road crashes,” Assistant Commissioner Keating said.

“Speeding and disobeying signals is illegal and dangerous. It is everyone’s responsibility to drive safely.

“We are urging motorists to travel at the appropriate speed for the conditions and the posted speed limits at all times.

“Driving through red lights or speeding through intersections is dangerous driving behaviour that can have serious or fatal consequences,” Assistant Commissioner Keating said.

The two new intersections have high volumes of traffic travelling through them every day and have been identified as high-risk intersections from data analysis undertaken by TMR.

With the new installations, a combined red light and speed camera system will detect motorists failing to comply with the traffic light signal or exceeding the posted speed limit at the intersection.

Assistant Commissioner Keating said these cameras would monitor vehicle speeds at all times, not just when the traffic light signal is red.

“Police remain concerned that speed continues to be one of the main contributing factors to the state’s road toll.”

The new combined red light and speed cameras will begin operating this week.