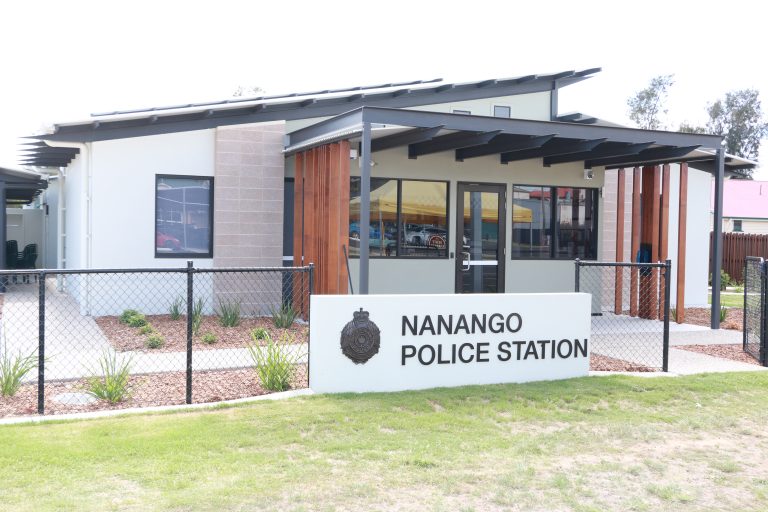 Minister for Police, Fire and Emergency Services Mark Ryan and Commissioner Ian Stewart were both on site today to open the new Nanango Police Station.

Built upon the same location as the old station, the $2.51m upgrade can comfortably accommodate 22 operational officers.

The Nanango Station currently consists of 10 officers with Sergeant Jason Newton as the Officer in Charge.

Commissioner Stewart said he was confident the development of the new station was a step forward in continuing a proud background of policing in the Nanango area, dating back to 1864.

“It is fundamental that the service we provide is adequate to the current and future needs of the surrounding community,” Commissioner Stewart said.

“The opening of the new Nanango Police Station means we are placing local officers in the best possible position to respond to and address community safety issues in a timely, proactive and preventative manner.

“With the station now operational, police will continue to partner with other emergency services within the Nanango Division to protect property, preserve safety and prevent crime.” Minister Ryan said the new Nanango Police Station has been designed to meet the foreseeable needs and challenges of Nanango, Maidenwell, the Bunya Mountains and surrounding communities.

“Nanango Police have consistently delivered a very high level of service to the community in the past, and it is my hope this new station will enable the continuation of this service now, and into the future.” Minister Ryan said.

Planning commenced for the project in October 2014, with practical completion finishing in August 2016.

The Nanango Police Division services an area from Wattle Camp to the north of the division, to Maidenwell and the Bunya Mountains to the south west of the main township of Nanango. This region has a population of approximately 8000 residents.