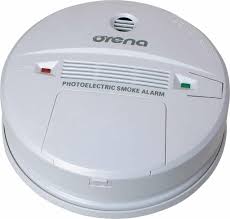 New laws regarding the installation of photoelectric smoke alarms in all Queensland homes will come into effect from 1 January 2017.

Passed in Queensland Parliament in August this year, the smoke alarm legislation will be introduced from 1 January, 2017 to ensure the State’s households are among the safest in the country.

“Smoke alarm laws have been overhauled in a bid to prevent a repeat of the tragic Slacks Creek fire that claimed 11 lives,” Minister Ryan said.

“That devastating incident remains Australia’s worst fatal house fire and no-one in Queensland will ever forget that dark day.

“This new legislation is an investment in fire safety. It means people will be alerted to house fires as early as possible, giving them the best chance of survival.”

Under the new legislation, every Queensland residence will need to be fitted with photoelectric, interconnected smoke alarms in all bedrooms of the home as well as in hallways or between areas containing bedrooms.

Minister Ryan said a 10-year phased rollout of the legislation would give Queenslanders time to ensure they had the right alarms and they were correctly located and installed.

“From 1 January 2017, all smoke alarm installations will need to be fully compliant for new buildings or when significant renovations occur,” he said.

“Private dwellings will be required to comply with the full smoke alarm requirements within 10 years and all houses leased or sold will need to meet compliance within five years.”

Minister Ryan said any smoke alarm being replaced after 1 January, 2017 must be a photoelectric type alarm.

“When it comes to alerting people early to fires, research supports photoelectric, interconnected smoke alarms as the most effective,” he said.

“An interconnected alarm system means that if you are asleep it doesn’t matter what part of the house the fire starts in, the alarm in your room will alert you.

“This is a life-saving overhaul to Queensland’s smoke alarm systems means we are leading the country with these reforms.”

“QFES has long recommended photoelectric, interconnected smoke alarms to be hard-wired into homes and the decision to mandate this in what is the strongest legislation of its kind in the country, will see more Queensland lives saved,” Ms Carroll said.

“Although some residents will have up to 10 years to comply with the changes, everyone should take action to update their alarm systems as soon as possible and make sure their new alarms comply with Australian Standard AS3786 for photoelectric smoke alarms.

“Residents are also advised to review their fire escape plans. We want everyone to have the all-important conversation about how your family will escape your home in the event of a fire.

“When a smoke alarm sounds, you need to know what to do. You may have as little as 15 seconds to enact your fire escape plan.

“Talk to your friends, flatmates and neighbours too - it could be the difference between life and death.”

QFES has a free Safehome program where Queenslanders can request a visit from local firefighters who will advise them of the best locations for smoke alarms and suggest other fire safety initiatives around the home. To request a Safehome visit call 13QGOV or visit https://www.qfes.qld.gov.au/community-safety/freeprograms/Pages/safehome.aspx