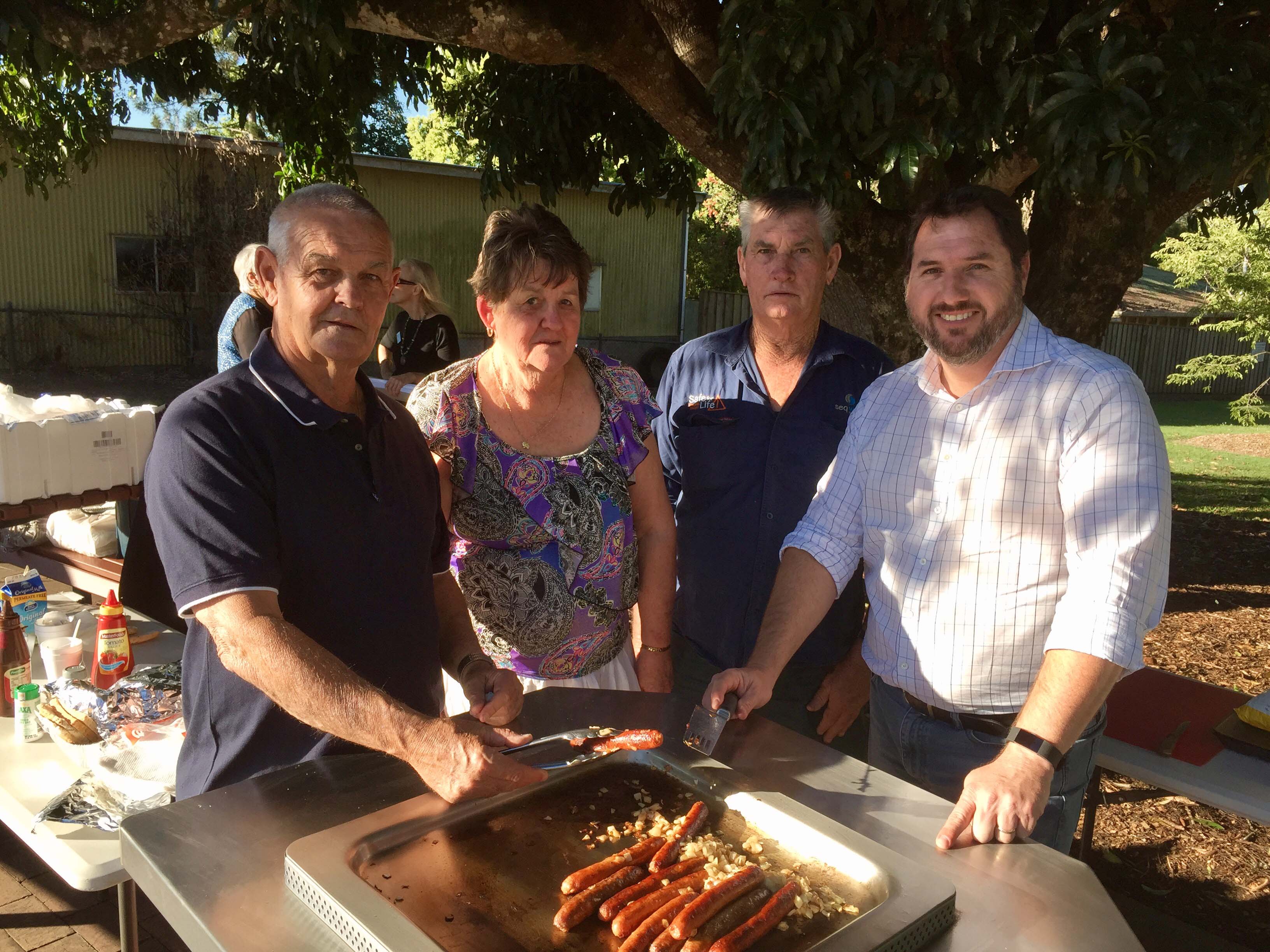 D'Aguilar Highway - One Project Completed, Another Set to Start

As promised, the D'Aguilar Highway between Caboolture and Kilcoy is set to become even safer and more efficient with another major project about to begin, right on the back of the recent upgrades being completed.

D'Aguilar Highway residents came together yesterday to celebrate with State Member for Glass House, Andrew Powell MP, the completion of the new eastbound overtaking lane between the Gamgee Road Intersections west of Wamuran.

"In true Aussie style we threw a sausage on the BBQ to salute the safer Gamgee Road intersections and the first ever eastbound overtaking lane east of Woodford," Mr Powell said.

"But the party became even sweeter when Federal Minister for Infrastructure and Transport, Darren Chester, announced on the weekend that another new overtaking lane would be built at Woodford between Chambers and Petersen roads.

This project is fully funded as part of the Australian Government’s $16 million Road Safety Improvement project designed to benefit all users of the D’Aguilar Highway and was the direct result of lobbying by then Federal Member for Longman Wyatt Roy and State Member for Glass House Andrew Powell MP.

"Wyatt and I had worked tirelessly to maximise the benefit for our local road users from this $16 million investment. We were confident, through smarter design and project management, we could also fund this second overtaking lane so I thank Minister Chester and the Federal Coalition Government for following through on our original plans," Mr Powell continued.

“I am advised the upcoming works near Woodford will include upgrades to the Ironbark Drive and Chambers Road intersections. A tender process will commence shortly and I will keep the community advised as to when construction will commence," Mr Powell concluded.