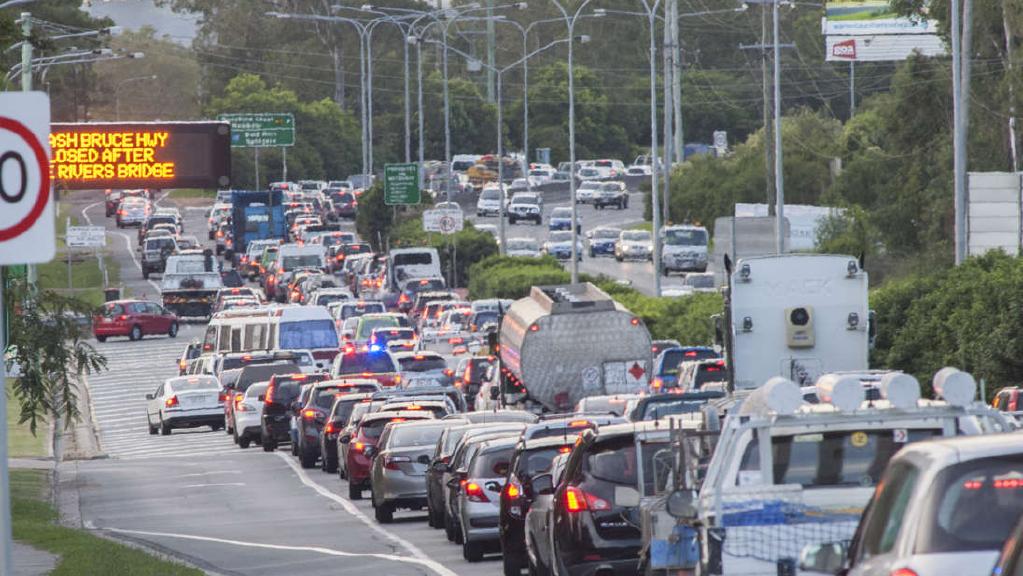 Transport and Main Roads (TMR) are advising people to be aware that the roads and highways will have higher then normal volume of vehicles during the mornings from the Sunshine Coast, Caboolture  and Northern Suburbs to Brisbane and vise vera from Brisbane during the evenings.

This is due to the 6 day closure of rail links between Zillmere and Caboolture so that final testing of signalling can be performed before the opening of the new Redcliffe Peninsula Rail line on October 4.

While there are few alternatives to these two main arterial roads that link Caboolture and further north to Brisbane city and this will be especially evident during the peak active hours of the day and will be noticed in both directions.

As final preparations and important signal testing must be completed before the new line opens.  A track closure is required between Zillmere and Caboolture stations from 9pm on Friday 16 September until 2am on Friday 23 September. Work will be carried out over four working days, when passenger numbers are at their highest, and one weekend.
Translink will have both station to station and express busses ferrying people to their destinations free of charge on the bus part of the journey and there after you do need to use your Go-Card
Translink have advised that travelers should allow an extra 90 minutes travel time on weekdays and an extra 60 minutes over the weekend and recommends you travel to the same station you normally would, to prevent overcrowding at park 'n' ride stations and also being caught in traffic.
Train services will return to normal from the first service on Friday 23 September (weather and operational conditions permitting). For more information or to find your station’s rail replacement bus stop locations visit translink.com.au or call 13 12 30.

One day prior to the opening of the line on October 4 Translink has conformed a special rail service will operate one day before the official opening on October 4.

The new Redcliffe Rail Line which will open October 4 heralding a new era in public transport for the region ever since  it was first proposed way back in 1895.

It is understood that Translink will allocate 230 seats reserved for VIPs and people aged 100 years or more.

The scramble to be among the first to have the chance to enter a ballot for 230 seats on the first train to hit the tracks a day prior to the official opening during a special promotion run on the new line.

Translink also confirmed there will a website http://www.tmr.qld.gov.au/moretonbayrail  for this new rail line describing its history timeline and whats new.

Registrations for the community open day will open at 9am on Monday 12 September 2016. A free train shuttle service between Kippa-Ring and Petrie will be operating from 10am until 3pm.

A summary of the line:

14km of double track rail from Lawnton to Kippa-Ring

22 bridge structures to provide grade separation of road and rail, including over the Bruce Highway

3m wide concrete shared path for cyclists and pedestrians along the entire length of the corridor.