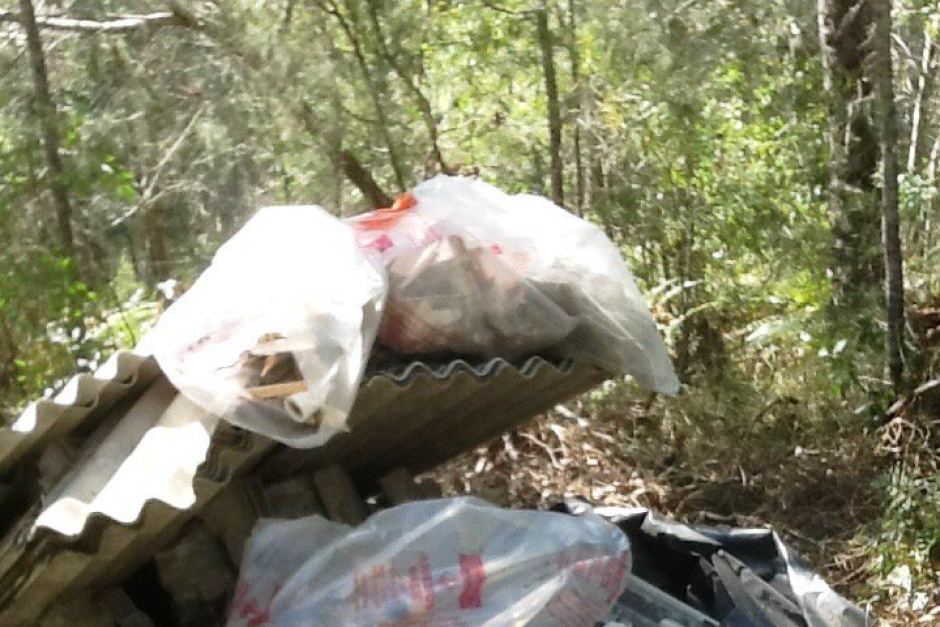 More than three tonnes of asbestos roof sheeting has been illegally dumped near a creek in Noosaville, north of Brisbane.

The Noosa Shire Council believed the toxic material was most likely dumped, near Eenie Creek Bridge, in the past three days.

It is calling for witnesses to come forward who saw anything suspicious near the bridge between Eenie Creek Road and Walter Hay Drive.

Councillor Joe Jurisevic said the asbestos could have put the public at risk if disturbed.

"There was some protective clothing dumped with the roofing material showing that the offenders obviously took steps to protect themselves and were aware of the health implications of dealing with the asbestos," he said.

"It's a shame they have not shown the same level of regard for the safety of other residents or the environment.

"Fortunately the location, and the fact that the dumping was quickly reported and cordoned off by our officers, alleviated any immediate risk," he said.

"But this is still a very serious offence."

The council will be examining any evidence left at the scene and working with Workplace Health and Safety Queensland to identify the offender.

Those found guilty of dumping the asbestos could be fined more than $120,000.

The area has been secured, with the council's clean-up and removal bill estimated to cost $15,000.