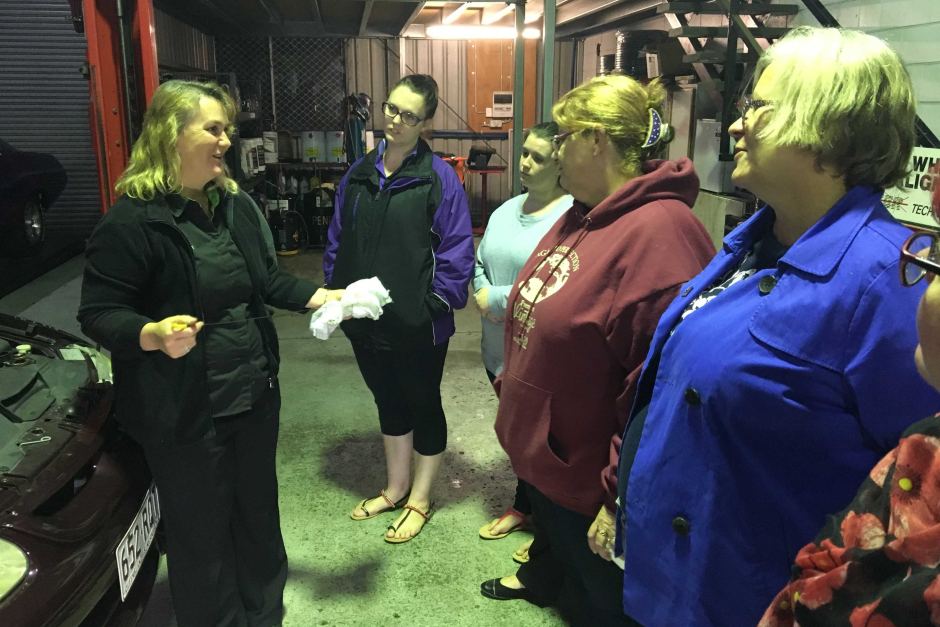 Women in south-east Queensland are lining up to learn how to change a flat tyre and what steps to take in a road emergency as part of a series of community workshops run by police.

The Under the Bonnet seminars are being held in Ipswich to help raise women's personal and road safety awareness.

The classes are run by the Ipswich District Crime Prevention unit alongside local mechanics and car dealerships who teach basic skills such as how to check car batteries and oil.

Driver Dimity Phillips said the instinct for many women who get stuck on the road is to contact a partner or family member for help.

"Sometimes the signal does go out and you can't get in contact with anyone.

"I'm new to the area so basically I rely on my GPS on my phone and if I'm stuck, well what do I do?"

Senior Constable Kerrin Sheedy said many single mothers and elderly women take part in the workshops because they did not have someone to rely on in times of need.

"I think particularly a lot of women would find this empowering," she said.

"They will walk away a little bit more confident because they've been given the opportunity to learn something that majority is a man's job."

"There's every opportunity that you can break down at night time and it's not a very nice feeling to be sitting out there on a dark road and know that you can't do anything to solve the problem," she said.

"You find a lot of men seem to know a little bit more about it than women but women drive the car just as much as what men do so it's always good to know how to deal with it."