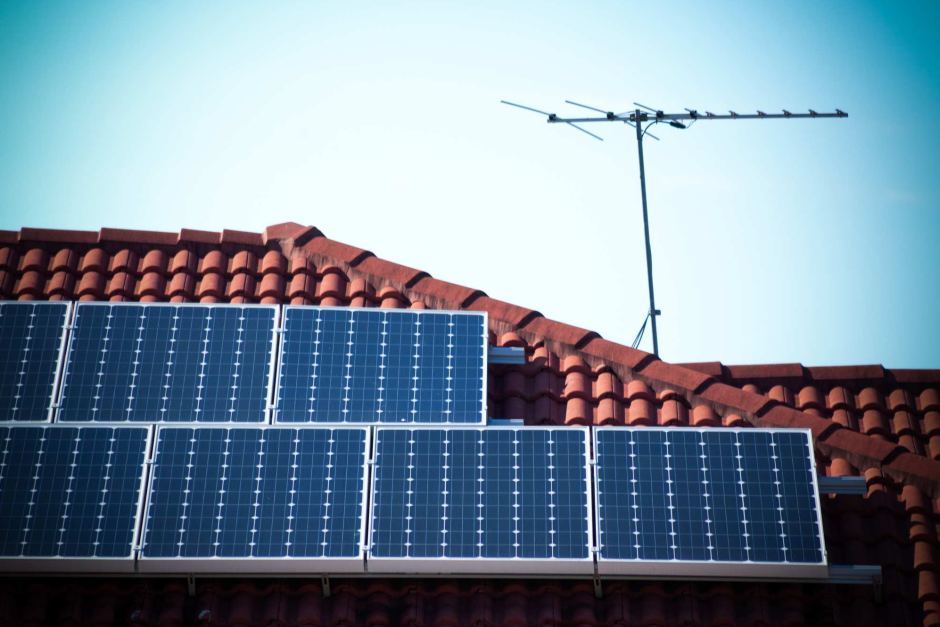 Solar cell technology: How it works and the future of sunshine

One in seven homes in Australia has solar panels on their roof — more than anywhere else in the world. So what is going on in all those shiny rooftop structures?

The first solar cell was made in 1839 by 19-year-old Edmond Becquerel, who noticed electricity was generated by a piece of silver chloride when it was illuminated with light.

It was less than 1 per cent efficient, but we have come a long way since then.

The first 20 per cent silicon solar cell was made in Australia 30 years ago by Andrew Blakers and Martin Green at a time when solar energy was largely a fringe technology for hippies and space agencies.

The research findings from the lab back then are now being implemented in solar-panel manufacturing plants all around the world.

What is a solar cell?

A solar cell is a device that converts sunlight into electricity.

The most common type of solar cells are made from wafers of ultra-pure silicon and boron that have been infused with phosphorus in a hot furnace, coated with an antireflection coating, and then fired with metal contacts.

They are typically about the size of a birthday card, but less than half a millimetre thick.

How do solar cells work?

At the heart of a solar cell is a tiny electric field that splits negative charges from positive charges using the energy of sunlight.

In a silicon wafer solar cell, the electric field is set up with the help of small amounts of other atoms. On one side of the wafer are some boron atoms (with one less electron than silicon) and on the other side are phosphorus atoms (with one more electron). Together they create what is called a positive-negative (p-n) junction. Opposites usually attract, but the p-n junction forms the electric field that is able to drive positive and negative charges apart.

When sunlight is absorbed by the solar cell an electron is knocked free inside the silicon and pushed across the wafer due to the electric field. It can then be collected by metal contacts to become usable electricity.

It is an incredible invention — the only way we make electricity on Earth at scale, without any moving parts.

Solar cells are the only way we make electricity on Earth at scale, without any moving parts. (Dr Niraj Lal)

Alongside their price, what we often care about is their efficiency — the amount of electrical-energy-out divided by sunlight-energy-in.

The ones on rooftops today are around 20 per cent efficient.

When sunlight shines on a solar panel, the DC electricity that it produces is transported by conducting wires into an inverter, which transforms the electricity into the 240V AC supply that we use to power our telly and fridge.

Are panels getting more efficient?

The efficiency records for solar cells are continually increasing.

Researchers have achieved 39 per cent efficiency for normal sunlight and an impressive 46 per cent for concentrated light the equivalent of 300 suns (when we focus sunlight from a larger area with a bunch of mirrors) in the lab, but these cells are smaller than a CD, designed for space, and made with very expensive materials.

The improvements are thanks to the use of new material combinations, advanced anti-reflection coatings, clever semiconductor processing that avoid electrical losses, and a hundred other smart engineering ideas.

The world's mass-producers of solar cells are continually incorporating these advances into their own solar cells, meaning that the panels on rooftops are steadily getting more efficient too.

The techniques that made the world's first 20 per cent silicon solar panels 30 years ago are just now being translated into the production lines of the world's largest solar panel manufacturers.

Thirty years from now, we should be able to expect the same from research advances happening in the lab today.

What will solar cells look like in 20 years' time?

In 20 years' time the solar panels on your roof will probably look the same as now with their aluminium frame and glass front, but they will likely be a whole lot cheaper and at least half again as efficient thanks to smart engineering.

A range of new technologies being researched now in labs across Australia and the world may overcome the efficiency limits of silicon-only solar cells.

One of the exciting developments in the field is a new semiconductor called "methyl ammonium lead iodide perovskite".

Solar cells made out of this cheap and easy to produce material have already achieved 20 per cent efficiency in the lab — matching the efficiency of today's silicon cells.

In the future, perovskites may either replace silicon solar cells or be used as a companion material to help them move beyond 26 per cent efficiency — the upper limit of silicon-only cells.

The research team I am part of at Monash University and CSIRO is experimenting using perovskites as the top layer in double-decker "tandem" solar cells that absorb different colours of sunlight in each layer.

Newer types of solar cells with layer of perskovite may boost the efficiency of silicon solar cells. (Dr Niraj Lal)

Other ideas being pursued around Australia and the world include reflected-tandems (double-decker solar cells placed side by side), quantum-dot solar cells (using tiny nanocrystals as the energy absorber material), up-conversion of light (converting two low-energy photons, that would otherwise be wasted, to make one high-energy photon) and hot-carrier cells (collecting charge from solar cells before they have the chance to lose any voltage).

It is not too hard to imagine a future with thin, efficient, lightweight and flexible solar cells on mobile phone cases, laptop bags, backpacks, suitcases, hats, tents, you name it…

How 'green' are solar cells?

It takes about two to five years for a solar panel to "pay back" the energy that went into making them (depending on how sunny it is where you live). This includes the energy needed to mine the silicon and process it into a solar cell, and also make the aluminium frame and glass in the panel module housing.

Solar panels usually come with a guarantee of 80 per cent output for 25 years (and there is no reason why they should not last longer), which means energy-wise solar panels are a good thing, by a factor of at least four.

Silicon is the second most abundant element in the Earth's crust (second to oxygen in the silicon dioxide that makes up sand and quartz), so there will not be any material shortages in the foreseeable future.

Solar panel recycling stations are starting to be set up all over the world — like aluminium recycling, silicon is an excellent candidate for cradle-to-grave-to-cradle material management.

And sunshine itself is the most sustainable resource we have — the sun should be around for a few more billion years at least.