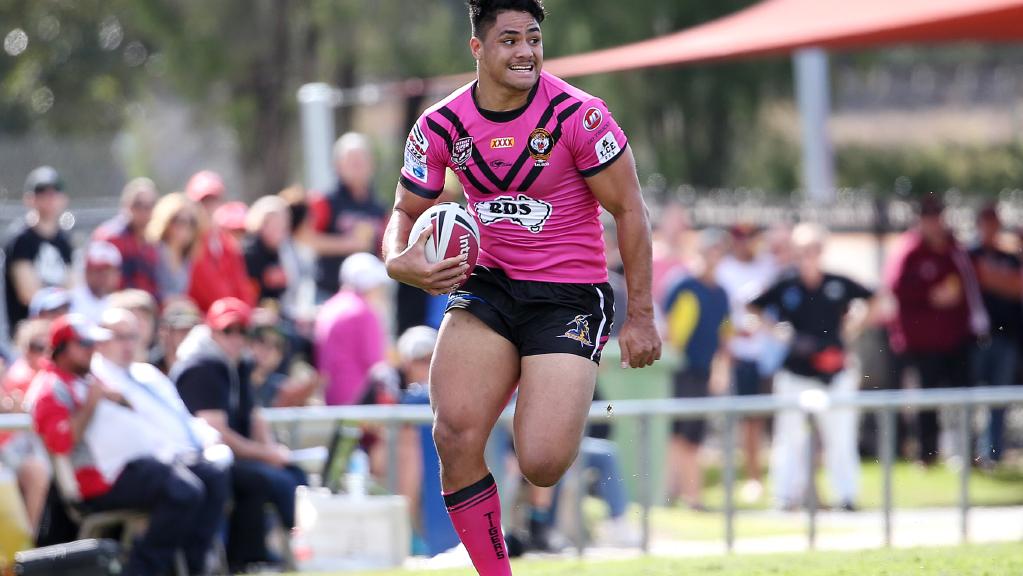 THE minor premiership is there for the taking for the Redcliffe Dolphins as Adam Mogg’s side jumped into top spot following Round 22 of the Intrust Super Cup.

Redcliffe moved ahead of Burleigh, who lost to the Hunters in Papua New Guinea, after an impressive away win over the Easts Tigers yesterday.

Wynnum Manly’s chances of playing finals are all but over after another loss to one of the bottom sides in the competition while the Souths Logan Magpies edged closer to the top six.

AN 18-10 second half to the Souths Logan Magpies powered them to a 24-22 win over the CQ Capras on Saturday, keeping them within striking distance of the Sunshine Coast Falcons in the race for finals.

The Magpies were overtaken by the Falcons during a disappointing loss to Sunshine Coast last week and had to overcome the loss of inspirational skipper Phil Dennis prior to kick off due to injury.

The 32-year-old was due to play his 200th game for the club but was ruled out after failing to finish the captain’s run on Thursday night and will look to reach the milestone against Mackay on August 21 as the Magpies have the bye next week.

Souths Logan were in danger of slipping further behind the Falcons as they trailed the Capras 12-6 at half time, with Nikau Taukiri Te Rupe scoring the Magpies’ only try of the first half in the third minute.

However, it took only one minute into the second stanza for Marion Seve to cross the try line and start a 12-0 run as Cameron Booth and Derek Stowers also found the try line to push Souths Logan to an 18-12 lead.

Gavin Hiscox crossed in the 64th minute to bring the Capras level before Josh Hannay’s side found the decisive four-pointer when Jack Walters scored in the 70th minute.

Ben Jackson stepped up to knock over the conversion — just the second of five tries that was converted — to put the Magpies six points ahead.

The home side had a chance to level the scores on the siren as Reece Baker found the line in the 79th minute, but the conversion attempt was unsuccessful.

The win left Souths Logan in seventh on 24 points, one behind the sixth-placed Sunshine Coast Falcons for the sixth and last finals berth with three rounds of the regular season remaining.

Former Devil Daniel Ogden narrowed the gap to six points with a converted try just after the break, but it was game over when Kennedy Pettybourne (47th minute), Michael Lucas (51st minute) and Todd Murphy (61st minute) all found the line to give Norths an unassailable 38-12 lead heading into the final 15 minutes.

Late tries from Wallace, Matt Seamark and Pat Templeman added respectability to the scoreline for Wynnum Manly, but they have been left to rue a missed opportunity to join Souths Logan on 24 competitions points.

The Seagulls will face Easts in a must-win clash at Kougari Oval on Sunday, while 11th-placed Norths will host cellar dweller Mackay on Saturday.