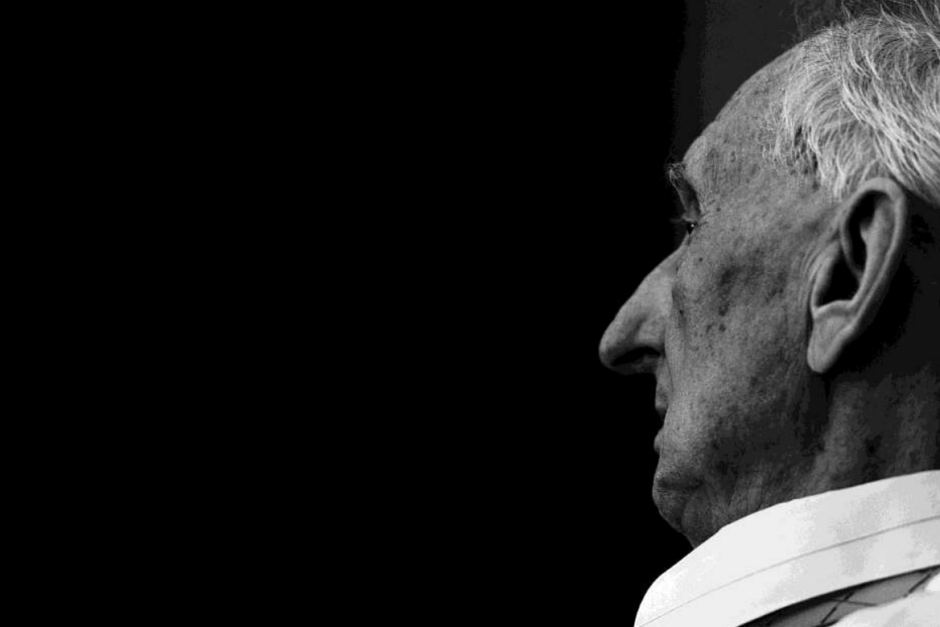 Meet Alexander Prokhorov: the Australian-born co-inventor of the laser and Nobel Prize winner you have probably never heard of.

But that could be all about to change as top scientists and former federal science minister Barry Jones push to have him more widely recognised in Australia.

His discovery has helped transform almost everything we rely upon: from surgery to the internet.

While he is a celebrated scientific hero in Russia, his formative years were actually spent in far north Queensland.

In the year of what would have been his 100th birthday, Australian scientists want us to know all about him, celebrate him and even recognise him with a stamp in his honour.

The Prokhorov's returned to Russia in 1923 after the Russian Revolution. (Supplied: Elena Govor)

Professor Prokhorov's family fled to Australia as refugees from Tsarist Russia in 1912, eventually settling in what was known as "little Siberia" — a Russian colony in the Atherton Tablelands.

On July 11, 1916, Alexander Prokhorov was born in Butcher's Creek, where he spent the first six years of his life.

At the tiny local school, the few records available show he had a very rural upbringing and "was a talented little kid", according to Australian National University physicist Hans-Albert Brochor.

His grandson, also named Alexander, told the ABC his grandfather told him about the "very nice butterflies, jungles... and warm climate".

"He got lost in the jungles once and all the village had to look for him," grandson Alex said.

Fond memories of a 'magical' upbringing

Former science minister (1983-1990) Barry Jones, who visited Professor Prokhorov on a trip to Russia, said the scientist had a very fond memory of Australia.

"He had a very vivid and very affectionate view of Australia and the openness and the colours and the trees and the magical environment he lived in," Dr Jones said.

Professor Prokhorov's family returned to Russia in 1923 after the Russian Revolution, where he finished his high school studies and went on to study radio waves.

After serving with the Russian army in World War II and being wounded twice he returned to study physics at the Soviet Union's Institute of Atomic Energy where he developed the technologies that made the laser possible.

He became a member of the Communist Party in 1950 and according to Professor Bachor, Professor Prokhorov was actually trying to develop a "death ray" while at the institute.

Prokhorov was honoured for his work on trying to develop a death ray. (Supplied: Alexander Prokhorov)

In 1964, the Nobel Prize was jointly awarded to Professor Prokhorov, his Russian colleague Nikolay Basov and also American Charles Townes — who was independently working on the same research.

"Albert Einstein in Germany published papers that [proposed] a way to amplify light in a machine... but for 40 years nobody could build such a machine," Professor Bachor said.

"[Professor Prokhorov] was one of these people who had the right idea and that was basically to put your amplifier between two mirrors and bounce the light forwards and backwards many times so it got stronger every time it went through the amplifier."

Professor Bachor said the research was part of a wider military project during the Cold War.

"Both countries were trying everything ... lasers at the time were thought of as death rays as you see them in Star Wars," he said.

"The death rays were the initial program and then people came up very rapidly with all sorts of ideas of what you could do — so you could cut a hole and cutting a hole is very useful for cutting metal, or welding a car or for surgery."

Lasers enabled the creation of a whole range of devices — from DVD players, barcode scanners, 3D printers and even optical fibre cables (the ones that provide superfast internet).

Professor Prokhorov died in 2002 from pneumonia.

In an interview with Professor Prokhorov obtained by Russian historian Elena Govor, he pondered whether he would have won a Nobel Prize if he had been born in a different place.

"This question cannot be answered unequivocally — however, being born in Australia to some extent predetermined by the fact that I won the Nobel Prize," he said according to a translation of the interview.

"If I'd been born in a different place, my whole life would be different.

"When I met with scientists from Australia at international conferences, they are warmly welcomed me, and we have a mutual sympathy and warm feelings of friendship."

The warmth did not extend to Australian authorities — intelligence records show they were monitoring his father Michael's letters while they lived in Australia.

One of the friends Michael Prokhorov wrote to, Alexander Zuzenko, was a radical who published a Russian newspaper called Knowledge and Unity in Brisbane, according to Dr Gorov.

Mr Zuzenko was later deported back to Russia.

Dr Gorov discovered some of the intelligence reports buried in the National Library of Australia.

In one letter, authorities observe a Russian library has been re-established in South Brisbane, "which may possibly form a sort of club room where the malcontents can discuss their propaganda".

"It is noticeable that rarely is a Russian letter scrutinised in which the revolutionary spirit is not aggressively displayed," censor's notes from another letter show.

"The conclusion to be arrived at is that if there are law abiding Russians in Australia they don't write letters."

The intelligence reports were buried in the National Library of Australia. (Supplied: Elena Gorov)

'Put him on a stamp': Jones

Dr Jones worked to have Professor Prokhorov's Australian-connection acknowledged, ensuring a permanent reminder of his work at CSIRO's labs in Atherton in 1987s.

"We decided to commemorate him by putting a commemorative plaque which was inserted on a rock and I went up with CSIRO and various other scientific luminaries and we unveiled... up there at Atherton up in the glorious northern rainforest," he told the ABC.

"We could put him on a stamp maybe."

In 1996 the University of New South Wales made him an honorary professor — and his grandson would like to see a scholarship or conference named in his honour.

In the meantime, a group of physicists including Professor Bachor are putting on a show to educate school children about Professor Prokhorov's work and the history of lasers which they are putting on for National Science Week (13-21 August).

"We have a very interactive show we basically tell the story but in a way that the kids are familiar with we burst balloons, we show them some tricks with lasers — we have a very entertaining show but in the background they are going to learn a bit about the physics what is a laser how does it work," Professor Bachor said.