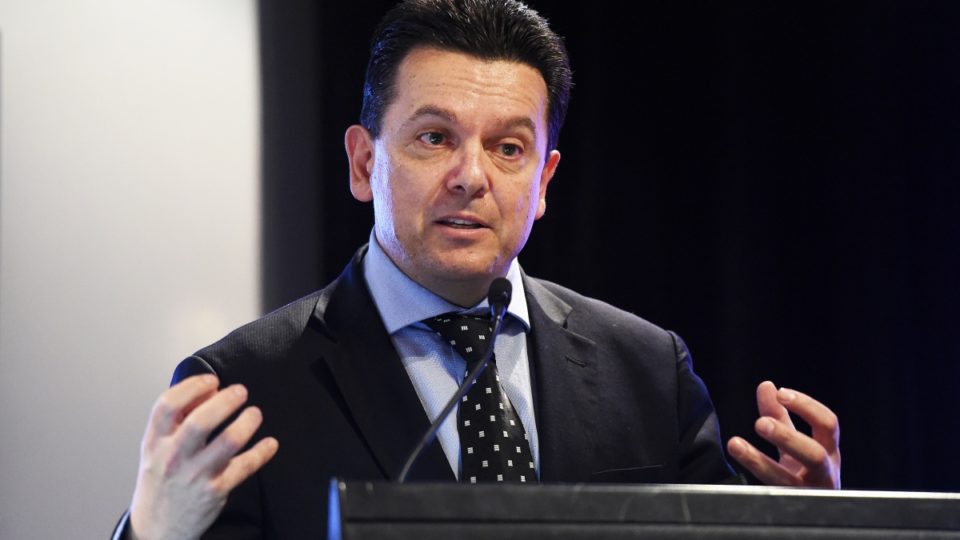 Politics, not old labels, the key to the new Senate

One of the wiliest politicians in the parliament, Senator Nick Xenophon had a simple message for the Treasurer and his government on the day the writs for the election were returned.

“Look, I like Scott Morrison but I don’t need to be publicly lectured by him.”

Mr Xenophon is now the leader of a bloc of four votes in the parliament, one in the House of Representatives and three in the Senate.

In this knife-edge parliament that potentially is the difference between success and failure for Malcolm Turnbull’s agenda, the Xenophon “back off” warning states what the reality is.

The government can present its election plan, but it has to compete with the policies of everyone else who managed to get elected.

Already we are seeing that the Prime Minister and his Treasurer have learned a valuable lesson from the Abbott government after its landslide win.

The “my way or the highway” approach simply doesn’t work. Both men have spent hours already politely discussing the state of play with the minor parties and independents.

Pauline Hanson was pleasantly surprised that Mr Turnbull did most of the listening.

She came away chuffed that although he didn’t want her in the Parliament, he accepted she was legitimately there.

But the Prime Minister shouldn’t make the mistake that this positive response will translate into support for what he wants to do.

Hanson, like every one of the 11 crossbench senators, is there to be noticed.

You don’t get noticed if you are a ‘docile poodle’ of the government.

Success comes when you are seen standing up against the establishment in favour of the little people.

The Treasurer’s demand that Labor, the Greens and everyone not in the government has a responsibility to repair the budget his way is simply laughable.

Labor has billions of dollars’ worth of “better ways” of doing it. Think negative gearing changes and less generous capital gains tax concessions.

And one of the most successful “look at me” independents, Jacqui Lambie, took Mr Turnbull’s breath away when she came up with a $20 billion plan to help repair the budget.

It’s called a Financial Transactions Tax and targets the six high-frequency share trading companies’ trades. Penalising them for their use of high-powered computerisation giving them an “unfair” technical advantage.

Then there is the ‘miffed factor’.

Both Senator Bob Day and Senator David Leyonhjelm are back despite their view Mr Turnbull targeted them for permanent removal.

But Mr Leyonhjelm’s attitude has soured for another reason. He says the government can’t be trusted.

He accuses it of reneging on a written undertaking to allow the importation of Adler lever action shotguns.

He says he was prepared to hold his nose and vote for them, but not anymore. He will no longer give the Coalition the benefit of the doubt.

Mr Leyonhjelm will not cop the reverse onus of proof or the denial of the right to silence in the legislation.

When Labor and the Greens say no, the government needs nine of the 11 crossbenchers to say yes. It can’t count on the old label of left or right to be a guide on how their numbers will fall.