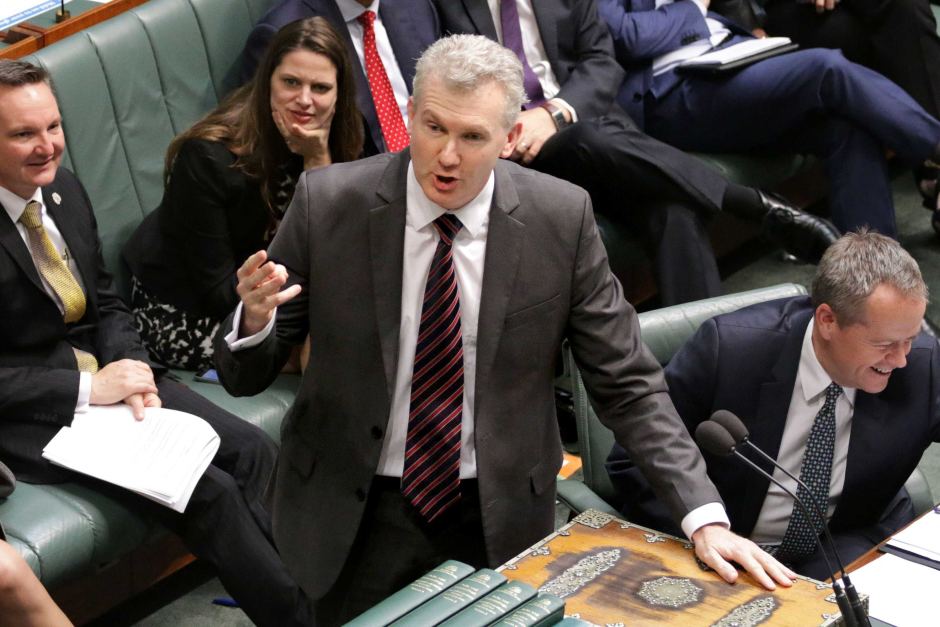 'No pairs': Opposition to play hard ball against Turnbull Government in new Parliament

The Federal Opposition has rejected a request from the Turnbull Government to allow 'pairing' of votes in the new Parliament, adding an extra degree of difficulty for the Government with a one-seat majority.

Pairing would see a Labor MP abstain from a vote in the House of Representatives, when a Government MP cannot attend for a vote.

Mr Burke said Labor would test the Government's one-seat majority every time an MP was away.

"Malcolm Turnbull has told his own party room and told the Australian public he believes his government has a working majority in its own right," he said.

"He's said they've got a working majority, he's said this is not a problem, and so we'll hold him to his word."

Mr Pyne has called on Opposition Leader Bill Shorten to intervene, telling the ABC politicians should be able to have time off for illness if needed.

"In the situation where a member of parliament is ill or in hospital or has a family emergency, pairs have always been granted," he said.

"Labor is either acting out of a breathtaking ignorance or a malicious and mendacious approach to the Parliament."

Mr Pyne called the move unprecedented, but Tony Abbott did back out of a deal to pair the Speaker's vote when Opposition Leader during the hung Gillard Government.

The following year, in 2011, the Coalition had threatened not to grant a pair for then Labor backbencher Craig Thomson, whose wife was due to give birth during the debate on carbon pricing legislation.

The pair was later granted.

A similar back and forth occurred two years later when then Labor backbencher Michelle Rowland's request for a pair so she could be with her sick child was refused.

It was later granted, though then Opposition chief whip Warren Entsch labelled the request "a stunt".

Mr Burke said the only time a pairing arrangement had been in place was for the hung parliament under former Labor prime minister Julia Gillard.

He said it was not normal practise for a majority government.

"The House of Representatives normally doesn't have pairs, with the exception of a hung parliament," he said.

"That's the only time that's happened."

Mr Burke confirmed the Government would have to go without the vote of Foreign Minister Julie Bishop or Trade Minister Steve Ciobo even if they were required to be overseas for an important international meeting.

"If the Government is not as stable as the Prime Minister has claimed then he needs to fess up to the Australian people, not try to do some side deal with us," he said.

The new Parliament will sit for the first time in a fortnight, on August 30.