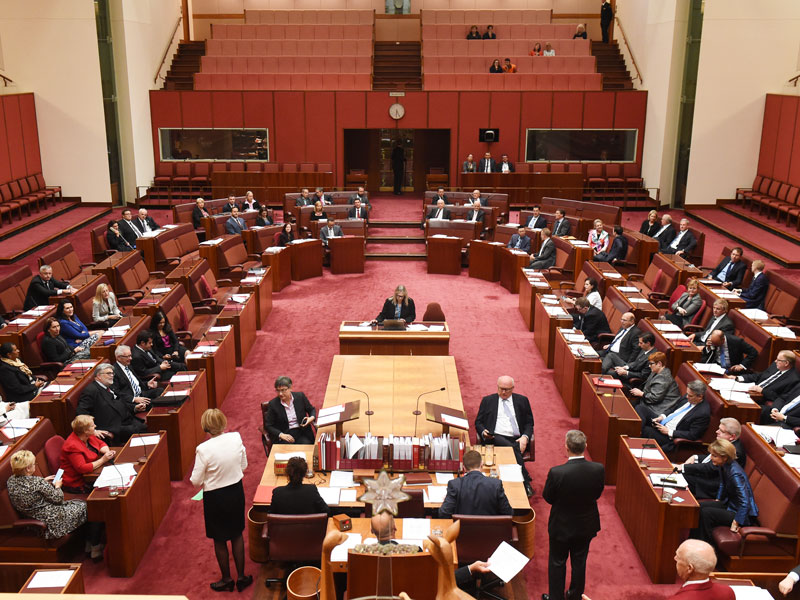 New Federal senate to have 11 on crossbench

The next parliament will have 11 senators on the new crossbench after the final election results were revealed.

The Coalition has won 30 seats, Labor 26 and the Greens nine.

Pauline Hanson's One Nation has won four of the remaining spots and the Nick Xenophon team has won three.

The results come as the final declarations for NSW and Queensland confirmed one Green in each state, with Lee Rhiannon and Larissa Waters both returning to parliament.

Bill Shorten says One Nation's success at the federal election was a direct result of a deal between Malcolm Turnbull and the Greens.

The opposition leader said changes to the Senate voting system and the lower quota that applied at a double-dissolution election led to Pauline Hanson's party winning four seats.

'The presence in such numbers of One Nation in the Senate is a direct result of Mr Turnbull and (Greens leader) Mr Di Natale's action in terms of their so-called electoral reform,' Mr Shorten told reporters in Sydney.