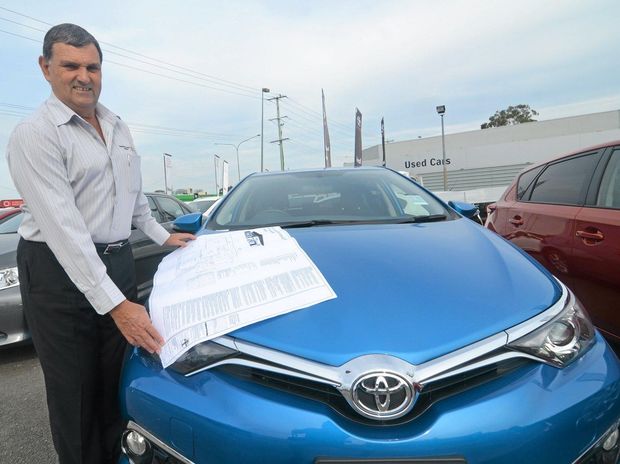 As a former competitive motocross rider Mr Jonkers has witnessed LifeFlight airlift many seriously injured motorbike riders and is a great supporter of the life-saving service.

Mr Jonkers presented LifeFlight Community Engagement Coordinator Jodi Durkin with a donation of $20,000 raised with the help of the local community.

Mrs Wheeler lost her leg in a serious crash two years ago when the motorbike she was riding careered off a hill near Maleny. She credits LifeFlight with saving her life.

In the 2015-2016 financial year, RACQ LifeFlight Rescue helicopters completed 1864 missions, including airlifting 107 patients who were involved in serious motorbike and quad bike accidents.

Additionally, the RACQ LifeFlight Rescue helicopters airlifted 24 patients from hospital who had been involved in serious off-road and on-road motorbike accidents.

Since 1981, LifeFlight has been a vital lifesaving part of Queensland and over the 35 years the organisation has flown 44,000 critical rescue missions.

The not-for-profit service has provided a lifeline of emergency care for people when the challenge of distance across this vast state comes between them and first class emergency medical treatment.  Read more at www.lifeflight.org.au