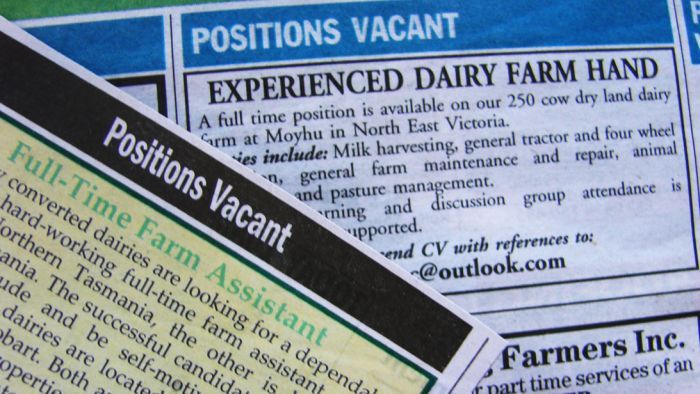 Job advertisements have fallen a sharp 0.8 per cent in July, according to the latest figures from ANZ Bank.

It is the first decline since April, and ANZ said the fall may reflect heightened uncertainty temporarily delaying the hiring plans of some employers.

Internet job ads, which are the main driver of total job ads, fell by 0.7 per cent in the month. Newspaper ads, which are more volatile and on a structural downward trend fell further in July, down 12.6 per cent month on month, and slumped 41.7 per cent since last year.

"The labour market has lost some momentum so far in 2016, with slower average growth in both employment and job ads seeing the unemployment rate stabilise around 5.75 per cent after declining in the second half of last year from a peak of 6.3 per cent," ANZ's head of Australian economics Felicity Emmett said.

Annual growth in job ads slowed to 6.9 per cent from 8 per cent in the previous month.

"Given that ads fell sharply in early July, we think this decline may partly reflect the impact of increased uncertainty following the close federal election on July 2 and the shock decision by the UK to leave the European Union on June 24," Ms Emmett said.

But, the bank said that impact was short-lived as job advertisements continued to pick up over the course of July, and it anticipates a gradual improvement in hiring intentions over the remainder of 2016 as surveyed business conditions remain upbeat and after the Reserve Bank cut rates in August.