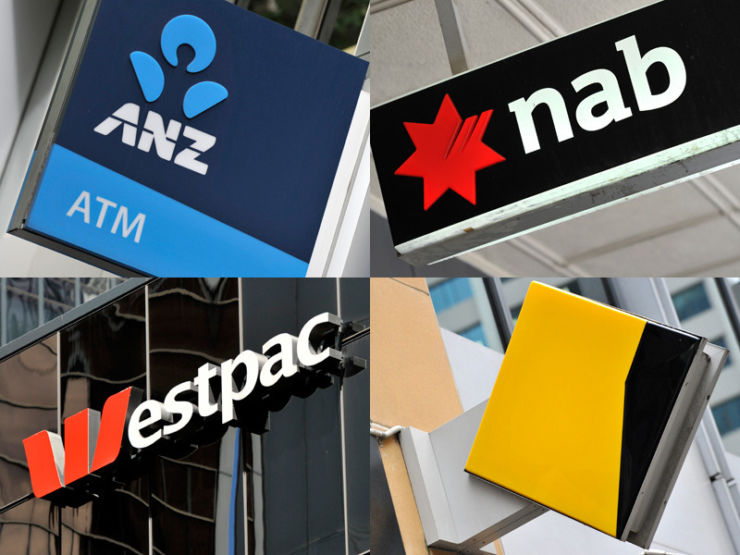 Interest rates: Why the banks are lifting term deposits instead of cutting home loans more

While the Reserve Bank did as expected by cutting interest rates, the big four banks caught most people off guard by actually lifting some key deposit rates.

The rise in deposit rates will be funded by the big four failing to pass on the Reserve Bank's 25-basis-point rate cut in full.

The biggest major bank reduction was Westpac's 14-basis-point cut for some of its home loan customers, while NAB passed on just 10 basis points across its mortgage book.

CBA now has the lowest standard variable rate of the big four at 5.22 per cent, and it started the trend of not passing on the full rate cut to borrowers, but giving depositors a sizeable boost, making its announcement within minutes of the RBA.

That means it was clearly a pre-planned move if the RBA did cut as expected.

"The calculations will have been worked well in advance - this announcement was made within minutes of the rate cut - and they'll have managed the margins effectively and know where they sit with it," said CANSTAR's Stephen Mickenbecker, who analysis bank interest rates.

So, even though CBA's one, two and three-year term deposit rates are rising by at least half-a-percentage point, while it is only skimping on the mortgage rate cut by 12 basis points, analysts say the bank is likely to come out ahead.

That is because term deposits are a fraction of the business compared with home loans.

Across the nine biggest banks, CANSTAR figures show that term deposits are equal to just 16 per cent of outstanding home loans.

With the rate rises only applying to new term deposits, but the failure to pass on the rate cut in full applying to all variable rate mortgages, the bank is likely to see higher margins on a much larger sum than where it is giving ground.

But why not just pass on a bit more to borrowers and keep screwing your long-suffering depositors?

There are a few theories.

One held by Mr Mickenbecker is that the big banks are trying to pressure their smaller rivals in the deposit market, on which the small institutions are far more reliant.

"It's sort of the empire strikes back, in a way," he said.

"It's putting the CommBank in a position where they can compete on deposits."

Another reason for the term deposit moves is that the one, two and three-year terms neatly match high market demand for fixed-rate home loans of those durations.

"There's a bit of a battleground at the moment in home lending with two and three-year fixed rates, so it really suits the setting of the book at the moment," added Mr Mickenbecker.

"The opportunity is to lock in some reasonable margins across the balance sheet so that banks can effectively hedge against some of the future movements going forward, that's why they're doing it," he said.

Mr North also believes that there may be an element of hedging by the big four banks against the possibility of financial turmoil overseas that could freeze the wholesale markets they rely on heavily to raise money.

"There's no doubt that the agenda has been to isolate the banks here from some of the international pressures, because the fact is we don't know what's going to happen," he explained.

"There's so much risk in the equation looking at where things are internationally, that essentially the banks will want to try and protect themselves by using deposits."

One of those risks is the level of bad debts in the Italian banking sector, which means many of the eurozone nation's banks will either require some kind of bailout or face collapse.

Its shares have lost around 85 per cent of their value over the past year.

Worse still, some of Europe's largest banks have significant exposure to these and other potentially bad debts.

Concerns around Deutsche Bank have been exercising the minds of investors and policymakers for some time, and its shares have also fallen to around a third of what they were worth a year ago.

Deutsche Bank's share price is only around a third of what it was a year ago. (Bloomberg)

So a move to more domestic deposits is probably wise, given that global financial markets have demonstrated previously just how quickly they can freeze.

On the other side of the ledger, Martin North said there are domestic factors that have pushed the big banks to upping their mortgage profit margins.

"That bad debt ratio is probably going to go up slightly, so essentially this is a strategy to maintain current levels of dividend payouts for as long as possible."

While it may be no comfort to borrowers who feel dudded by missing out on part of the latest RBA rate cut, Mr Mickenberger said the Reserve Bank may be quietly relieved that the big banks did not pass it all on.

"Home borrowers have never had it as good, and I'm not sure that the stimulus is as necessary at the moment as when rates are higher," said Mr Mickenberger.

"I suspect that maybe its almost the best of all worlds.