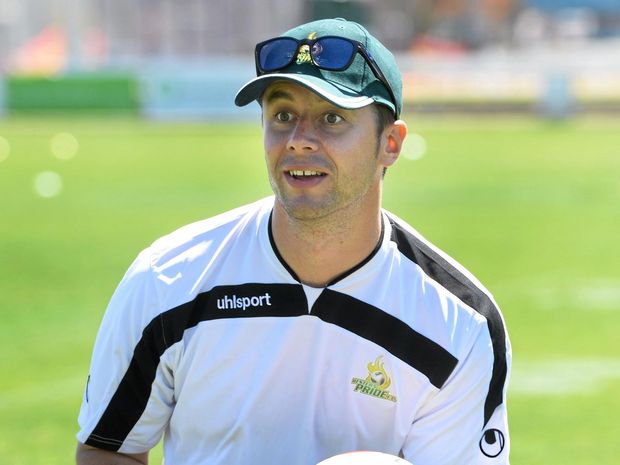 Hot issue: 'Developing players, not results, is most important'

Given a choice to win a Queensland championship or see his footballers advance, Graham Harvey kicks home his single-minded focus.

"We want to develop players to get into higher level football,'' the Western Pride head coach said.

With three matches left in this year's National Premier Leagues state competition, Pride are stuck near the bottom of the ladder having just three wins and six draws.

However, Harvey is quick to highlight why he was recruited to Pride and where he gains most satisfaction as a coach.

"When you're trying to do things playing the kids, there's no point trying to win the NPL trophy that costs $30 and you have got to spend 100 grand to do it,'' Harvey said.

"We're aware that we're always going to be in this situation that we are going to lose players throughout the year, particularly around the June/July time (when clubs start recruiting for next season).

"Player turnover is just something that we have to deal with. That's part of the challenge and probably a tick in our box if we are losing players to higher football.''

Although Pride haven't won a game since beating SWQ Thunder in May, they have continued developing a promising production line of talent.

Another Pride recruit Bonventure Thomas-Remijo has also been training with the Roar Youth side in recent weeks.

Those positive player development steps were taken as Pride duo Joel Haack and Cory Leggett began training with a Welsh-based professional side in the English National League. Haack and Leggett are also playing for Welsh second division side Buckley Town.

For Harvey, it's seeing teenage players from the western corridor region build their football careers that's most important.

"What's the purpose of the NPL?'' Harvey asked.

"The NPL was formed for youth development.

"The league was brought in to give Australian players an opportunity to progress in the game and to benefit the Socceroos.

"I'd rather get Hayden Mchenery to where he is now as a young professional footballer than where we finish in league.''

"It just goes to show there are players in the NPL that, given an opportunity to play in the A-League, can get up to that standard,'' Harvey said.

"It's great for NPL in Queensland because they underestimate what we do here.

"It's a good showcase and hopefully gives people down south some food for thought in terms of what's going on up here.''

Preparing for Saturday night's latest home match against Moreton Bay, Pride will be without versatile captain Jesse Rigby. He is serving a one-match suspension for five yellow cards.

However, goalkeeper Bon Scott will guard the net in his second game this season having gained valuable experience with the Newcastle Jets Youth side and training with Crystal Palace and Watford.

In line with his relentless development focus, Harvey supports players like Scott pursuing higher level opportunities and returning to Pride when they can.