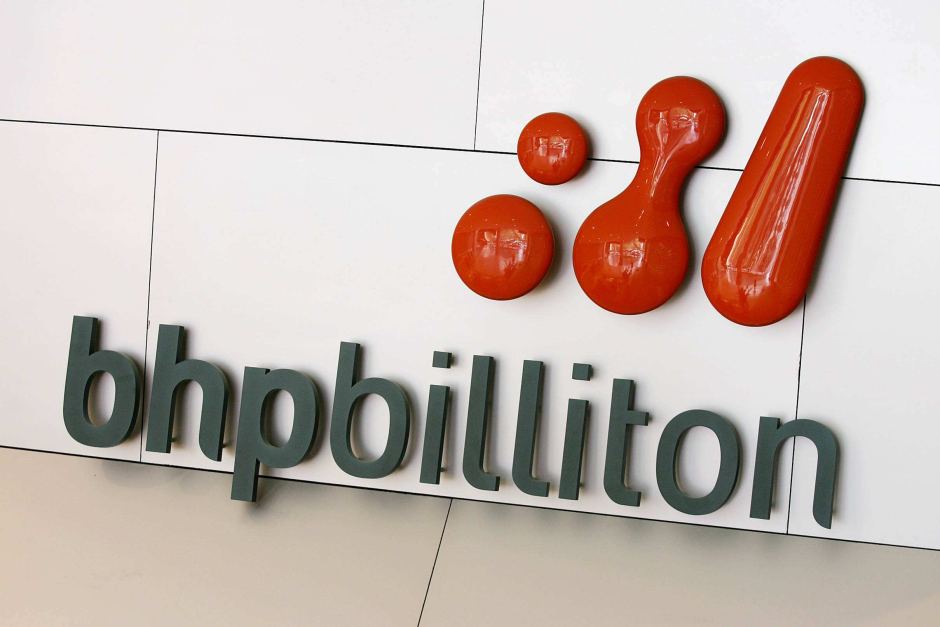 Finance week ahead: BHP Billiton to unveil a massive $10b loss, wage growth at record low

The Australian market is likely to have a soft start to the week after disappointing US retail figures on Friday chiselled the peak off recent record highs on Wall Street.

Commodities were generally stronger as oil pushed higher on speculation that Saudi producers would go back to their old cartel ways and try and stabilise prices.

Iron ore shunned a raft of disappointing data out of China on Friday to again drag itself above $US60 a tonne and gold was fairly directionless.

This week investors again have their sights on reporting season and it is fair to say the results to date have hardly shot the lights out.

On AMP Capital figures only 37 per cent of companies reporting so far have beaten expectations compared with the norm of around 45 per cent.

However AMP's Shane Oliver said there are some positives in the relatively small sample of about 20 per cent of listed companies having reported so far.

BHP to report a record loss

It will be the largest loss in a history the company can trace back to the 1850s.

Even excluding the bitter one-off medicine it will have to swallow with provisions and impairments already foreshadowed, it is unlikely there will be a lot of positive news to report.

The exceptional items, such as provisions from the Samarco mine tragedy in Brazil and various impairments from US onshore oil and gas assets, should add up to around $US7 billion ($9.5 billion), while petroleum, metallurgical and thermal coal divisions are also expected to losing money.

UBS analyst Glyn Lawcock has forecast an underlying profit of $US800 million ($1.04 billion) which would be around 90 per cent down on last year and the worst effort since 2001.

BHP jettisoned its "progressive" never-say-cut dividend policy in February after announcing an $8 billion first half loss and analysts are forecasting the full year payout may be down by 75 per cent to 32 US cents per share.

Perhaps the one positive that might emerge is this could be as bad as it gets for BHP; it would not want to get worse.

The other good news angle is for the perennially problematic gold miner Newcrest which will lose the dubious distinction of recording the biggest loss by an Australian miner, with its 2013 $5.8 billion effort now looking like being reduced to only silver medal status.

However, there are other more positive signs for Newcrest following better than expected fourth quarter production results and higher prices.

Overall the full year profit may be lower than last year but costs are coming down, free cash flow going up and the long forgotten dividend may be re-introduced, even if it is likely to be a token amount.

Energy stocks Woodside Petroleum and Santos both release half-yearly results on Friday and both will report a nasty fall in profits driven down by the oil price collapse earlier this year.

Woodside's profit is expected to be down around 50 per cent on this time last year with dividends facing a savage cut as well, while Santos is likely to swing into the red with its dividends suspended.

The health sector will also be a focus with the ever reliable CSL set to churn out another billion-plus profit (around $US1.3 billion/$1.7 billion) on Wednesday.

It is also a big week for insurers with IAG and Medibank Private reporting full year results on Friday and QBE and AMP delivering interim results on Wednesday and Thursday respectively.

Cost cutting and margin pressure are likely to be key issues.

Given the insurers' generally strong run of late, any disappointment is likely to see their share prices punished.

On the macro front labour force data (Thursday) is the main game.

A net gain of about 8,000 jobs in July has been forecast and if the participation rate holds steady, unemployment should remain at 5.8 per cent.

There will be a significant trade off between the 75,000 temporary jobs put on by the Electoral Commission slipping off the survey before July and the 39,000 added by the Bureau of Statistics for the census.

The dreaded ABS sample rotation has the potential to muddy the waters as well, with the impacts of a big survey inspired boost in employment late year unwinding, raising the possibility of unemployment edging up a notch.

Perhaps more interesting is the wage price index (Wednesday) which is forecast to show another anaemic reading with wage growth struggling to increase by 0.4 per cent over the quarter.

That would mean wages grew at 1.9 per cent over the year, the lowest reading since the series started, and certainly not the sort of momentum that will help drag inflation up off the mat.

The Reserve Bank's minutes (Tuesday) from the August meeting, where interest rates were cut, are probably going to look somewhat dated given Governor Glenn Stevens' farewell speech and the quarterly Statement on Monetary Policy have been delivered since.

US inflation and housing key influences for the Fed

Jobs and global uncertainty are always seen as the key determinants of the Federal Reserve's interest rate machinations, but inflation and the housing sector should not be ignored.

Falling petrol prices in the US should see headline inflation rate fall below 1 per cent, while core inflation is expected to show a bit of a bounce up to around 2.3 per cent.

Softer housing starts and industrial production figures on Tuesday are likely to point to the patchy nature of the US recovery.

The minutes of the Fed's rate setting committee — the FOMC — out on Wednesday may shed some light on what it all means for the next rate movement, but don't bet on it.